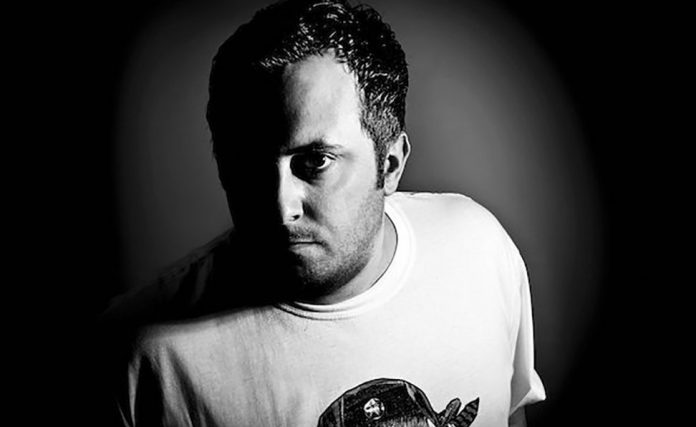 Intricacy is celebrating Trancegiving with an amazing lineup headlined by Daniel Skyver! Will you be there?

On Wednesday, November 21, Intricacy Events is prepping for Dreamstate, aka Trancegiving, by serving trance family a huge helping of delicious artists. The line-up is headed by Daniel Skyver with support from dynamic acts Casey Rasch, Kiraz, Rendon, and Zouse. Even more exciting is the Skyver will be making his Los Angeles debut, making this a must-attend event!

Though he had a penchant for trance at the start, believe it or not, this genre was not the one where Daniel Skyver initially focused. At the start, he mainly teetered between house and techno before coming to the conclusion that he would return to trance. Once he came back to the more melodic side he was there to stay, a decision in which the trance world is grateful for. He has gone on to be an expert trance DJ, producer, and remixer who releases a considerable amount of uplifting tracks via RAM’s Grotesque label. Daniel Skyver made his US debut in 2017 at Electric Fairy Tale in Fresno, played Dreamstate 2017 and will be making his LA debut at this Intricacy event!

Sharing the stage with Daniel Skyver will be Casey Rasch, Kiraz, Rendon, and Zouse!

LA-based producer Casey Rasch is no stranger to Intricacy events. He frequently graces their line-ups most notable when hosting Intricacy: UNRSTRCTD named after his label UNRSTRCTD Records.  Expect him to throw down an eclectic mix of tech and psy with uplifting trance and techno woven throughout his set.

As a former resident at Los Angeles’ iconic Exchange LA nightclub, Kiraz enraptured the crowd with her psychedelic sounds.  It’s no wonder that when Kiraz was based in Japan she was considered the leading female DJ in Japan at the time. She has set her sites on building her brand worldwide and is succeeding in this venture as she has played around the world at numerous notable festivals.

Rendon is a multifaceted artist who has the ability to read the audience’s mood and throw down trance, progressive house, techno, or psytrance depending on the energy being emitted by the crowd. Finally, Zouse is a mystery guest and mystery performer overall. It will definitely be interesting to see what type of artist they are.

Tickets are still available to catch this very special set, so grab yours via Eventbrite or enter to win a pair via the contest below!

Love Daniel Skyver? Enter to win a pair of tickets to the show!

Win a Pair of Tickets to Intricacy: Trancegiving with Daniel Skyver 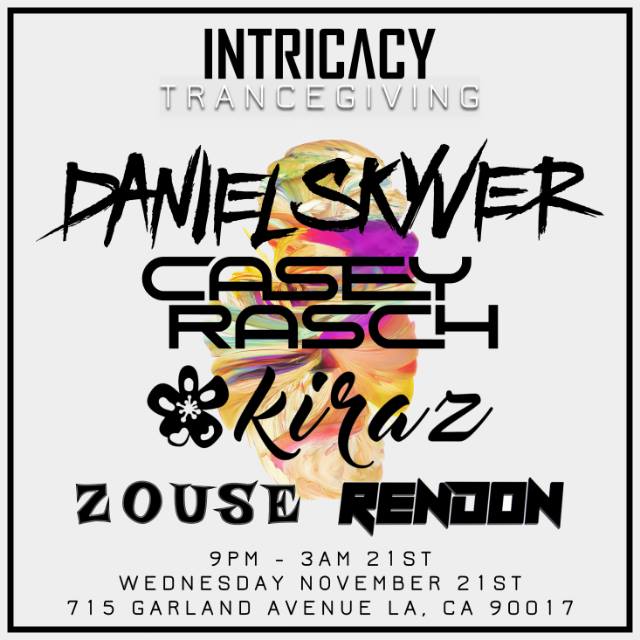 Connect with Intricacy on Social Media: 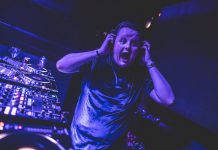 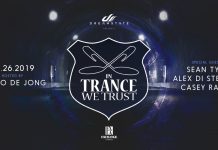 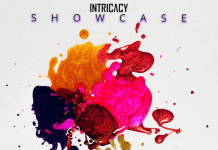