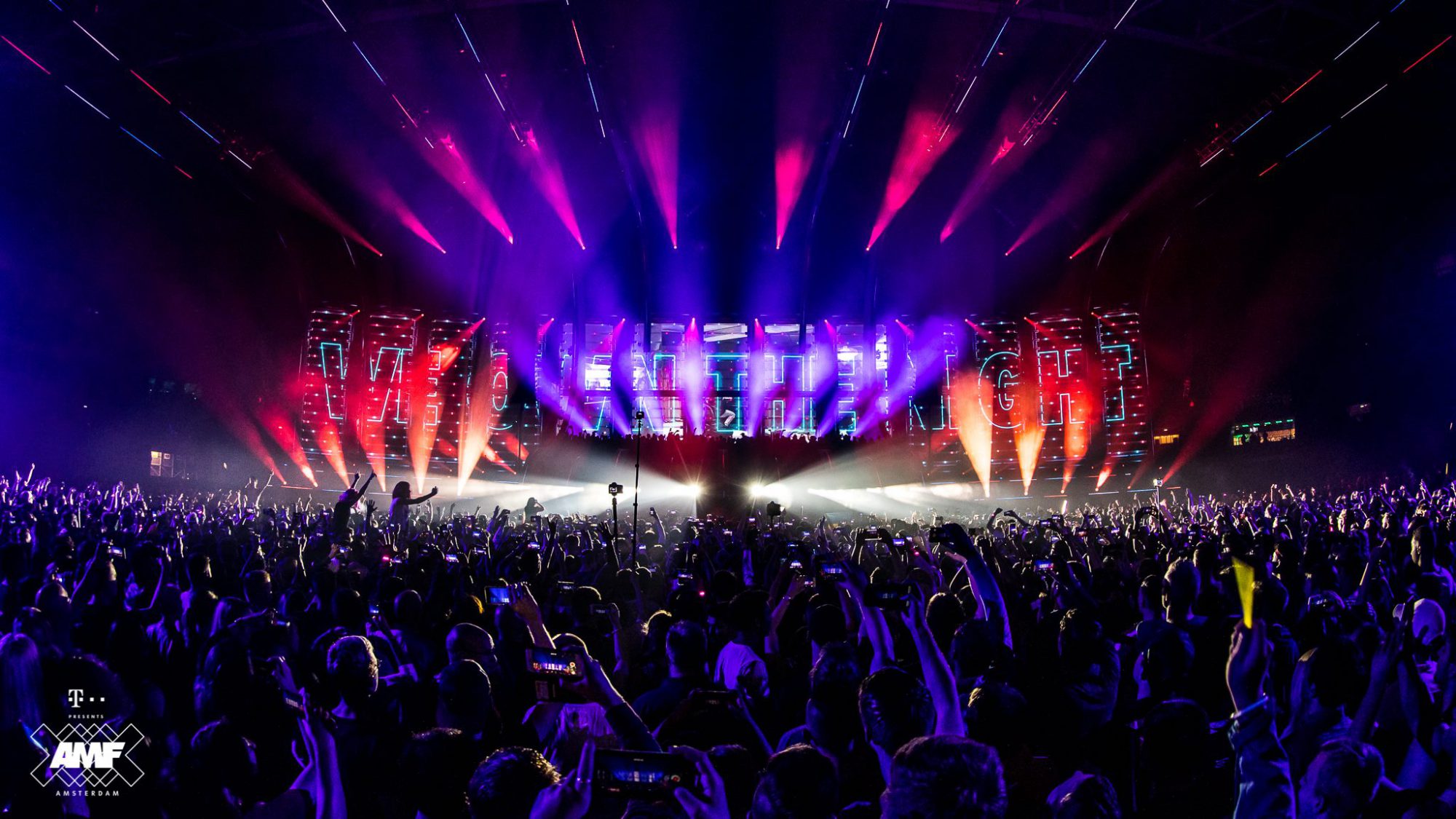 Over 40,000 fans from 100 countries packed the Johan Cruijff ArenA in Amsterdam on Saturday, October 20, for the latest edition of Amsterdam Music Festival (AMF).  Themed “We Own the Night” and decked out with cutting-edge design including trippy spinning lasers and huge Co2 blasts, attendees were provided the ultimate venue production to accentuate the biggest of big room sound on this incredible evening.

The lucky festival-goers were treated to sets from the finest DJs on the planet and the event was run concurrently with DJ Mag’s ‘Top 100 DJs’ results.  It was no surprise to see one of the evening’s premier artists take home the top prize, Martin Garrix.

Martin Garrix brought an amazing set after being crowned DJ of the year for the third year running.

Martin’s set was, as always, highlighted by a selection of his prodigious body of work with transitions handled in a deft manner for which this artist is known.  This set was symbolic of his overarching achievements and a celebration of his capturing the #1 DJ in the world honor for the third consecutive year.

Warming up the crowd prior to Martin were house music’s Lost Frequencies and Dutch duo Sunnery James & Ryan Marciano who brought their tribal sound to the masses.  Following Martin was a special b2b set with the legendary David Guetta and Dimitri Vegas & Like Mike, at one point, these three went shirtless, whipping the crowd into a frenzy during a cacophony of sound and visual delights.

The above-mentioned lineup would be enough to make an amazing show at any big-name festival but the fine folks at AMF were simply not close to being done.

After an amazing b2b set, Swedish duo Axwell /\ Ingrosso took the stage.  In what many believe to be their final set as a pair with the relaunch of Swedish House Mafia coming in 2019, these two were dynamic and created a wonderful synergy interacting with this receptive crowd.

Rounding up the festival in grand style were sets by the KSHMR, the booming sound of big room Dutch DJs W&W, Vini Vici, and the wild dance stylings of one of EDM’s most distinctive entertainers, Salvatore Ganacci.

Johan Cruijff ArenA in Amsterdam was the perfect venue for this amazing group of big room players.

Cemented as a must-see event for the consummate EDM fan, Amsterdam Music Festival offered fans who could not be in attendance a chance to see this epic performance.  AMF TV, which live-streamed the festival to more than 3 million viewers, gave followers an opportunity to see these incredible live sets, backstage interviews and exclusive behind-the-scenes footage of the event.

What an amazing evening!  AMF 2018 was a sight to behold, the excitement for 2019’s edition is already starting to build. The 2019 iteration of this festival is sure to be the event of a lifetime, don’t miss it!

Pre-register for AMF 2019 via amf-festival.com/signup today!

Connect with AMF on Social Media: