Dubstep, by and large, is a massive pool clouded with similar buildups, anticipated bass drops, and lately – angry thwomps and thrashes. In a sea of loud noises that can all start to sound the same, Phiso takes a refreshing take on the genre. You’ve probably heard of “Jotaro”, one of many essential riddim anthems that has graced many bass sets in the past few years – but this is just one example of Phiso’s wickedly murderous sound design. Released today on Never Say Die, “Pattern Screamer” is at the cutting-edge of modern dubstep.

The self-taught producer hailing from Toronto, Ontario draws inspiration from highly respected names in dubstep, including Space Laces, Svdden Death, and Oolacile, and his different take on the genre is vastly recognized. One of my favorite tracks of all time is Phiso’s maniacal VIP edit of “Nothing On Me”, and it’s impossible not to lose my shit every single time I hear it.

Though Phiso may pull from several artists, “Pattern Screamer”, as well as the rest of the Disrespect EP, is an entirely new beast. Having received praise from SKisM, FuntCase, and many other dubstep heavyweights, Phiso’s Disrespect is ironically sure to earn the respect of many bassheads with its incendiary sound design. “Pattern Screamer” is a monstrous show-stopper: with distorted warbles, metallic sonic slashes, and an earth-shaking bass quake, this tune is my favorite off of the EP. The track was shown off in a couple sets at Lost Lands 2018, and now it’s finally here!

Phiso’s Disrespect EP will be released in full on Friday, October 5. In the meantime, download or stream “Pattern Screamer” on your favorite platform today!

Connect with Phiso on Social Media: 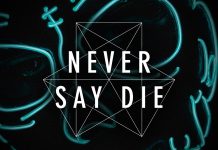 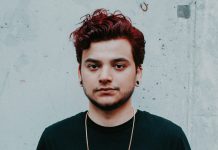 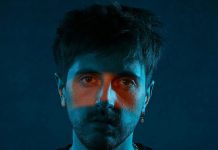