Year after year Life is Beautiful shows why it has become one of Vegas’ premier music and art festivals!

I have made the pilgrimage to Downtown Las Vegas for Life is Beautiful every year since 2014. It has become one of my favorite festivals to attend because it consistently books a lineup full of world-class musicians, artists, chefs, and comedians. With so many artists on the lineup it can be easy to simplify Life is Beautiful into just a music festival, but if you truly immerse yourself in the different experiences the magic shows abundantly.

That being said, the music will always be what attracts me to Life is Beautiful. This year’s headliners included The Weeknd, Florence + The Machine, and Arcade Fire with highly anticipated supporting sets from Travis Scott, Death Cab For Cutie, ODESZA, and DJ Snake. Not to mention there were free (with RSVP) pool pre-parties at the Downtown Grand that hosted Elderbrook, Sir Sly, and Cold War Kids as well as a handful of after-parties to keep your night going.

After working a full day Thursday, I flew from San Diego to Las Vegas and landed at 10 PM. I arrived at the El Cortez to a room full of smiling friends and family. Needless to say, I was excited to get the weekend underway and Friday was shaping up to be a solid day for electronic music.

We kicked off the festival in proper form with Elohim at the Fremont stage.

I was introduced to Elohim at Outside Lands and I instantly fell in love with her energy and sound. Her lyrics are full of emotion and vulnerability yet still have a whimsical feel paired with the infectious beats. She played an early set at the Fremont stage, but the mini hangar filled up quickly as she had the crowd buzzing with her feel-good tracks “Sleepy Eyes,” “Hallucinating,” and “Half Love.”

By the end of the set, Elohim had thrown off her cloak and was dancing and singing around stage interacting with the audience. It was the perfect way to start the festival and I felt more than energized to take on the rest of the weekend.

The sun set on the horizon and neon lights illuminated my way to the Downtown stage for Justice.

At 9:30 PM the French electro duo nonchalantly assumed their positions behind the decks and sent the crowd into a dance frenzy. This was the first set of the weekend where the production took the set to the next level. The well-known Justice crosses were projected on the screen while LED panels flipped and adjusted to create different patterns.

There was an insane number of amps stacked on each other that aesthetically looked cool, but made sure the sound was in your face. They played through their entire collection of music mixing classics with new records and by the time I knew it the set was over!

Arcade Fire stole the weekend at the Downtown Stage.

I have seen Arcade Fire before, but I was still amazed at how many musicians are in the group. Led by frontman Win Butler, the group shredded through hits like “Everything Now,” “No Cars Go,” and “Reflektor” before breaking instruments on stage and throwing water over everyone.

It was the last show of the tour and I cannot think of a better place to end it than Las Vegas; however, I did find it odd they let DJ Snake close the festival. After hearing about how standard DJ Snake’s set was, I feel it would have been a much better way to end the festival by closing with Arcade Fire.

The Art Motel was transformed into a new exhibit called “Wild Wild Waste.”

Located at 7th and Stewart, the Art Motel is one of my favorite places to take people at Life is Beautiful. In past years, Meow Wolf was responsible for curating the experience, but this year the feat was undertaken by Portuguese artist Bordalo.

Bordalo collected and arranged over 10,000 feet of recycled trash and transformed it into six larger than life art structures accurately titled “Wild Wild Waste.” Graffiti covered the walls with different expressions one of them reading “PRIZOON”. This one stood out to me because it was almost as if the animals had a sad blank look on their faces because they knew they were in that environment.

The wolves stood taller than the two-story motel while the penguins quaintly stood at eye level. There was even a life-size blue whale that stretched half the length of the motel. The structures were astounding and the message was clear; hopefully, everyone can do their part to minimize our impact on the environment.

Las Vegas is the perfect city to host an event like Life is Beautiful.

There is always something to do and the liveliness of the city breathes a whole new culture into the fest. It has been amazing to be part of the festival’s growth and see just how much it has revitalized the city. This was my fourth year attending and I cannot wait to return next year. 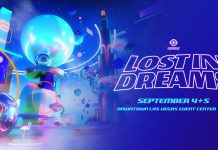 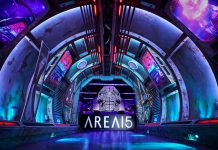 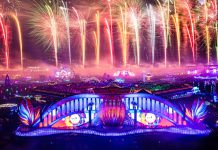