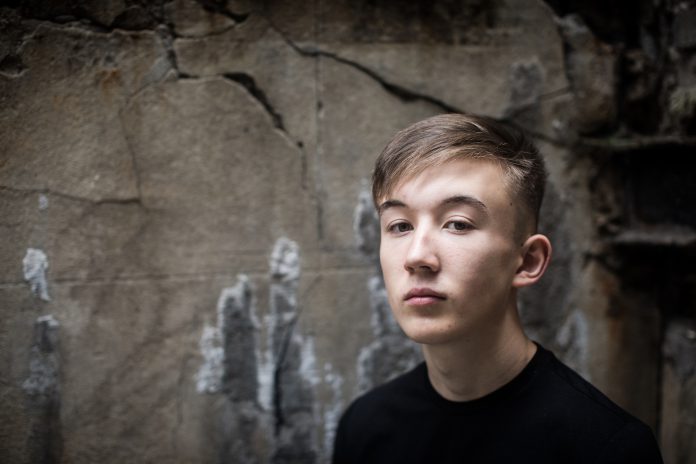 At only 18, DOMMIX has already produced some of the most impressive bass house tunes we’ve heard in years!

If you’re a fan of deep and dirty bass house, you absolutely have to check out up-and-coming producer DOMMIX! He’s bringing his own spin to the genre and pumping out banger after banger on DJ Zinc’s label Bingo Bass. DOMMIX has grown up amongst the dope UK Bass and DnB scene, which has influenced his sound significantly and given him the inspiration to pursue his own artistic career.

Playing his first DJ set this Friday in London opening for Circus stars Flux Pavilion and Cookie Monsta, DOMMIX is making big moves recently. With such impressive productions like “Pull The Trigga” under his belt, the sky is the limit as to what he’s going to achieve as a DJ and producer in the years to come.

In our interview below, DOMMIX gives us a look into his roots in the UK, his production process, and some of his favorite sounds and artists of the moment. Read on below for the full interview, and check out his dope guest mix filled with many of his original productions and tons of awesome tunes from the likes of Chris Lorenzo, Habstrakt, and Taiki Nulight.

Hi DOMMIX! Thanks for taking the time to chat with us. To start things off, how would you describe your sound to someone who has yet to hear your tracks?

Hi! My pleasure. I would describe it as UK Bass or Bass House, which draws influence from House with the four to the floor drums and typical House beats, but also from genres like Dubstep and old school UK Bassline/Garage with the aggressive bass sounds and wobbles.

What drew you to electronic music at such a young age, and when did you actually start producing?

My Dad is a big fan of dance music and so I was always listening to it from a very young age, however, when I starting getting older I starting exploring genres like Dubstep and Drum and Bass which is what inspired me to want to produce my own music. I’d messed around with software on odd occasions before this, however, I’d say the first time I ever sat down and took it seriously was at the age of 13. I seem to remember my first go being a very strange sounding Dubstep tune haha!

Your dope new track “Pull The Trigga” was just recently released on UK label Bingo Bass. How did you get involved with the label and what types of sounds define Bingo Bass as a whole?

I sent my first Bingo track “Bass Bump” over to label owner DJ Zinc and he was into it. I’ve been releasing on the imprint ever since! I would describe it as a hub for all things UK Bass really, there’s some of the more outgoing aggressive sounds but also some of the deeper slower stuff.

What elements do you strive to achieve in your tracks?

I always try to have powerful drums with a good groove, and that’s usually what I start with. Then a hard-hitting, catchy bassline on top. It’s important to me that the main sound I’m using is aggressive and unique enough to really have an impact as well. In terms of breakdowns, I like to create an eerie atmosphere to allow anticipation for the drop.

Your take on Malaa’s “Notorious” is an absolute banger, what was your creative process like when making that bootleg?

Thanks a lot! I was listening to that track loads at the time and I remember thinking it would sound awesome with a harder, more outrageous drop. So I just dragged it into Ableton and it all came together very quickly. The bass patch I created for that track is still one of my favourites now though so I’m very glad it happened!

What are three tracks that you’re obsessed with at the moment?

Who are some up and coming artists out of the UK that people should look out for?

NuBass, Kryphon, and SpaceGat. All pushing their own unique sounds and smashing it at the moment!

What would you say is your biggest accomplishment in your musical career so far, and what has been your biggest struggle?

Definitely having a few of my tracks played on Radio 1 by TQD, I’ve been listening to the station pretty much my whole life so it was bit surreal! My biggest struggle was trying to push my tracks out there for people to listen to as for a very long my stuff wasn’t getting much attention and it can feel like you’re getting nowhere, however, you’ve just gotta stick at it.

What can we expect from DOMMIX in this coming year?

Lots of new releases pushing some new sounds and hopefully some more DJ Sets, I’ve got my first one on the 21st!

Lastly, what is the electronic music scene like in the UK currently? What types of sounds and events are most popular at the moment?

I’d say at the moment to main two scenes are the Tech House/Techno scene and then the more filthy UK Bass and DnB. Unfortunately where I live there’s a lot more of a Tech House scene so not a lot of opportunities to play out locally, however in places like Birmingham, Sheffield and Nottingham the bass scene is absolutely booming!