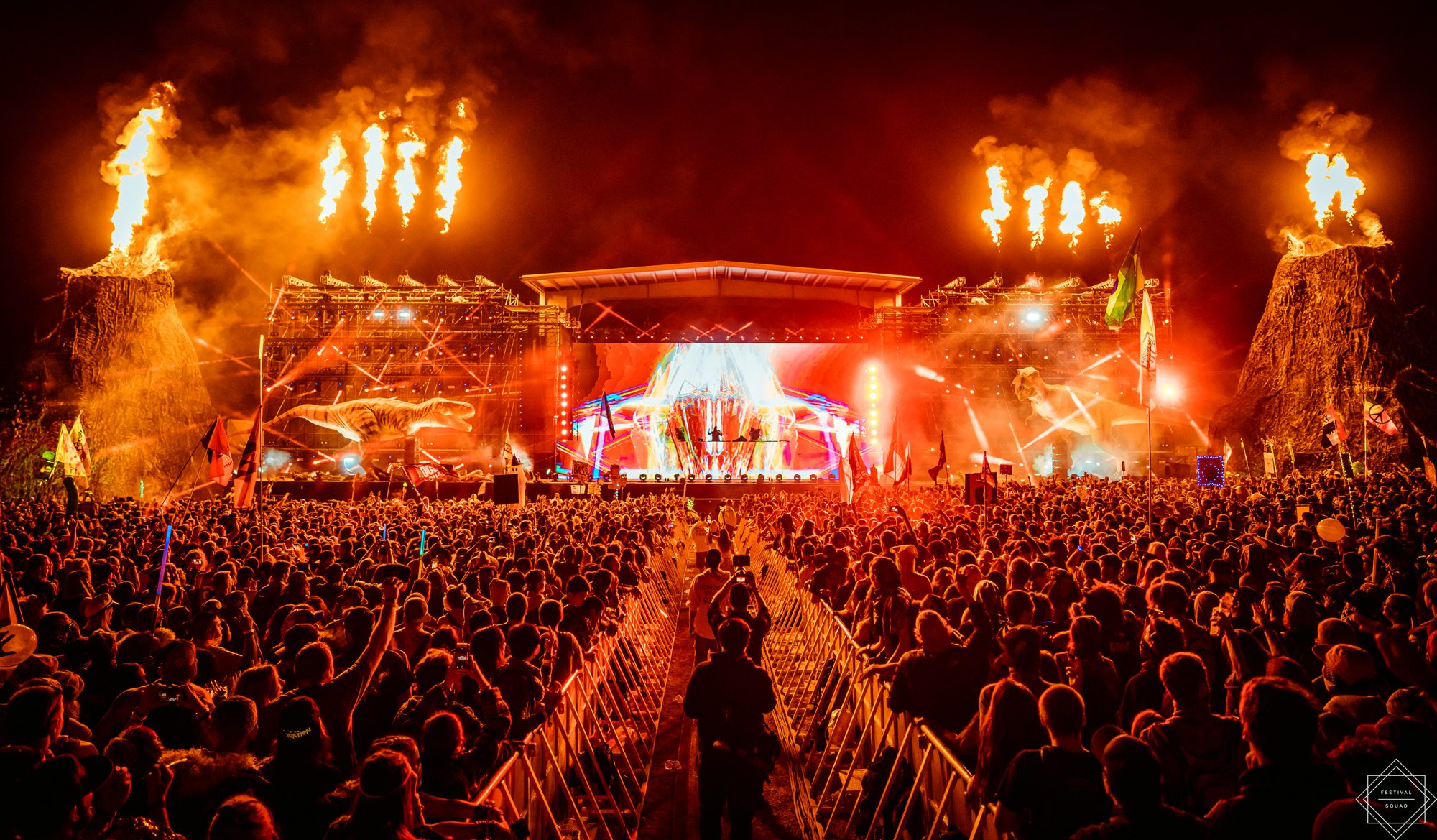 With Lost Lands 2018 around the corner, Jayce takes a look at her legendary experience last year!

We’re less than two weeks out from the second edition of Lost Lands Music Festival, and I couldn’t be more excited. Since its debut in 2017, I’ve been gearing up for round two in bass music heaven. The past week has consisted of warming up my neck to some of my favorite heavy dubstep tracks and getting wook-y in the mirror to freeform bass. Now that headbanging with dinosaurs is on the horizon, I can’t help but look back at last year and reminisce over my first-ever bass music festival.

My Lost Lands experience started off a little different than most: with a car accident. En route to the festival, the three cars in our caravan ended up colliding with each other due to a serious backup in traffic. We rolled into Lost Lands in style, with one of the cars left totaled at a nondescript auto shop and another with its bumper wrapped in multiple layers of duct tape. Despite being pretty shaken up, we set up camp and laughed over the fact that we still managed to make it in time to slap on some glitter, throw on a pashmina, and head into the festival.

Lost Lands is definitely different from any festival I’ve ever been to.

I can’t describe the feeling I felt when I passed security and cavemen on stilts stalked throughout animated dinosaurs. Just a few months prior, I had gone to Bonnaroo for my first time, but this crowd was nothing like the Bonnaroovians I had grown accustomed to. Lost Lands was my first look into the die-hard bass scene and its many faces. All across Legend Valley were girls decked out in all black with collars and leashes and others donning harems, pashminas, and hoods adorned with a plethora of pins.

Bass shook the very grounds we walked on and people headbanged as they bounced between food vendors. It wasn’t until we approached the Prehistoric Paradox stage, the then-mainstage of the festival, that I could feel bass so loud and heavy that it trembled throughout my body. Suddenly, I felt like I was at home.

With everyone attending this festival for the first time in its existence, the energy was unmatchable. Everything was so new and yet so familiar.

Over the next three days, the bass-hungry entity inside of me awoke and devoured each set. Between the swell of emotion with Illenium and Zeds Dead, pure dubstep mayhem for three days straight with Excision, and sticky experimental wubs with Liquid Stranger and Space Jesus, Lost Lands was without a doubt my favorite festival. From Excision’s flawless execution of his first-ever festival to the beautiful community of headbangers to the limitless Spicy Pie, Lost Lands was everything my heart had been yearning for. 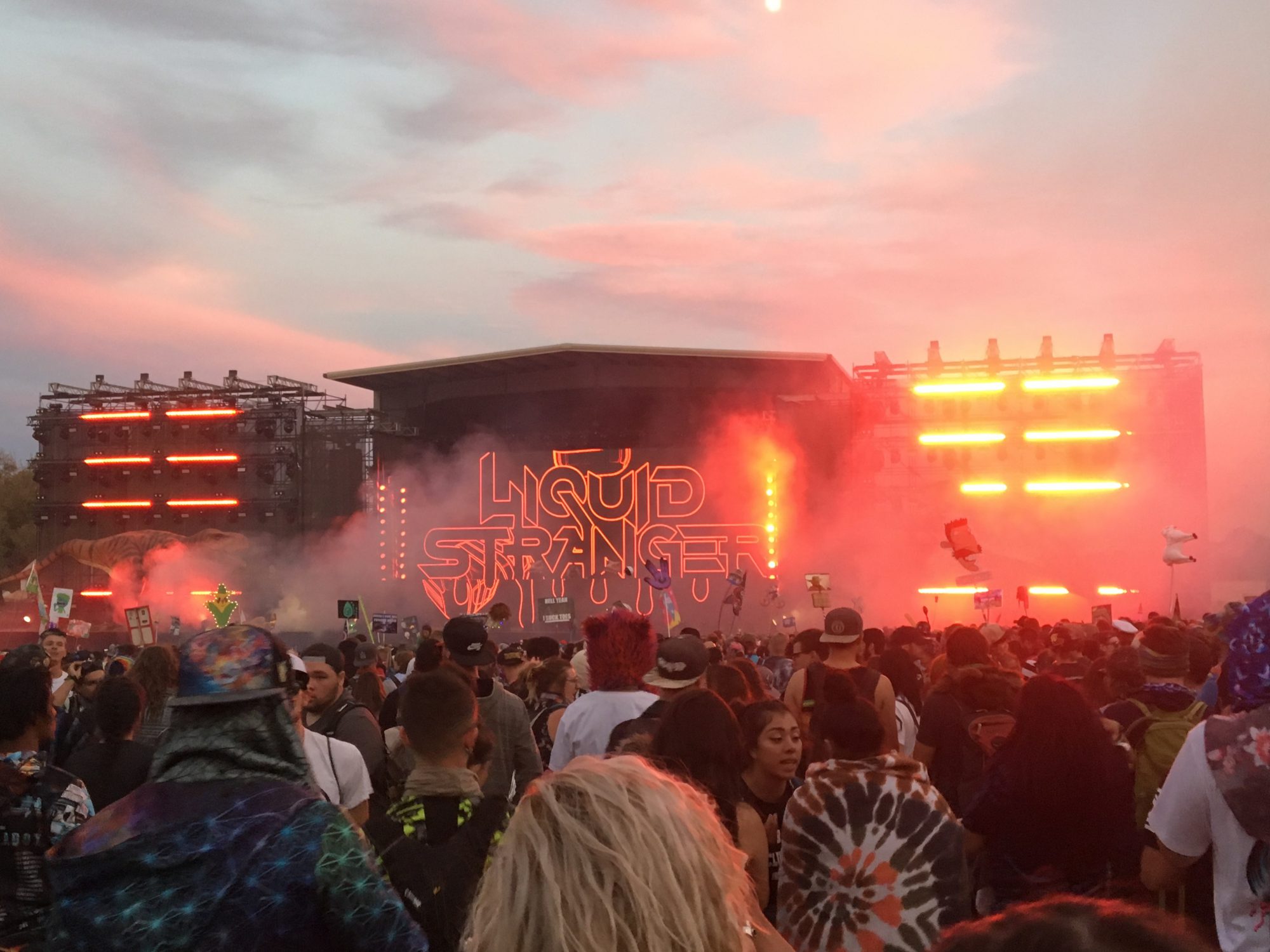 So what can we expect this year?

Nothing will ever come close to the feeling of walking into Legend Valley for the first time, unknowing of what to expect alongside thousands of other Lost Lands pioneers. But 2018 is about to be huge. Strapped with two main stages, a huge lineup, sound camps, and a pre-party consisting of endless b2bs, Lost Lands 2018 will make history, and I can’t wait to be part of it for a second year.

Want to join thousands of prehistoric headbangers? It’s not too late! Grab your tickets via LostLands.com. Tickets are 95% sold out, so don’t wait!