It’s pretty much guaranteed that anything released on Wakaan, the pinnacle of experimental bass labels, is going to be wonky weird bass goodness. Freddy Todd‘s Chrondor EP is something entirely different from the rest of Wakaan’s signature wubs. Combining silky smooth funk fusion and acid-dripped bass bobbles, this five-track collection is a relentless brain flip. The lead track “Chrondor Crunkedelia” takes upbeat instrumentals and otherworldly sounds, and the result is a futuristic atmosphere of sonic curls and croons.

Visuals in the experimental bass scene somehow find a way to bring to life exactly how our minds and bodies are feeling when we’re subjected to these weird wobbles. A perfect example of this is Freddy Todd’s release of visuals for “Chrondor Crunkedelia”.

Clocking in at just under two minutes, this video is probably one of the weirdest things you’ll see this year, and I can’t get enough of it. Stream or download Freddy Todd’s wonderfully strange Chrondor EP via your favorite platform, and read on for a look inside these crazy visuals!

The video clip’s main focus is none other than Freddy Todd himself, incorporating some stellar dance moves amidst a backdrop of animated weirdness.

The video begins in a desert of sorts with Freddy Todd atop a floating stone fixture. If that doesn’t sound weird enough, don’t worry, snapshots of octopi, random explosions, and target scopes make casual appearances throughout the clip’s entirety. At one point, Freddy Todd stops to casually put on a pair of sunglasses and smile awkwardly at the camera before waving his arms to the rhythm. Not to mention, he’s wearing a full-fledged coat while casually doing the arm-roll in the forest.

As weird and extremely comical the visuals are, the clip emulates every single bip and bobble in “Chrondor Crunkedelia”.

I can’t get enough of each phase of Freddy’s dance moves ranging from a simple jog to throwing his hands up and around as if in confusion like even he can’t understand how these sounds came to exist. Everything in the video is completely random and yet makes total sense. If I were to explain to someone outside of the scene how bass music makes me feel, this is the first example I would show them.

What are your thoughts on the visuals for “Chrondor Crunkedelia”? Leave us a comment! 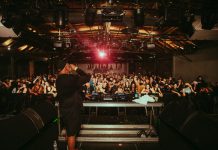 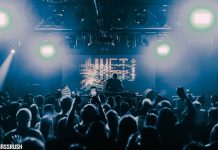 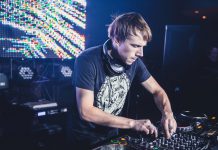