The Landing Volume 080 || Fresh Tunes From This Week! 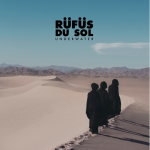 Stuck “Underwater” with a new track by RÜFÜS DU SOL!

The Australian trio, RÜFÜS DU SOL, is back with a new stunning single off their upcoming album, “SOLACE”. When “Underwater” starts, you kind of feel as if you are actually submerged in water. The intro has a muffled and murky sound with distant euphoric vocals guiding us into the waves of our own mind. While the lyrics have a sad story behind them, their signature catchy indie-house beat gets your body moving with a smile on your face. – Julia 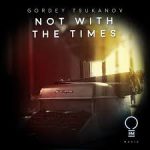 Gordey Tsukanov lives his reality, “Not With The Times”

Dashing the limits drawn out by the concept of time, Gordey Tsukanov delivers us into a state of release with “Not With The Times”, out now on OHM Music. Wrought with dark trance progression, this snippet of dance floor artistry will leave you covered in goosebumps as Gordey unweaves the bondage of modern-day pop expectation.

As my mind becomes encapsulated in the mystical melody, I allow the far-off call of crystalline sound details to whisk me far off into a wormhole of tonality, transporting me away from myself and into a universe where trance lives in its most honest and inspired design. It would be wise to keep your eyes and ears planted firmly on Gordey Tsukanov as he brings us forward into the next era of conceptualized trance euphoria. – Maria

Stream Gordey Tsukanov – “Not With The Times” on SoundCloud! 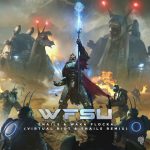 Since FuntCase’s remix of Snails’ and Dion Timmer’s “Forever”, bassheads have been waiting for more Snails remixes. Finally, Snails and Virtual Riot have come together to deliver this slurpy bass explosion of “WFSU” feat. Waka Flocka Flame, one of Snails’ most recognizable tracks.

Featuring a detonating buildup and sharper stabs of bass, this remix is bound to get headbangers going in sets to come. Just recently, Snails has announced his own label entitled SLUGZ Music, so we can expect more grimy dubstep bangers in the future. If you can’t get enough Snails’ signature vomitstep, be sure to catch him at Red Rocks for Sluggtopia 2 on October 5. Purchase your tickets here and check out this hot new remix! -Jayce 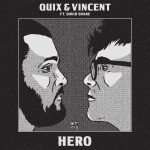 Vincent and QUIX show you who is a “Hero”!

Trap aficionados will absolutely love this powerful collaboration between Vincent and QUIX. Both artists bring their unique styles to this massive song that has already been beginning to circulate in the festival circuit. “Hero” features vocals from David Shane and then drops into heavy drums and wild synths. The track features two distinct drops as well and you’ll want to immediately repeat the song over and over after the first listen! – James 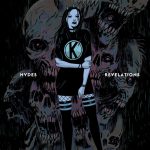 There is no stopping this infinitely talented producer as she continues to release insane originals that have had my ears buzzing with each listen. After releasing a handful of singles including “Burn The Witch” and “Fuck My Nose Up” HVDES has blessed the music world with her debut EP Revelations.

The EP starts with the self-titled track “Revelations”. As the eerie vocals lure you into the darkness you are suddenly jarred by deep horns and rising screeches. The drop has a Justice-like feel but is unlike anything I’ve heard before. HVDES simply has a style that makes you want to get down and the rest of the EP is just as fire. Be sure to keep her on your radar! – Zach 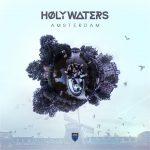 Get ready for the next major trance duo coming into the scene: HØLY WATERS! When I first heard about the partnership between Roxanne Emery and Ciaran McAuley, I could hardly wait to hear their first track together.

With the song, “Amsterdam”, Roxanne Emery takes us on an emotional journey with the tenor of her voice and lyrics. The lyrics that many people can relate to about “the truths of sentiments unreciprocated.”

Combined with the melody of Ciaran McAuley feels like a perfect match to the lyrics and vocals. It has the right amount of laidback tempos and delayed piano notes. This emotional track that kicks off the beginning of an amazing musical partnership and I can’t wait to hear more HØLY WATERS. – Lisa

Make sure to watch the “Amsterdam” lyric music video on YouTube directed by Rowan While! 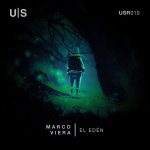 One of our favorite artists coming out of ICON Collective is the LA-based Anakim. We teased that he had a remix in the works in our recent interview with Anakim, and now it has finally been released. Taking the reins from Marco Viera and putting his own spin on “El Edén”, this remix is one that you need to be tuning in to immediately if you’ve been digging the sounds of the underground. Hopefully, we’ll begin to see more tracks like this coming from Anakim’s studio, and with an EP release on the horizon we can’t wait to see what’s in store. – Grant 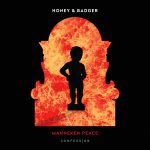 Out now on Tchami’s CONFESSION label is the very first single on the label from Honey & Badger dubbed “Manneken Peace”. This deep, heavy house track gives us some serious vibes and an infectious g-house style that few have been able to tackle in a proper way. Read their thoughts below and don’t sleep on this absolutely infectious tune. – Grant

“Manneken Peace was born out of a common desire to create a simple yet intricate track led by a powerful rhythm, groovy beats and inspired by tech and G house sounds. The title of the track is a direct reference to Belgium’s most famous monument called ‘The Manneken Pis.’ Our motivation stems from the love for our country which we want to share with the world. We’re proud to be releasing our very first single on CONFESSION and thankful to Tchami for trusting us and believing in our music.” – Honey & Badger 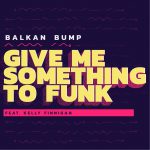 Balkan Bump brings the funk on his latest release!

If you love funky electronic music, then this new release straight from Balkan Bump’s studio is definitely for you. Featuring elements of funk, big bang horns, and an infectious bassline, you won’t be able to keep yourself from moving to the beat. Adding to the fun on the track is Kelly Finnigan, who really brings some extra love to the tune. My personal favorite portion of the track is the trumpet solo which really shows off the skills that Balkan Bump can bring to the table in blending elements of past eras of music with the modern electronic scene. – Grant

Stream “Give Me Something To Funk on SoundCloud!