Hybrid Returns with Light Of The Fearless and It’s Gorgeous! 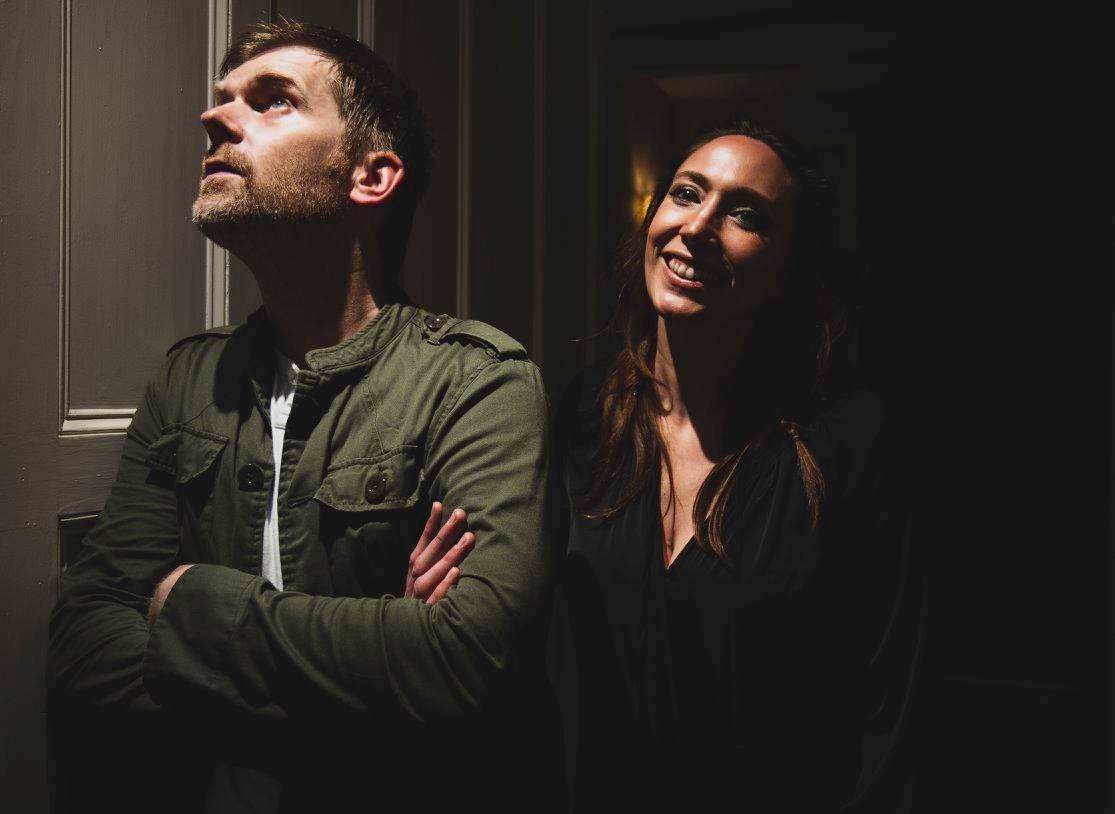 When legends return in the electronic realm, people tend to wonder why.

Hybrid, the UK group behind epic tracks like “Finished Symphony” and “The Formula Of Fear,” returns in 2018 with their fifth studio album. Light Of The Fearless is a romp in the realm of break-beat – disruptive but meaningful and powerful in its precise delivery.

There’s little to hide here – Hybrid’s catalog dates back to their first album in 1999 and includes over twenty credits in the film and theater world. Much of that catalog was produced when the group was a trio. Today, Hybrid operates as a duo – a married couple in fact; a cohesion which pronounces itself throughout the album.

Light Of The Fearless continues the sound Hybrid’s held up for years: combining rhythms from the break-beats and the melodies of trance to create cinematic, practical electronic music. Steadfast, Hybrid produced the album as an eight-year journey. That journey winds through experiences and influences brought on by the world in which the two talented musicians lived. With that in mind, stream the album below, grab it on your favorite platform and let’s dive beyond the basic and find the light inside without any fear.

Stream Hybrid’s Light Of The Fearless on Spotify:

When one thinks of Hybrid, there is but one word to use: cinematic.

Mike and Charlotte’s work in the realm of cinema brilliantly bleeds into the album. There’s little surprise hearing brass and woodwinds throughout; Charlotte’s work in the classical realm over the past ten years pays dividends to the album’s mood. For those wondering, performing the orchestral parts is The City of Prague Philharmonic Orchestra – a credit worth noting as they contributed on eight of the album’s ten tracks.

Light Of The Fearless is a creative opus for the electronic realm – one where the benefits of political activism (the duo cite the Heads Together campaign, March for Our Lives 2018 and the Women’s March of 2017 as thematic influences) and an unwavering commitment to evolution combine in positively resolving issues, whether they be equality or depression.

This is not a political album – there’s no call to action or hate expunged in any aspect of the album. Instead, it is a resolute bastion of wanting more and growing beyond the bounds of everyday concerns. A perfect example of this is “Light Up,” a track we previously covered in an edition of The Landing.

To discuss one other aspect regarding influences – the album lacks a purist enterprise. Yes – it straddles the definition of break-beat music combined with other overarching electronic music elements but it also pulls in plenty of influence from rock music, funk, and even soul. Let’s explore some of these in the album’s escapade below.

Breakdown the message and its multiple forms.

If one capitalizes on the overarching theme of the album – growth, buoyancy, and embracing the chaos – you’ll quickly hear the story the score, because this album blends a cinematic score together, sets out to discuss. The title gives it away – Light Of The Fearless‘ journey of overcoming the odds, of showing the light within, hurdles any barriers before us.

When we look at themes and the influence of rock, we’d be remiss not to look at “Beauty Queen” and “I Won’t Back Down”.

The latter is no surprise – it’s a cover of Tom Petty’s hit by the same name, and staples the album’s closing moments down with a subtle beauty in the whimsy of their style of producing music. A truly touching moment of beauty, picturesque even, in an album that winds through so much. “Beauty Queen” is, on the other hand, a ruckus. The song is bombastic without being egotistical or antagonistic. It effortlessly embraces the mantra of: “I am who I am – take it or leave it.”

Funk pops out in full force on “Hold Your Breath” and “Superpower”, two songs early in the album.

“Hold Your Breath” is an easy fan-favorite of letting go and releasing that one thing that holds you back – shaped in the story of a relationship here. “Superpower” offers hope for those lost in darkness. Partially inspired by the death of Charlotte’s mother in 2012, it exclaims in resplendent joy “when it’s dark, the stars come out.” “Superpower” utilizes the power of The Birmingham City Gospel Choir – giving it an easy air of uplifting joy, and adding additional power to the chorus lines of “I know you are unstoppable, you show that anything is possible.”

Drum & Bass influences are present on the album too.

Opening track “We Are Fearless” plays to the best of older Pendulum when they decided to do something moody and cinematic.  In fact, “We Are Fearless” may do Pendulum’s vibe better than Pendulum themselves. Flip that mode with “Down To The Wire” and its slow down-tempo chill-out vibe before breaking away with darker drum and bass vibes halfway through.  There is undoubtedly something going on here – and that something is stunningly pulled together by Hybrid.

“Long Time Coming,” “Shaking” and “Usual Rules” also play out just as effortlessly stunning – each exuding a simplicity that is anything but!

In principle, these songs may feel less complex than the counterparts above, but in actuality, if you listen to the details, the tracks are impeccable and showcase the talent of the two artists at work.

It offers a wide swath of sonic forms – funk, drum and bass, rock, and soul – in a package rooted in the present.  Whether you enjoy who they were, or discover them for the first time in Light Of The Fearless, you are sure to enjoy the trip.  Capturing the mind’s eye is something this album does without effort – the story unfolds, the tapestry is woven and the canvas painted, and each segment remains elegant and resplendent.

Get this album, put it in your car, on your phone, or stream it – whatever you do, add it to your library. There is no doubt how this one will age – it will remain beautiful to listen to for years to come. 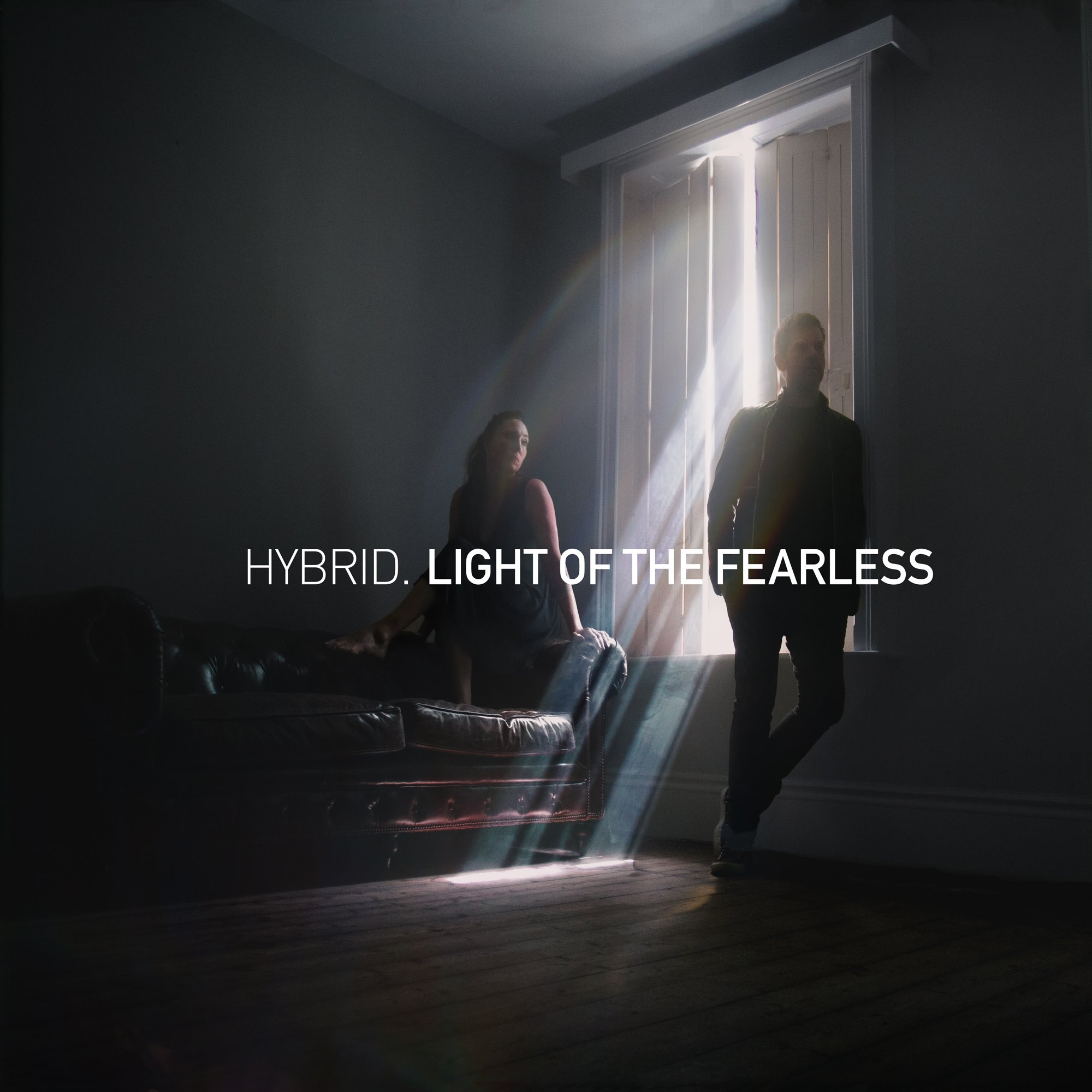