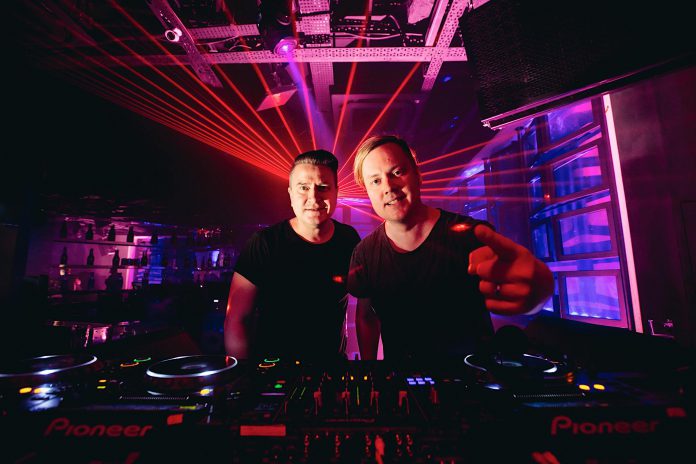 Super8 & Tab make their way over to Avalon Hollywood this weekend to take us on a trance-fueled night of dancing on June 23!

Between switching labels and making new tracks, Super8 & Tab have been making some serious waves lately in the trance scene. Upon signing onto Armada, the two began working on new music as well as the Reformation albums. Luckily, the stars aligned and we’ll be seeing the kick-ass duo take over Avalon Hollywood on Saturday, June 23 for an extended four-hour set.

Wondering what to expect from Super8 & Tab during the night? Super8 & Tab promise great songs from their own discography as well as a wide swath of special mashups over the course of the set. Their raw energy can be seen in their mashup of Above & Beyond’s “Northern Soul” with their track, “Pressure” as a case in point of elevating songs in ways I never thought possible.

Super8 & Tab’s remix of Andrew Rayel’s “I’ll Be There” featuring Eric Lumiere as another example of their timeless style. Within seconds of listening to the track, I immediately knew the remix belonged to them. The layers and layers of synths mixed with upbeat music patterns gives the track a more “festival” friendly sound. If you dive into the extended version of the remix, it exemplifies their sound but balances the soft parts of the original. Hopefully, they’ll be gracious enough to play the extended version for their big Avalon set.

We can hardly wait to travel to one of our favorite LA Trance hot spots and dance until the sun rises. Not only do we get a four hour set from Super8 & Tab, opening up for them will be CaliNovas and Revkin. Let’s journey to Trance heaven together!

Grab tickets now via Ticketfly or enter our contest on Instagram below!

Enter our contest to see Super8 & Tab at Avalon Hollywood!