It’s that moment that die-hard RÜFÜS DU SOL fans have been waiting for, more music from the renowned trio!

Over the past few years, RÜFÜS DU SOL has been on a monumental rise to the top of the indie dance scene with releases like “You Were Right” and “Innerbloom”. Their tracks have been well received by tastemakers and fellow artists alike as many artists in the realm of house music have even put their own spin on the massive tunes. After a few years of silence from the trio as they worked away in their studio, we now have something new to put on repeat just in time for the summer season, “No Place”.

Working on their third album in Venice, California while soaking in the desert landscapes and beautiful weather, we are excited as ever to hear some new music from RÜFÜS. “No Place” is a goosebump-inducing tune that shows off their indie vibes that are blended perfectly with the vocals and drums found throughout.

When asked about the upcoming album the trio stated:

“It feels like a new RÜFÜS. We are inspired by our new home out here, by the people we’ve met and the music we’ve heard along the way. We’ve got a refreshed sense of ambition and cannot wait to share our creation with the world.”

Download or stream “No Place” on your favorite platform today!

Earlier this year RÜFÜS DU SOL announced a show in Los Angeles at the Shrine Expo Hall this November, their return to Los Angeles to perform in quite some time. Selling out just minutes after the release, a second date was added to help give more fans an opportunity to catch them play live in the City of Angels. Details on this upcoming show can be found in our post, or alternatively, you can catch the trio performing at these shows below! 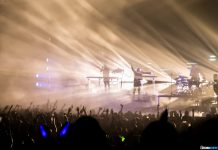 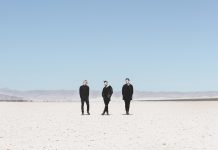