AMFAMFAMF Drops Inaugural Lineup For All My Friends Music Festival

The inaugural edition of All My Friends Music Festival is set to be a massive one with artists like RL Grime, Justin Martin, Jamie XX, and more!

After announcing that AMFAMFAMF would be bringing their first-ever All My Friends Music Festival to Downtown Los Angeles earlier this spring, many were wondering exactly who would be taking the stage at the festival. Dropping the first artists soon after the announcement it was clear that this festival would be stacked with talent beyond the world of electronic music over the weekend of August 18-19 this year.

This week, AMFAMFAMF dropped the full lineup for fans to feat on, and it’s as jampacked as we thought with some serious names in the realms of house, techno, trap, and hip-hop. We were stoked to see some of our favorite house artists like Justin Martin and Claptone joined by Chris Lake and Chris Lorenzo, all of whom will be playing some sets to keep crowds dancing the entire time.

Aside from other major names like Barclay Crenshaw, RL Grime, Anna Lunoe, and Armand Van Helden, we were also excited for Moon Boots, Cut Chemist, and Golf Clap to get some love at the three-stage festival. Watch the trailer below, read on for the full lineup, and let us know if you’ll be attending the first-ever All My Friends Music Festival in the comments!

All My Friends Music Festival 2018 Lineup: 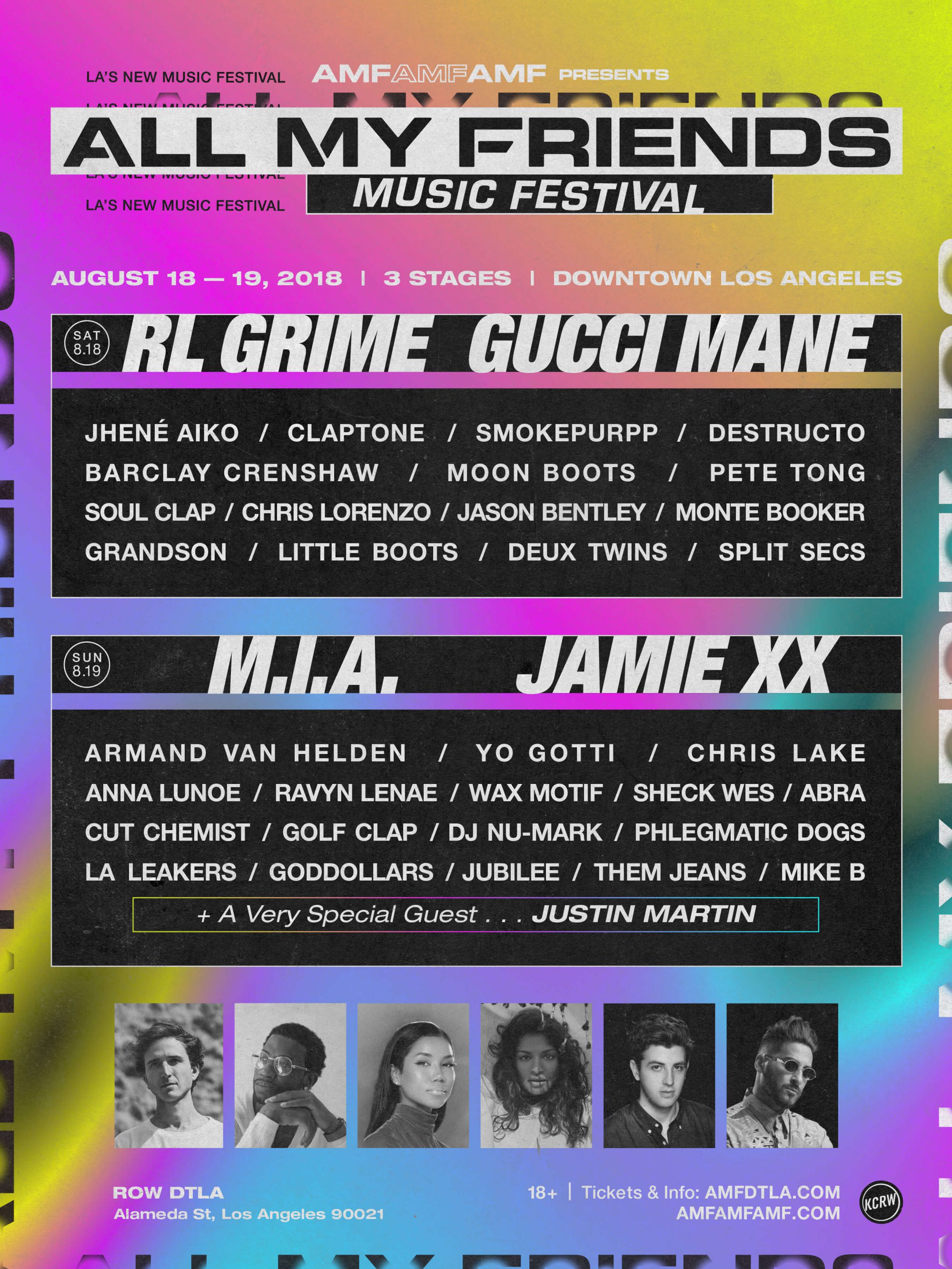 All My Friends Music Festival 2018 – Lineup By Artist:

Connect with AMFAMFAMF on Social Media: