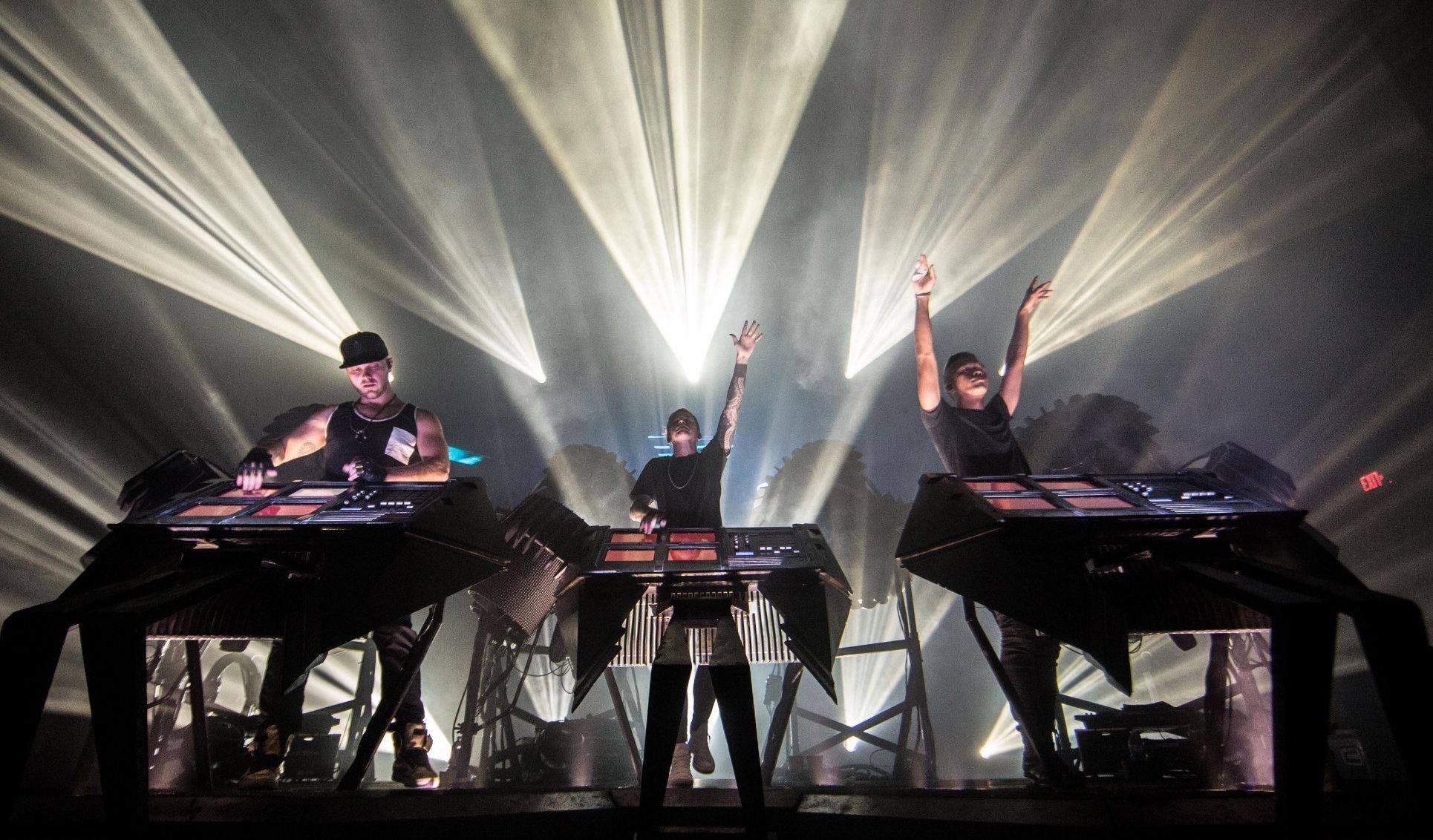 The Glitch Mob will perform their new album See Without Eyes with an updated stage design at the Commodore Ballroom!

See Without Eyes marks the triumphant return of The Glitch Mob and Vancouver will play host to the trio on May 14 at the Commodore Ballroom as part of their 2018 tour. Every single released ahead of the album makes us believe this will be their best album and tour yet, featuring the hard and mesmerizing sounds we’ve come to expect.

Along with excellent new music, get ready for their updated custom stage design, appropriately dubbed “The Blade 2.0”. It was designed by Martin Phillips who created the famous Dark Punk Pyramid. The updated design was reconstructed to allow you to get a better look at The Glitch Mob performing on their custom-made instrument.

Joining the tour is Elohim, who is fresh off the release of her self-titled, debut album full of beautiful vocals and atmospheric future bass. Support also includes live electronic keyboardist Anomalie from Montreal, QC.

A Meet and Greet VIP Package is also available for CAD $130.00 that includes your admission, a photo with The Glitch Mob and The Blade, early entry into the venue, an exclusive VIP merchandise package, plus hospitality concierge. If you already purchased your ticket to the show and want to upgrade, you can upgrade to the VIP package at a reduced price on their website.

Watch the music video for The Glitch Mob – Go Light on YouTube:

The Glitch Mob “See Without Eyes” Tour in Vancouver, BC – Essential Info: 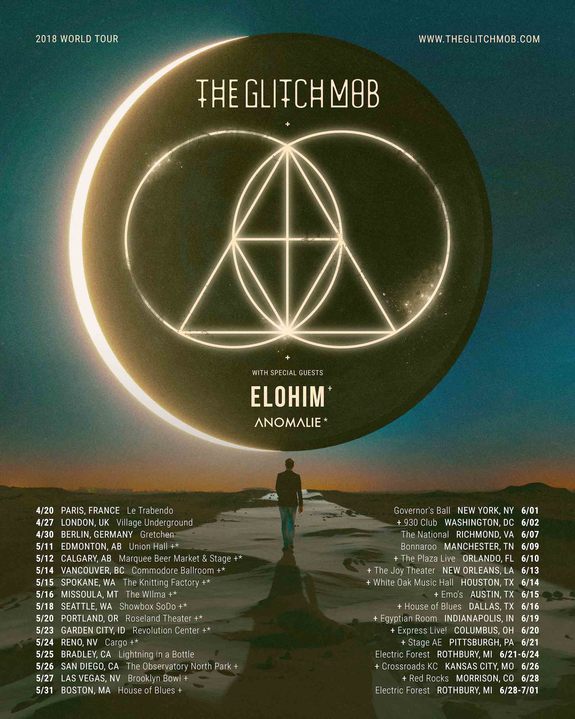