Bondax is Set to Take Over Audio SF For a Night to Remember on March 17! 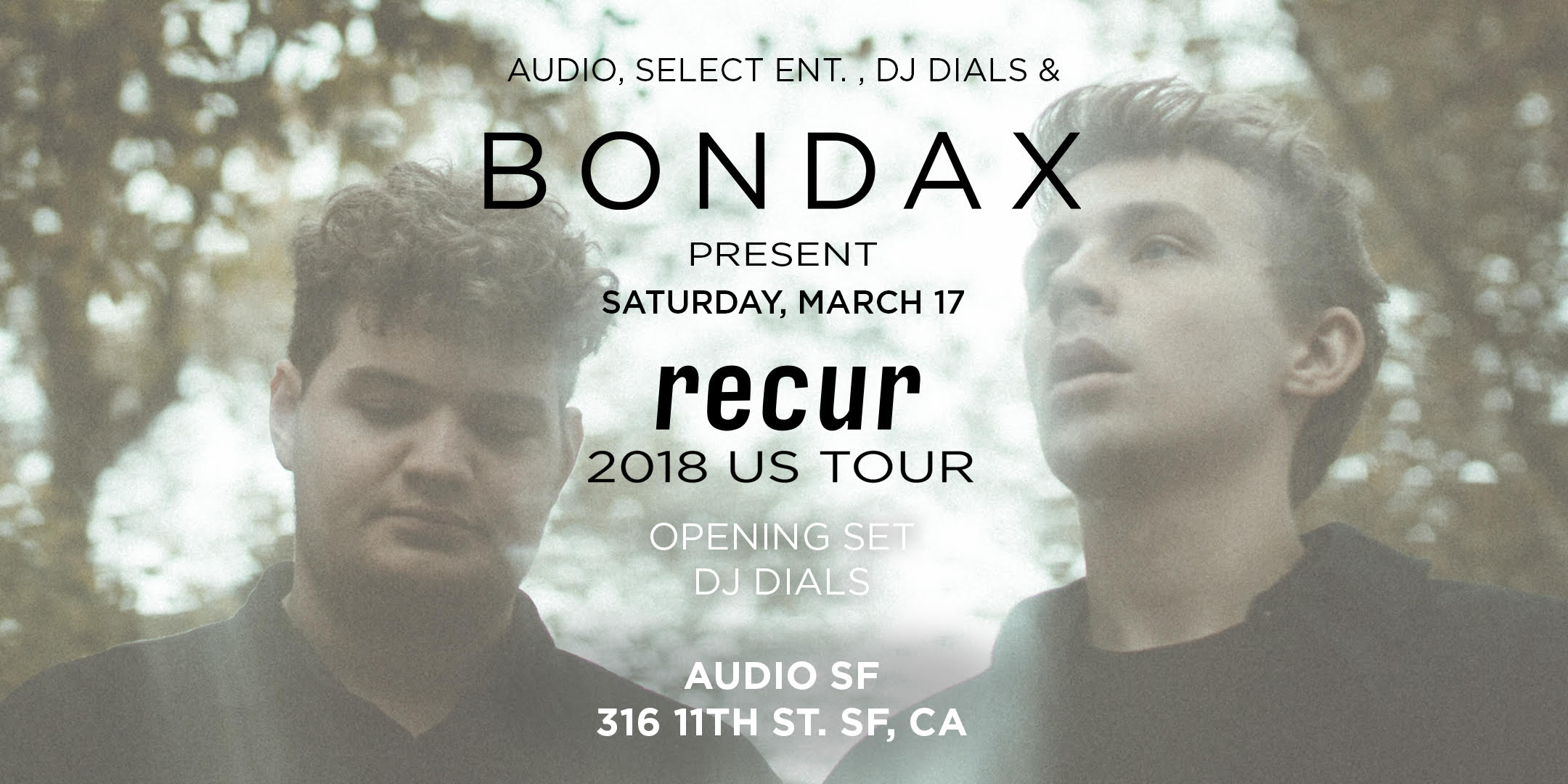 On March 17, Bondax is set to deliver their futuristic, feel-good sound for an evening to remember at Audio SF!

Manchester-natives George Townsend and Adam Kaye make up super-duo Bondax, who have crafted their sound expertly and the result is millions of plays and tours around the world. Their style is often described as upbeat, easy listening, but crafted so well at the same time. This duo has risen to fame through the Majestic Casual YouTube station, where their remixes and singles have garnered lots of publicity along with their radio show.

After a three-year hiatus in which they traveled the world, Bondax announced their return with a new track, “Neo Seoul”, and a coinciding tour dubbed recur. The tour will be taking the duo across the entire United States and eventually crossing the pond to close the run in Europe. Whether you’re catching their set in San Francisco, Los Angeles, London, or Berlin, this show is definitely one that you shouldn’t miss!

The venue that Bondax is set to play in, is the spectacular nightclub Audio SF. Located directly in the heart of downtown San Francisco, Audio has hosted some big name DJs such as AC Slater, Claptone, and Wax Motif – just to name a few. The venue is fully equipped with a Funktion-One audio system along with state of the art 3-D visuals. We’re positive you’ll enjoy the entire night!

Tickets are available for the show via Eventbrite, grab them now before they sell out! 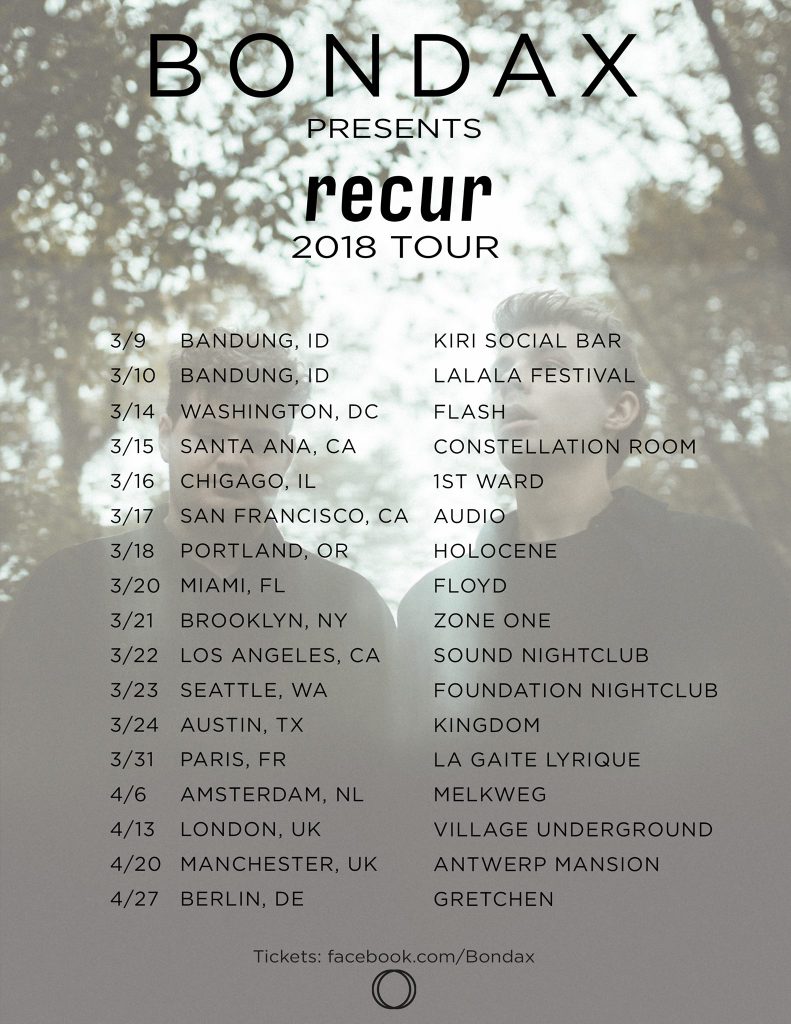