If you love house and techno, you won’t want to miss out on the Playground Camp Fundraiser Party in San Francisco next month!

While many have fallen in love with Carl Cox over the years at parties around the globe from Ibiza to Las Vegas and more, many have also found themselves dancing to his legendary sets at Burning Man. Carl Cox’s deep passion for the festival in the middle of a dried-up lakebed in Northern Nevada led him to begin his own camp dubbed Playground.

Since the first year it arrived at Burning Man until the present day, Playground is Cox’s way of giving back to the festival that has provided much love back to him. Although the camp started small it has grown into a must-attend camp for those looking to dance late into the night while at Black Rock City.

Announced today, Carl Cox’s Playground is looking to raise some funding for this year’s edition and where better to host a party than San Francisco? Set to take place at the Midway on March 30, it won’t just be the techno master himself taking the stage but a slew of amazing acts as well.

Joining him for an evening of dope electronic beats will be Joseph Capriati, Syd Gris, Brennen Grey, Rooz, Kramer, Tamo, and Paul Skinback. If you’re a burner you most definitely will know of Syd Gris’ infamous Opulent Temple, as they host the annual White Party on the Playa that has brought some epic sets from artists including Carl Cox, Skrillex, and more.

Tickets are already moving fast, grab them now via Ticketfly!

Can’t make it to this party? If you’re heading to Ultra Music Festival definitely don’t sleep on Carl Cox’s two-day takeover during the 20th Anniversary Celebration! 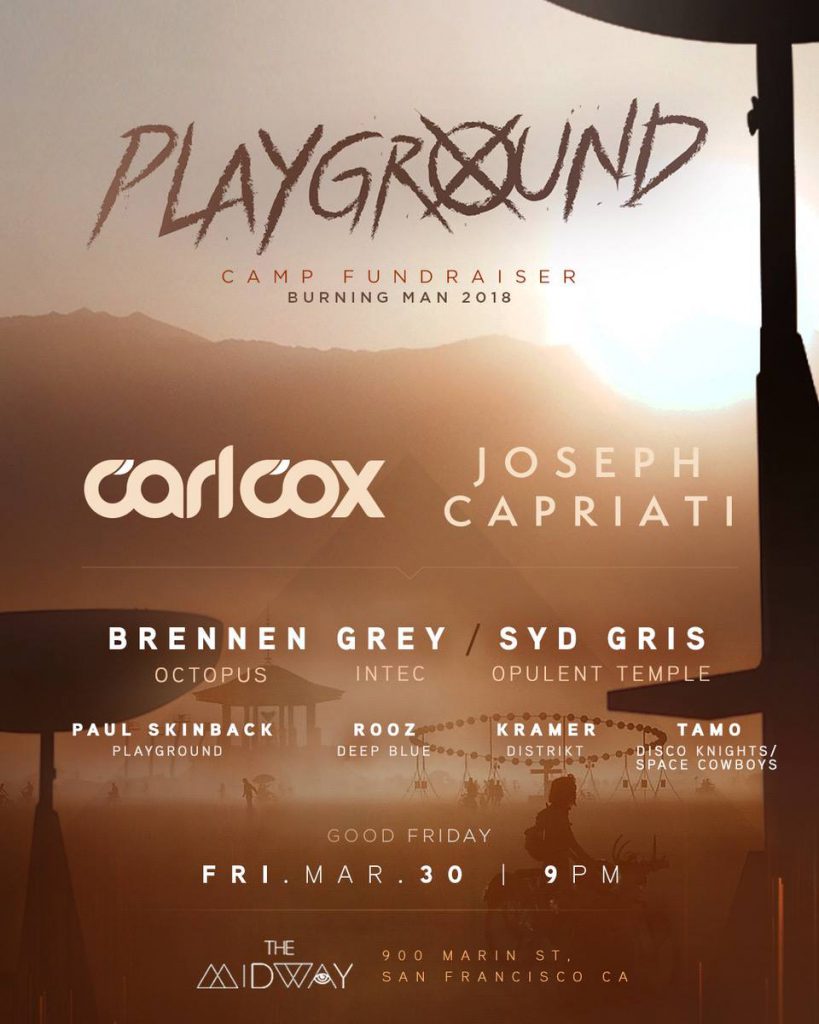 Connect with Playground on Social Media: 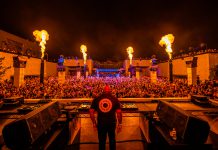 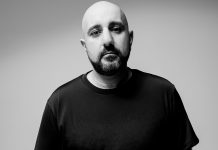 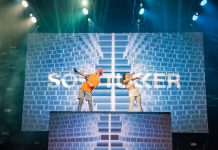