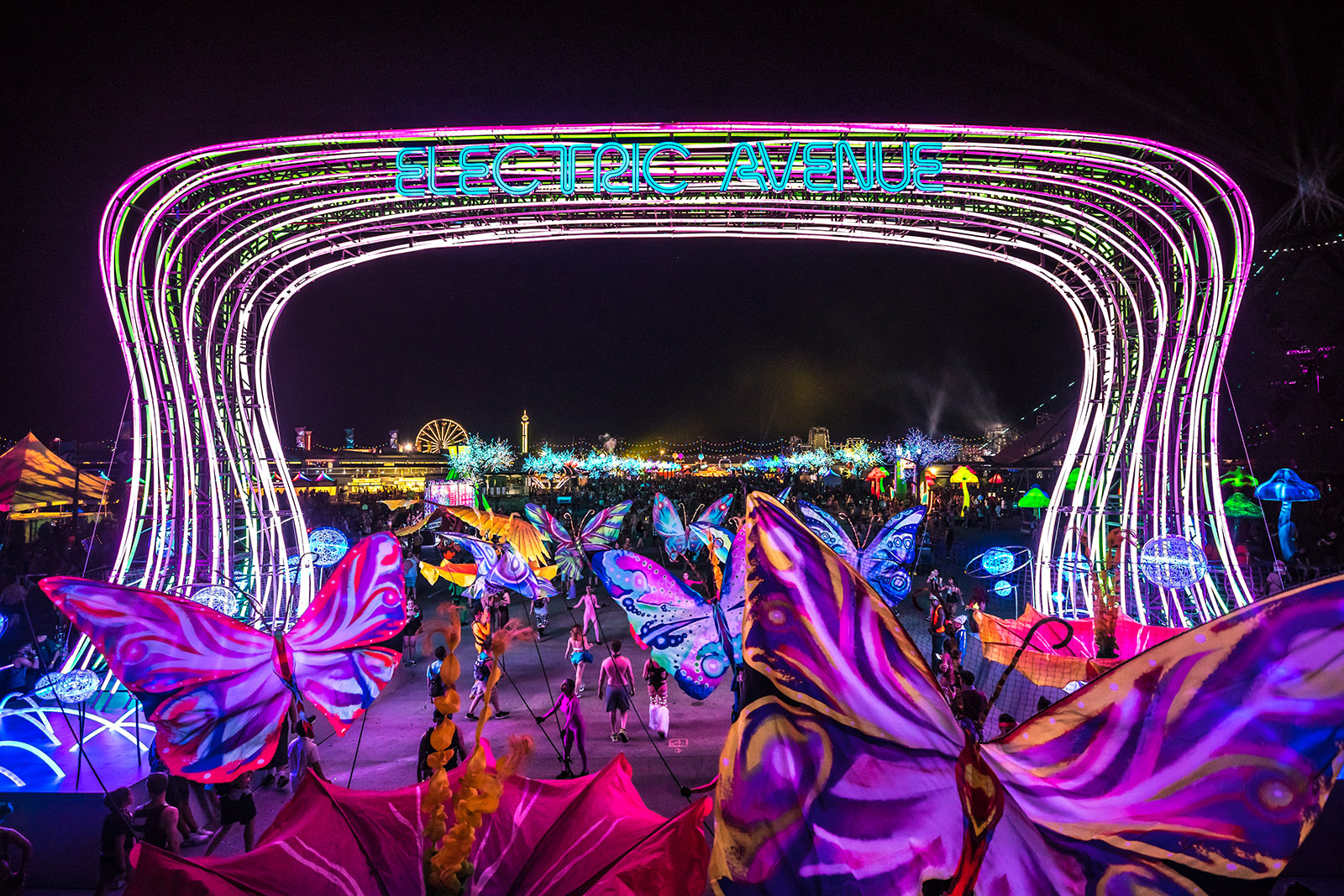 The stops and routes for Official EDC Las Vegas Shuttles have finally been released! How will you be getting to the Speedway?

Update: After complaints from the community about there not being enough EDC Las Vegas shuttles from the South end of the strip, Insomniac has released more options! Look below for the updated information for this year’s shuttles!

While the camping options and other details have surfaced surrounding the upcoming edition of EDC Las Vegas, many were left wondering what the details would be for the new and improved shuttles this year. Pasquale had already announced that a separate company would be handling the official shuttles for EDCLV, and today those details were released!

Offering both standard and premier shuttles for EDC Las Vegas 2018, the first thing to note is that there aren’t many options for stops, so make sure you book your hotel or change your booking accordingly. The second thing to take note of would be the difference between Standard and Premier Shuttles, as there are benefits to both types of passes.

Please remember that only Official EDC Las Vegas Shuttles will have access to the drop off points at the Las Vegas Motor Speedway. Be aware that if you purchase a shuttle pass from a non-official outlet that you may find yourself dropped off far from the speedway or turned away entirely.

Below you can find the map of the shuttle stops as well as details about the different prices and perks of each one. Take a look and let us know how you plan on making your way to EDC Las Vegas this year!

Shuttle Passes are on sale now via edclasvegas.com/shuttles!

“Transporting Headliners to and from the Speedway safely and conveniently remains a top priority for us. This year, for the first time ever, we have laid down the foundation for a third party company to come in and run our shuttle operation. They are specialized in handling the largest music and sporting events in the world, and I’m confident they are going to improve the experience for Headliners.” 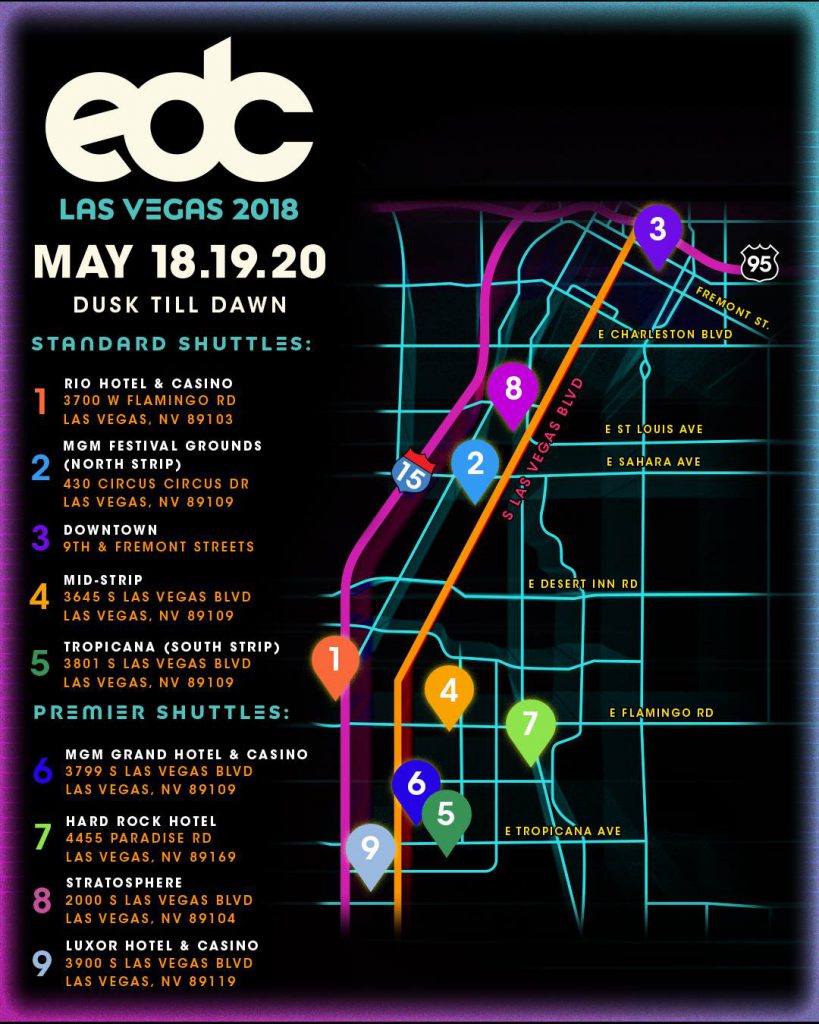 Standard Shuttles will depart from the below locations on an ongoing basis from 6:00pm–1:00am. Return trip shuttles begin at 3:00am and run until 60 minutes after the music ends each day.

Headliners looking to attend the Opening Ceremonies at the festival can RSVP for early shuttles from 2 to 6 p.m. for a small additional cost of $5 per day.

Premier Shuttles have a different operating procedure than the Standard Shuttles, and run at specific times as opposed to continuously, these can be found below! 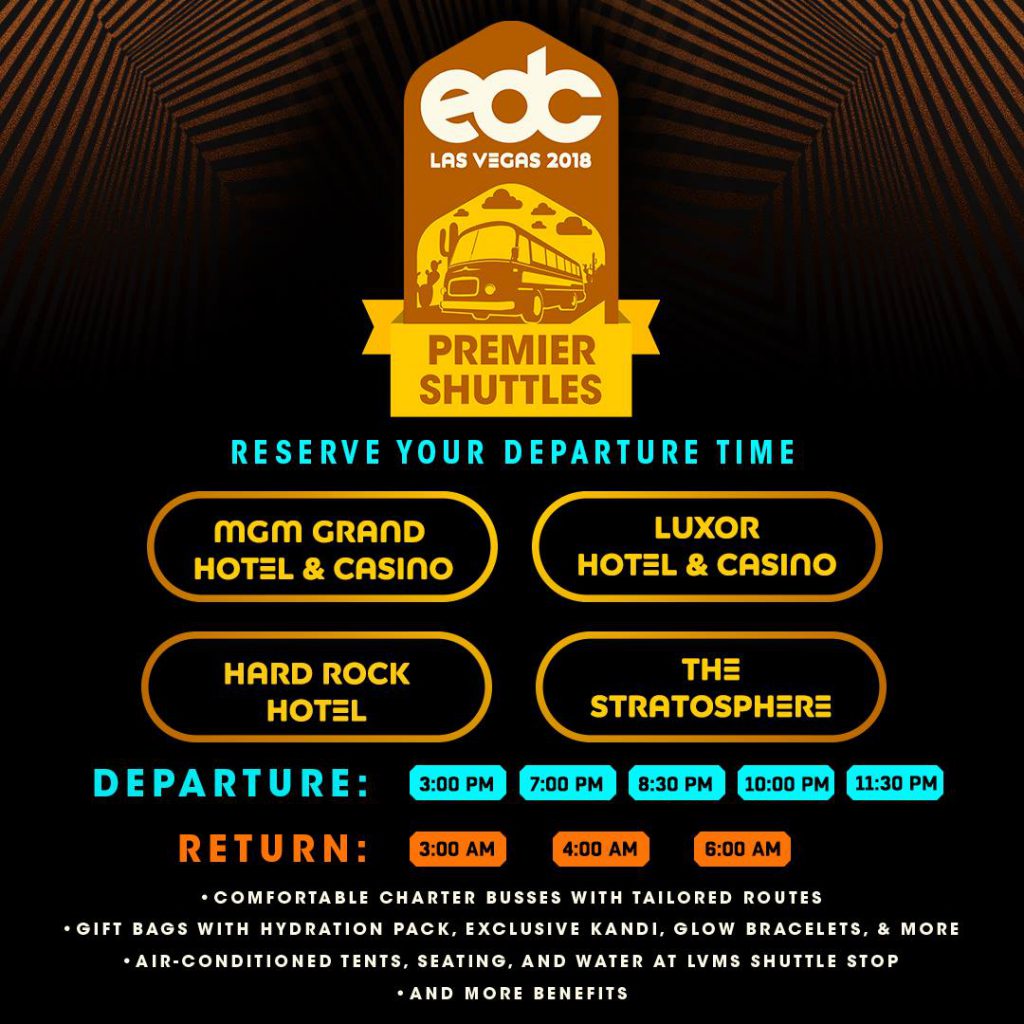 Will you be joining the EDM Identity Team at EDC Las Vegas in 2018? Let us know in the comments below!