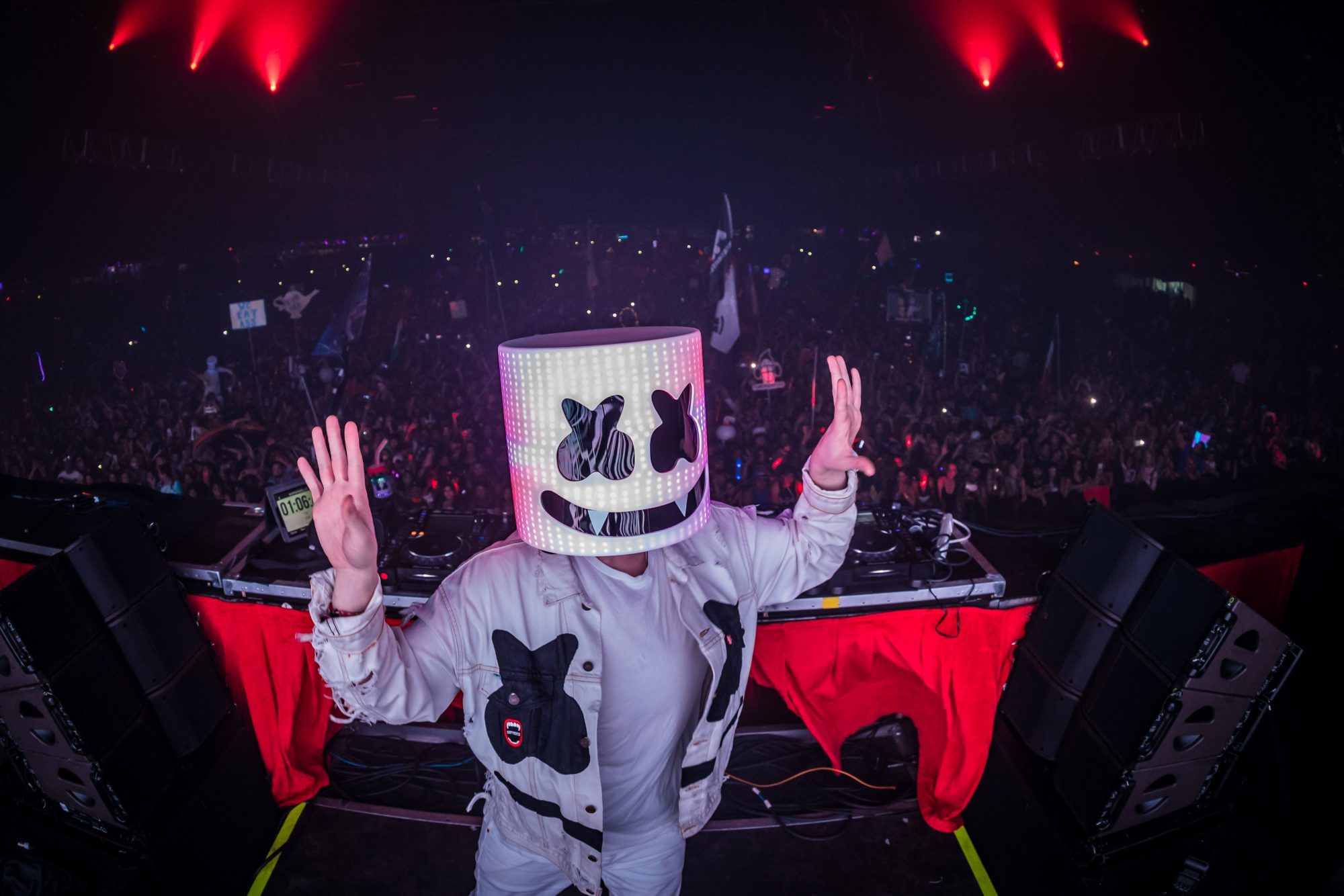 Calling all SoCal-based members of the #MelloGang! Insomniac is bringing Marshmello to the LA Convention Center in March!

If you’re a die-hard fan of Marshmello and live in Southern California you’ll be in for a treat at the end of March, as the masked artist will be taking the stage at the Los Angeles Convention Center for a night to remember.

Hosted by Insomniac Events on March 31, it will mark the fourth electronic music show at the Los Angeles Convention Center. The venue has only recently opened its doors to electronic music events, the first of which were Kaskade and The Chainsmokers in 2016 and, most recently, Above & Beyond’s Common Ground Tour at the end of 2017.

Marshmello will be bringing his signature vibe along with him as he leads crowds through his tunes like “Alone” and collaboration with Selena Gomez, “Wolves” that have both generated millions of plays. Riding high on the release of his debut album Joytime, he’s taken the stage everywhere from Escape: Psycho Circus to Tomorrowland in Belgium bringing positive vibes along the way.

Not only has Marshmello been dominating the scene with his sets, but also recently released a collaborative track “Spotlight” with recently deceased rapper Lil Peep who was revered by many for his unique sound.

The show wouldn’t be a party without some support as well, and Marshmello will be joined by “Gucci Gang” rapper Lil Pump as the Melloville Tour heads to the City of Angels. With GA Tickets starting at just $40, this affordable show is a must-attend for any true #MelloGang member. Expect to see a ton of fan-made Marshmello heads in the crowd as everyone bounces along with his infectious sound.

Tickets for this event are sure to move quickly, so be ready at 12pm on January 19 to purchase them via insom.co/Marshmello_Tix! 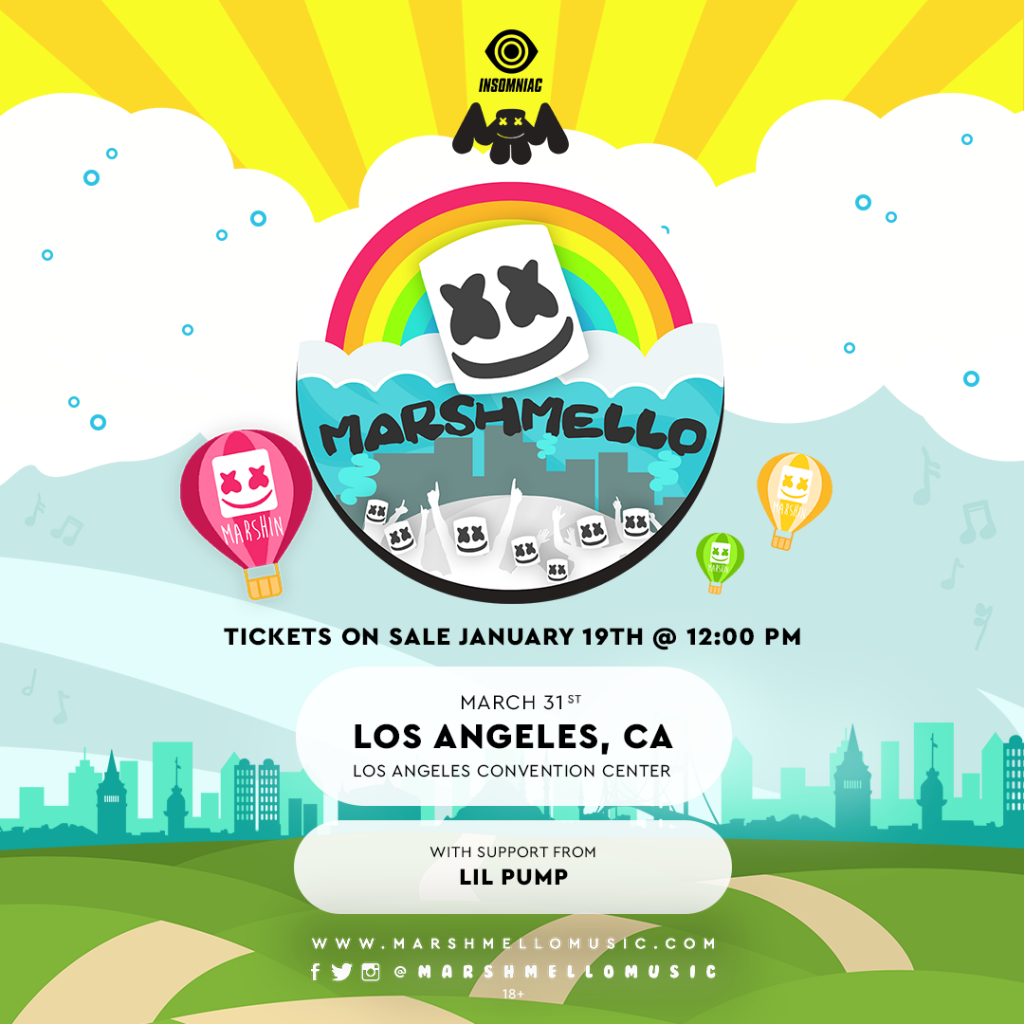