Gabriel & Dresden Make Their Long-Awaited Return With ‘The Only Road’ 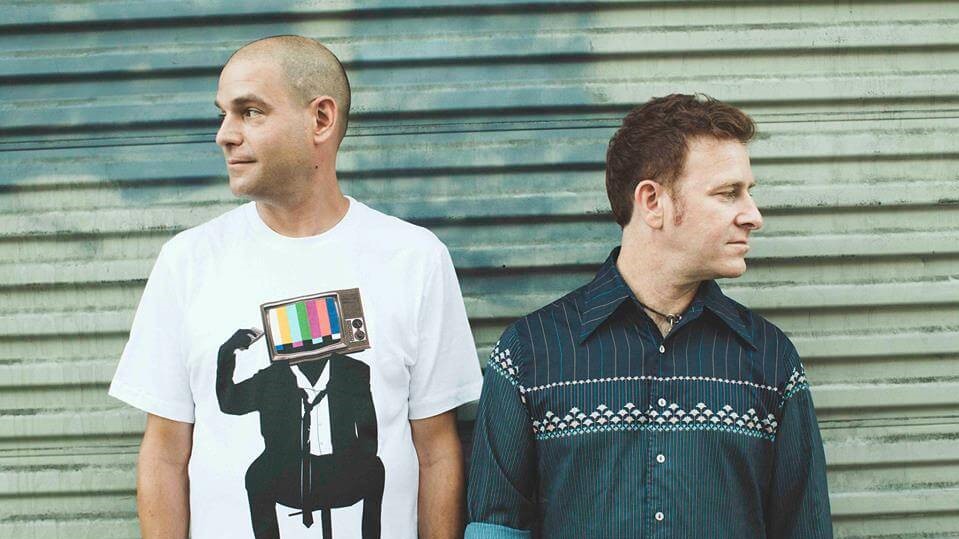 Gabriel & Dresden take The Only Road back to re-establishing themselves as a name to be reckoned with!

Gabriel & Dresden: a name that many used to associate with the utmost quality of electronic music. A name that people turned to when they were in need of soul-searching music. Over the past ten years, Gabriel & Dresden became a name that faded into the annals of history.

A name that since November of 2016, aimed at reforging itself through the most unusual ways. A successful 2015-2016 DJing season, where they performed a series of shows focusing on their productions, allowed the duo to rediscover what made the group brilliant to begin with.

However, that was just the start. By the end of last year, the news was out. Gabriel & Dresden would return to full-time production with their first album in 11 years. It all began with a Kickstarter campaign that almost reached its goal within 24 hours.

By the end of it, 700 people pushed through the target, nearly achieving three times the target barrier. After six full months in the studio and a deal with the famous Anjunabeats imprint, the result is now upon us: The Only Road launched on December 15 for all the fans to enjoy!

Listen to “The Only Road” on Spotify:

Stream or purchase The Only Road via your favorite digital platform.

Any doubts that one might have about whether Gabriel & Dresden still have it are gone the moment you play the first song.

When it comes to follow-ups, the general rule is simple: the longer the wait, the more the hype builds, and the bigger the disappointment. We’ve seen it all too many times in the past in various entertainment media. Star Wars Episode I in the movie industry. Duke Nukem Forever in the gaming industry. Guns N Roses’ Chinese Democracy in the music industry.

In sharp contrast to all the examples given above, Gabriel & Dresden had one advantage going for them – their devoted fan base showed its support for their project from day one. It was a loyal group of people that had faith that the duo could recreate the magic of its yesteryears and a set of friends that wanted to help them become a name to be reckoned with yet again!

Well, folks, there’s only one thing I can say. Any doubts that one might have about whether Gabriel & Dresden still have it are gone the moment you play the first song! You’re instantly thrown into a familiar world. You find yourself inside a universe of percussion-driven music. Thrust into a place where deep and meaningful lyrics have a home. Above all, a location where you get to experience emotions laid out on a musical canvas. 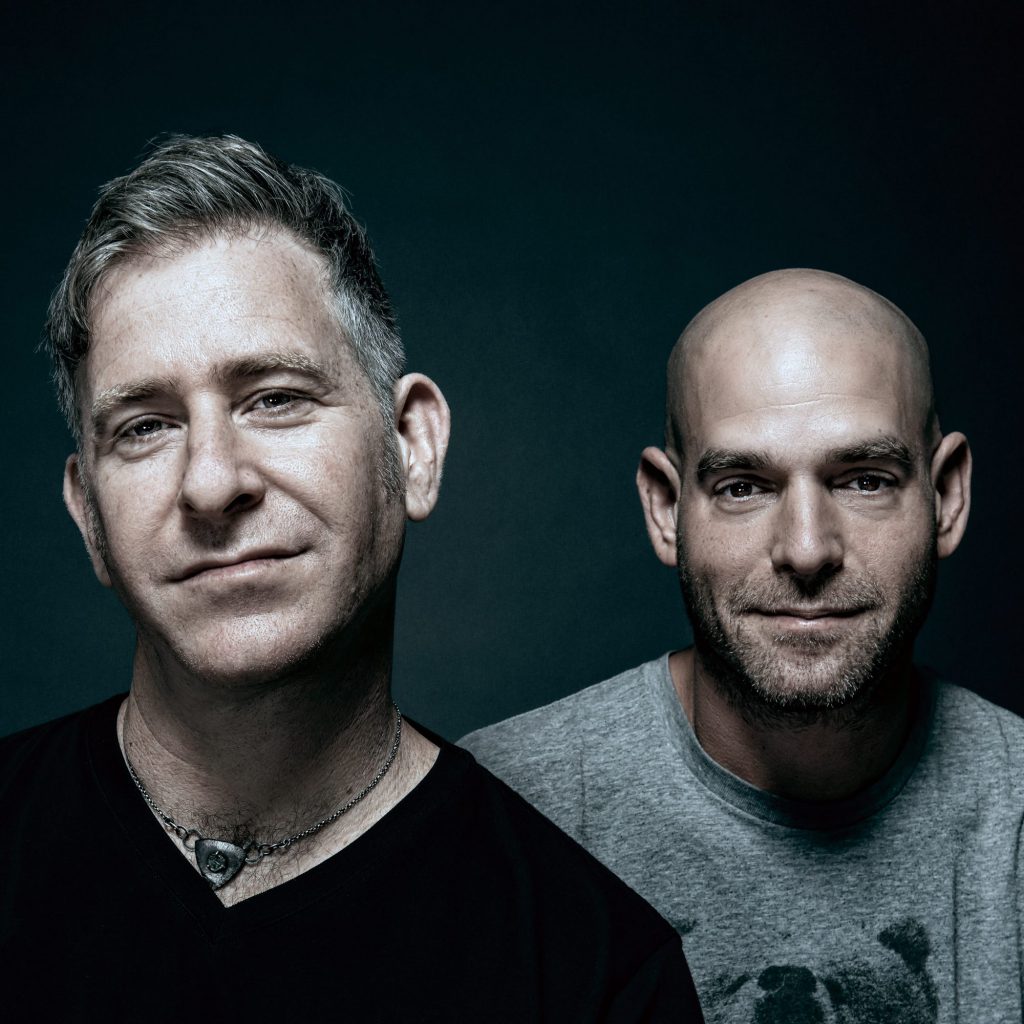 The lyrics relate to stories and adventures people can encounter every day.

A quick glance at the tracklist points to a focus on vocal music. For most electronic albums, this is a weakness. However, I find that in this instance, it’s one of the album’s strengths.

The lyrics relate to stories and adventures people can encounter every day. The words express the ups and downs of life. Vocals don’t just sit on top of the music like a strip of mustard on a piece of ham. Instead, they intertwine with the instrumental composition to generate something more.

Sub Teal popped up on the radar thanks to a backer that suggested G&D work with her for one of the album songs. She ended up singing on four album tracks. You might think this was a risky move, but once you listen to her, it all becomes crystal clear. Her rich, deep voice complements the G&D sound perfectly.

Fan favourite Jan Burton makes a return on three songs. In each one, he manages to create a different mood, with “Underwater” being my personal favourite. Last but not least, you have Josh Gabriel making his singing debut for the group. His voice provides a touch of warmth and upbeat to an otherwise gloomy and melancholic album.

The album takes you by the hand and guides you through forest trails, underwater explorations, hospitals, and back to the wilderness before the end.

Take “Only Road” for example, the album’s opening salvo. In the first segment, the vocals create an atmospheric vibe. By the mid portion, they evolve into a call to action, “Take me down the only road I know.” Combine them with the bouncy percussion, and you can’t stop the urge of starting to move.

G&D force you to walk alongside them as they begin their musical journey. Throughout the song, you have environmental sounds – chirping birds, a crackling fire, echoes in a forest. These sounds reinforce the notion that you’re following a predefined path, from start to finish.

I can not overstate how much these atmospheric elements add to the story of the album. They’re present in all songs, guiding the listener throughout. For this very reason, this album is one of the few ones where I highly encourage people to listen to the continuous mix instead of the extended version.

While each song has its story to tell, there’s also an overarching chapter to the album, and you can experience it only in the mixed format. The album takes you by the hand and guides you through forest trails, underwater explorations, hospitals, and back to the wilderness before the end.

Every beat, synth note, lyric, and effect belongs in the composition.

When it comes to the sound design, no other album can prepare you for The Only Road. The reason for it is simple. Gabriel & Dresden are unique sound artists that can create music in a multitude of genres. This album combines electronica, breakbeat, progressive, vocal, and trance with chillout, ambient, and rock influences.

Despite all of that, you never feel the union of these various sounds as forced. Every beat, synth note, lyric, and effect belongs in the composition. They’re organically merged to form an amalgam of genres that no one else can reproduce. This achievement speaks volumes to the imagination and talent that G&D have. 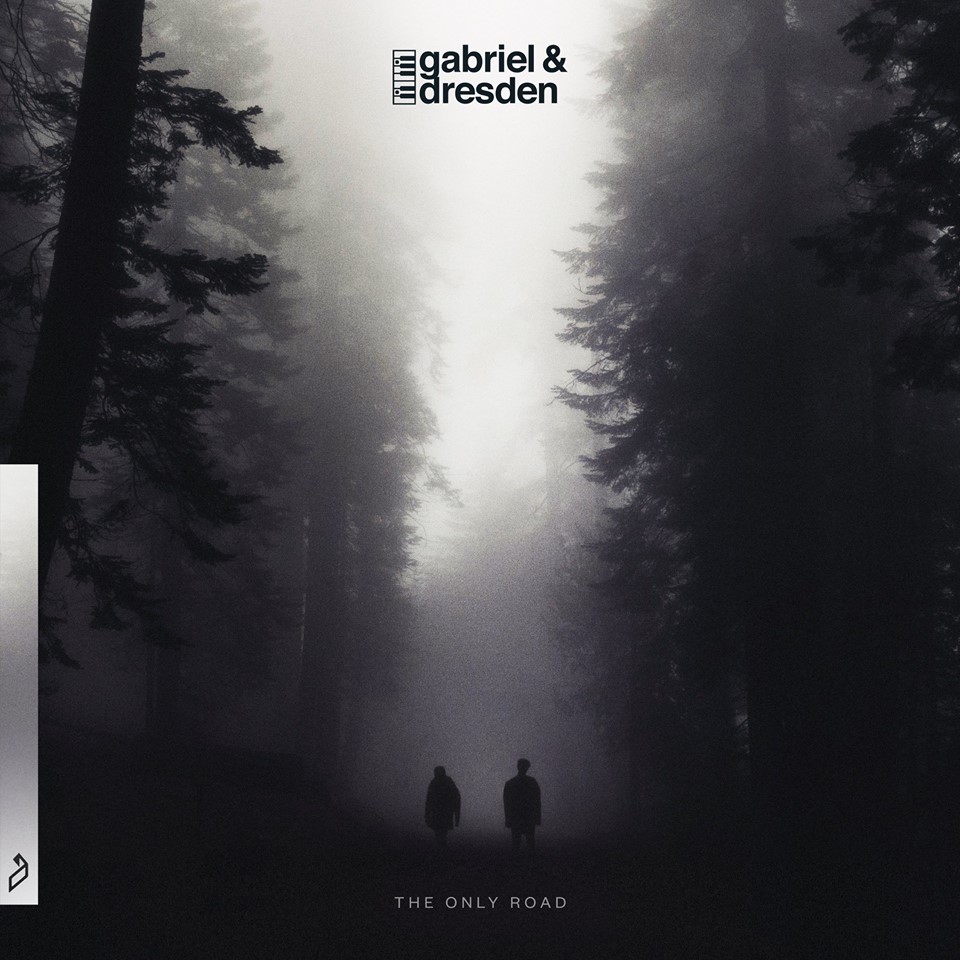 The duo achieved this through clever use of original sounds. Atmospheric samples were recorded out in the day to day life – children playing outdoors or nighttime ambient sounds. The drum might come from a recording of a kicked water tank or a bystander on the street tapping on drum buckets.

Every sound you create brings you one step further away from the template driven industry that we now have today. And in this case, the advantages of such a production approach are apparent. The result is a masterpiece that no one can replicate, one that will stand the test of time!

Every single time I find more details sewed deeply into the fabric of the music.

Even the best of albums have their small flaws. Here, however, I struggle to find anything as I’m listening to it for the tenth time. Every single time I discover more details sewed deeply into the fabric of the music. “Sequoia” reminds me of “Arcadia”, one of their biggest hits from the mid-2000s. Both tracks heavily focus on percussion elements.

By elements, I’m implying multiple layers that flow in and out continuously. The notion of a breakdown is vaguely applied here. Instead, the song ebbs and flows as it evolves. From the outset, a deep and dark groove strikes you. The main melody is melancholic and atmospheric. You can’t help but feel transposed into a Sequoia forest, all the while feeling all alone surrounded by these otherworldly trees.

The heart and soul of G&D live within this album.

I rarely listen to albums nowadays as I feel they’re no longer able to replicate the impact they had in the 80s and 90s. The philosophy of creating something more significant than the sum of the parts gets lost. However, The Only Road manages to stand because it does everything right.

This is not a great album because it’s released in a period when records are no longer quality. It is a great album, regardless of the era in which it would be released, period. The heart and soul of G&D live within this album, and it’s palpable. It reaches out to you and invites you into their world. One filled with sadness and hope. A place where you get to travel a path no one walked down before. A world where despite the little time you spend in it, it forges memories you’ll never forget.

My only request is that G&D not take 11 more years before giving us another such masterpiece!

Purchase Gabriel & Dresden’s The Only Road on your digital platform of choice!