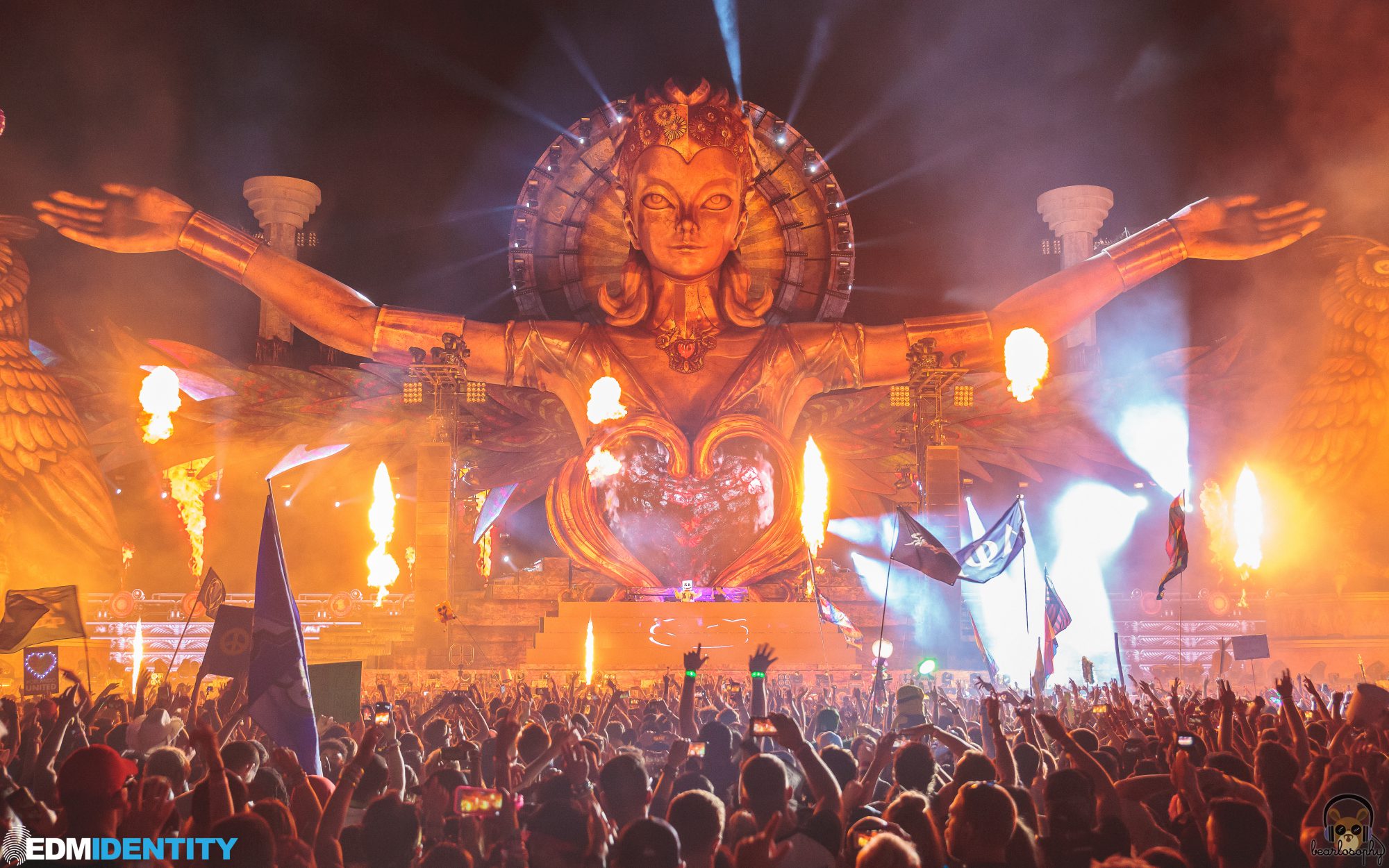 Bringing the EDC Las Vegas vibe to the Southeast is not an easy task, but EDC Orlando accepted the challenge and succeeded!

Electric Daisy Carnival is the mecca for all things related to electronic dance music. EDC Las Vegas, Insomniac Events’ flagship festival, has grown into one of the largest electronic dance music festivals in the world, and EDC as an entity now spans from Las Vegas to Mexico, Puerto Rico, Orlando, Brazil, Japan, and India. What a monumental accomplishment for Insomniac and founder Pasquale Rotella.

EDC Orlando, while smaller than the main event in Las Vegas, has a heart that rivals any of its larger siblings. I have had the pleasure of attending several of the past editions of EDC Orlando, but this year, the vibe was extra special. Here are a few reasons why.

I am a sucker for a good stage – lighting, explosions, waterfalls, smoke, confetti, and fireworks, I just love it all! EDC continues to outdo themselves stage-wise each year. Even the simplest stage, like the Boombox Art Car, was a hit throughout the weekend.

My personal favorite was the giant tent vibe of the neonGARDEN, where artists like Green Velvet and Infected Mushroom played. The circuitGROUNDS was also a monolith of sound, and the kineticFIELD was truly a work of art.

The layout of the stages is worth highlighting, as well. This year, Insomniac they expanded the grounds, giving attendees much more space to dance. Well done, indeed, Insomniac!

A key aspect of the music was the sound quality. At all five of the stages from the Main Stage to the Boombox Car, the sound quality was damn near perfect. I, of course, have the pleasure (and sometimes discomfort) of being right in front of the speakers taking photos so I get BLASTED with sound.

This year’s edition of EDC Orlando saw some amazing artists take the festival by storm. Bonnie X Clyde and Nitti Gritti both turned out huge performances.

In 2016, Bonnie X Clyde were scheduled for a set early in the day at the Circuit Grounds that brought in a huge turnout, earning them some much-deserved attention. They performed on the same stage this year and packed in an impressive 10,000-person crowd. It was epic – the energy was unbelievable as the duo took the crowd through their set, and Bonnie even gave us some of her fantastic live vocals.

Nitti Gritti showed us exactly why he will become one of the scene’s favorites in the years to come. He played an impressive two sets on Sunday: one at the Corona Beach Stage and another at the Boombox Art Car located near the Ferris wheel. His dedication can literally be seen as he performs – few have the energy that Nitti Gritti has as he rages through his sets.

His set made waves at EDC Orlando, from just a few people showing up at the beginning to pulling in a massive crowd including camera teams and performance troupes who showed up and stayed the duration of the set as the party unfolded. It was even rumored that Pasquale himself came over to see what the hype was all about – what an accomplishment for this up and coming musician!

We need to give it up one time for the performers of EDC Orlando! They were one of my favorite parts of the festival. Insomniac does a magnificent job of booking some of the most interactive, fun, and entertaining troupes who run around the festival all weekend. They provide smiles and glee, and they inspire dance parties that bring so much joy and happiness to attendees.

My favorite troupe has to be the clowns that have become an inextricable part of EDC. They run around playing marching snare drums with excellent skill. They make clowns look so fun – they have some of the most contagious energy I’ve ever felt.

The people are always my favorite part of any festival. They make the event for me. Music is nothing compared to the connections you made with random strangers at festivals and the love you feel for your festie family.

As a photographer, I have the pleasure of interacting with so many people – learning about them and capturing the moments that matter most to them. So now, I present to you the Headliners of EDC Orlando in all their glory!

Be sure to check out the rest of our photo album here.