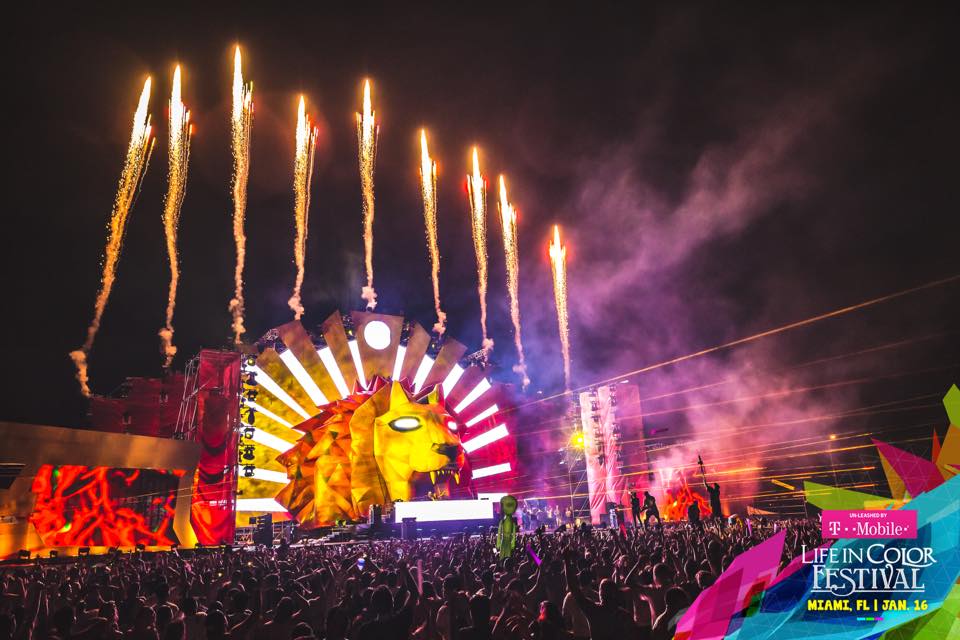 At long last, Life in Color Miami has announced the lineup for the 2018 edition of their flagship festival. This year marks the 11th anniversary of the festival, and it seems appropriate to dive into the second decade of the festival’s existence headfirst with a genre-busting lineup featuring huge names from across the musical spectrum.

Topping the bill is producer and multi-instrumentalist ZEDD, best known for his massive electronic-pop crossover smashes like “Stay” with Alessia Cara and “Clarity” featuring Foxes. Other headline performances include Atlanta hip-hop artist and “Bank Account” rapper 21 Savage, fresh off his recent collaboration Without Warning; Canadian Vomitstep producer Snails, currently touring the country in support of his massive new album The Shell; and LA-based singer/songwriter blackbear, who will bring his unique R&B stylings to the festival.

The lineup also features several Florida natives, including producer and DJ K?D, fresh off the release of his new single “Distance” featuring Blair and 16-year-old rising star and Miami native Lil Pump, whose track “Gucci Gang” peaked at number seven on the US Billboard Top 100. Rounding out the lineup are Parker, Quix, and Anthony Pisano, all of whom will bring the heat to the 11th annual edition of the world’s largest paint party!

Life in Color Miami 2018 will be held at Mana Wynwood, the epicenter of Miami’s flourishing arts scene. In addition to musical performances, attendees will be treated to a variety of multi-sensory experiences centered around the key theme of color, including paint, murals, multi-colored smoke, and more!

Tickets for Life in Color Miami’s 2018 edition are now on sale! Make sure to grab yours and be part of the most vibrant festival ever.

Still on the fence? Read our review of Life in Color Miami 2017 to get a taste of what you can expect at the event! 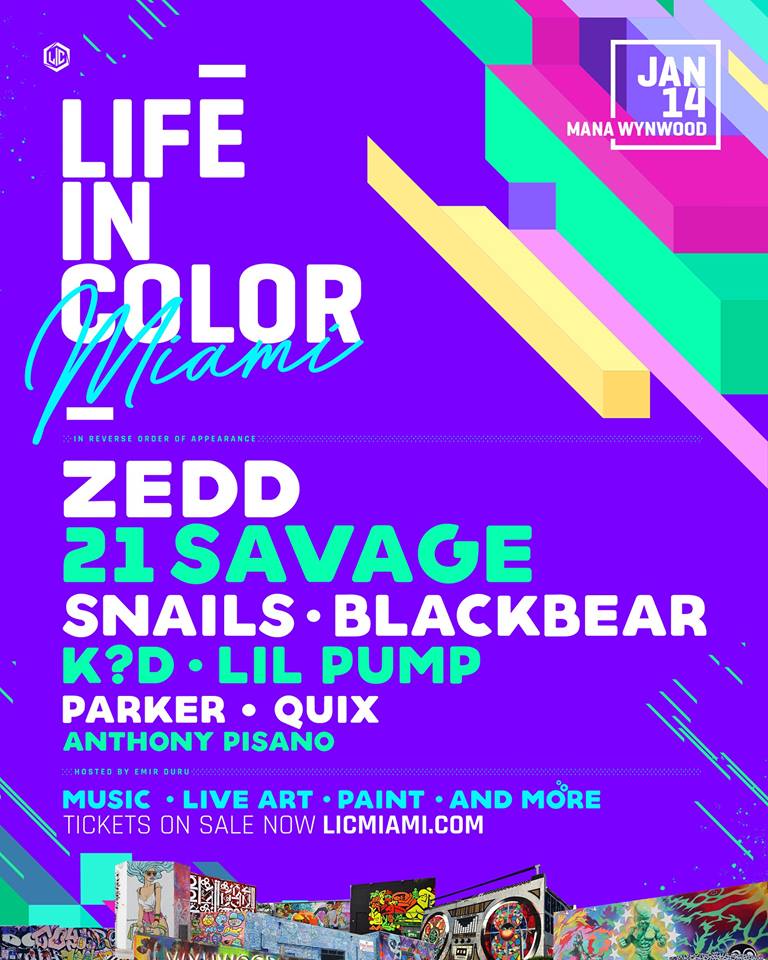 Connect with Life in Color on Social Media: