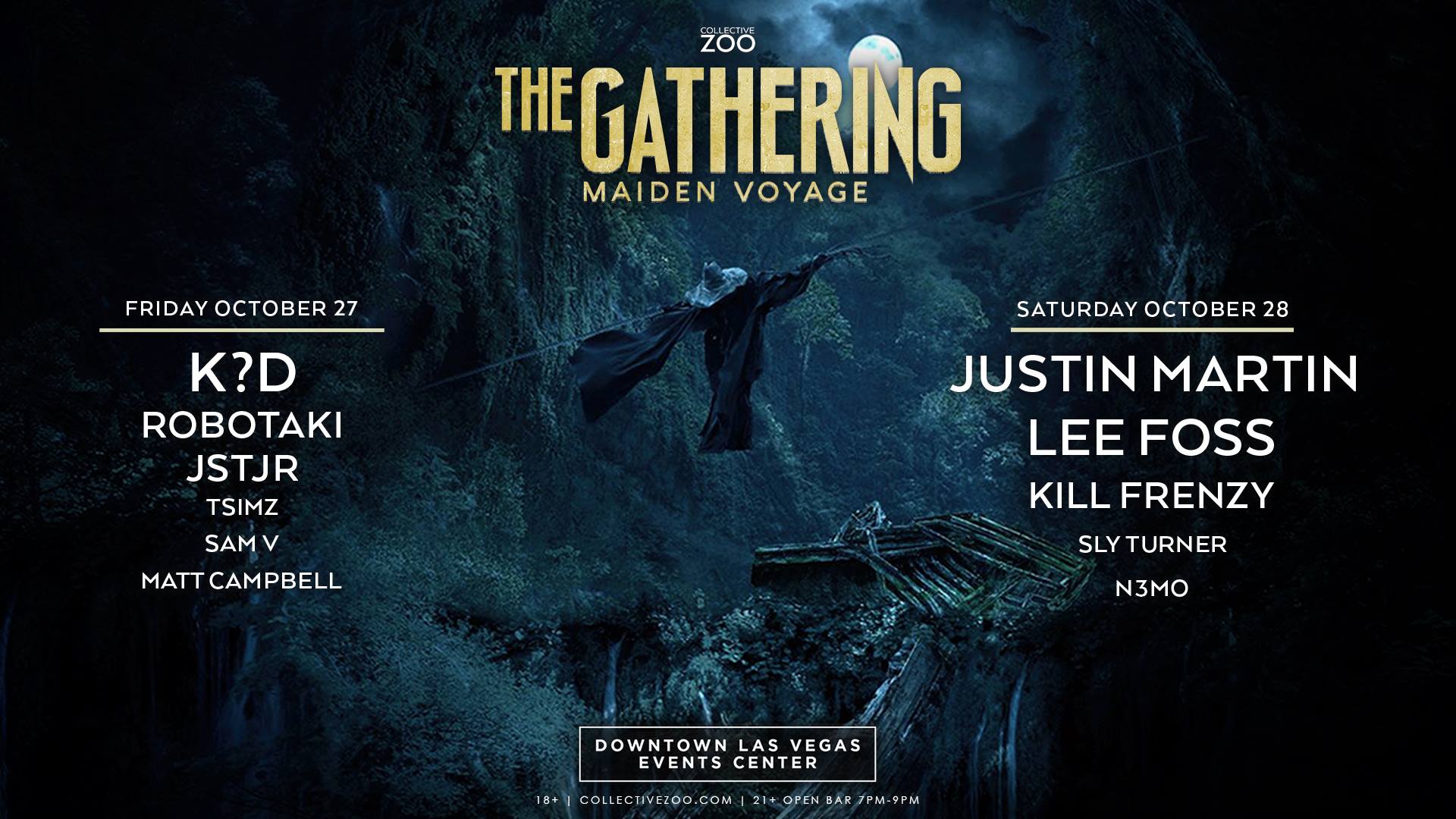 Heading to Sin City for Halloween Weekend? Check out the latest from Collective Zoo at The Gathering’s Maiden Voyage!

Collective Zoo has dominated the scene in Las Vegas this year by producing quality standalone shows like their Zoology Event Series, as well as some partnerships with Dirtybird BBQ and Space Yacht. Their latest event that has been announced is the “Maiden Voyage” of The Gathering, an even that is primed to be a spooky good time for anyone in attendance over Halloween Weekend.

Known for their forward-thinking lineups, the names who will be taking the stage at The Gathering | Maiden Voyage further prove that point. Attendees will be dancing the night away to major acts like K?D, Robotaki, and JSTJR on October 27, with solid sets from Dirtybird’s own Justin Martin and Kill Frenzy as well as Lee Foss on the following evening at the Downtown Las Vegas Events Center!

Tickets for the event are going fast, enter below for your chance to win or secure your spot at the event by grabbing a weekend pass via Collective Zoo’s Website! Use code “edmidentity” for a discount on your purchase!

As an added bonus for attendees, if you’re 21+ an open bar will be hosted from 7pm to 9pm each night, so make sure to arrive early and leave late!

Want to attend The Gathering | Maiden Voyage? Enter below for your chance to win a pair of tickets!

Win A Pair Of Tickets To Collective Zoo’s The Gathering | Maiden Voyage!

COLLECTIVE ZOO is an event & lifestyle media company based in Las Vegas, Nevada. Our team creates experiences to feed our city’s hunger for quality music, art & entertainment featuring artists from all over the world. Las Vegas has much deeper roots than the bright lights on the strip and it’s our mission to heighten the awareness of that movement while shaping the city’s true culture and identity. Together we work as a “Collective” inside our wild city commonly characterized as “a Zoo.” Let’s move together. Local touch. Global reach.