TWO OWLS are back with their new future bass track “Waking Up the Dead”, released on their brand new imprint, Featherweight Records!

TWO OWLS are hitting their stride in terms of their music careers. These guys just crushed their mainstage set at Nocturnal Wonderland about a week ago and are already slated to be playing this upcoming Escape Halloween. Along with that, they consistently debut new music all the time even with their busy touring schedule. Their newest one “Waking Up the Dead” featuring vocalist Elle Vee is a special track since it marks the start of their label, Featherweight Records.

The best part about this new track is it takes a step away from what TWO OWLS is known for in terms of music genre. The group came up on this wave of bass house, but since then have released a few tracks that go down the more future bass type route. All genres aside, these guys just know how to make good music and they don’t abide by any rules!

“Waking up the Dead” begins with incredibly beautiful vocals by Elle Vee and soon powerful chords come into the track that simply take you over. This all builds up into a massive drop that instantly gives the listener goosebumps all over. It’s an awesome track and takes you on an emotional rollercoaster from start to finish!

What do you think of this new track from TWO OWLS? Check it out below and let us know!

TWO OWLS have been around for a year and two and have had some very noticeable releases on Buygore, DIM MAK, and several other reputable labels, but they recently decided a change was necessary for their careers to flourish in the way that they envisioned. They released a few tunes under the name NIGHTOWLS, but the bigger they got, the more people began confusing them with Insomniac’s NightOwl radio. Thus, they underwent a heavy rebranding and emerged as TWO OWLS. The result was not only a brand new name, but a brand new logo, and a new sense of identity for these two young producers. 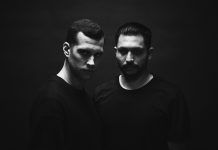 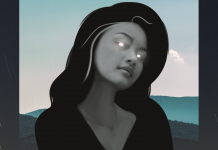 BEAUZ & Luke Anders Come “Out of the Dark” On This Future Bass Track! 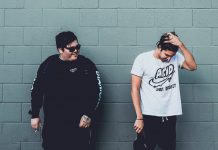