FreakNight Festival 2017 is over 50% sold out already! Buy your tickets soon or cross your fingers with our contest for two GA passes below!

FreakNight Festival will return for a one-day adventure at WaMu Theater in Seattle, WA on October 27, 2017. FreakNight is an annual Halloween event produced by United States of Consciousness, also known as USC Events. The event prides itself as one of the largest and longest running electronic music festivals in the Northwest, and it has grown into a massive 8-hour event that hosts talented DJs and tens of thousands of attendees.

This year’s festival includes an impressive lineup across three stages for one night of fun. Notable artists on the lineup include DJ sets by Infected Mushroom and Justice who are both veterans of the electronic music scene. Additional performances include Dash Berlin, Liquid Soul, Totally Enormous Extinct Dinosaurs (DJ Set), Walker & Royce, and more. If you’re still not convinced, make sure to read our past experience at the festival to get a feel for the event!

General Admission Tickets started at $99 for the Freaky First Tier option, but quickly sold out and are now on the next tier pricing. For those looking to celebrate Halloween extravagantly, the Big Top VIP Experience will offer a separate VIP entrance, exclusive water station, and VIP 21+ only lounges and viewing areas.

Join us for an extraordinary the 21st annual show and get your tickets now, or enter our contest below for your chance to win two GA passes below!

Enter to win a pair of tickets to FreakNight Festival 2017:

Win a Pair of GA Tickets to FreakNight 2017! 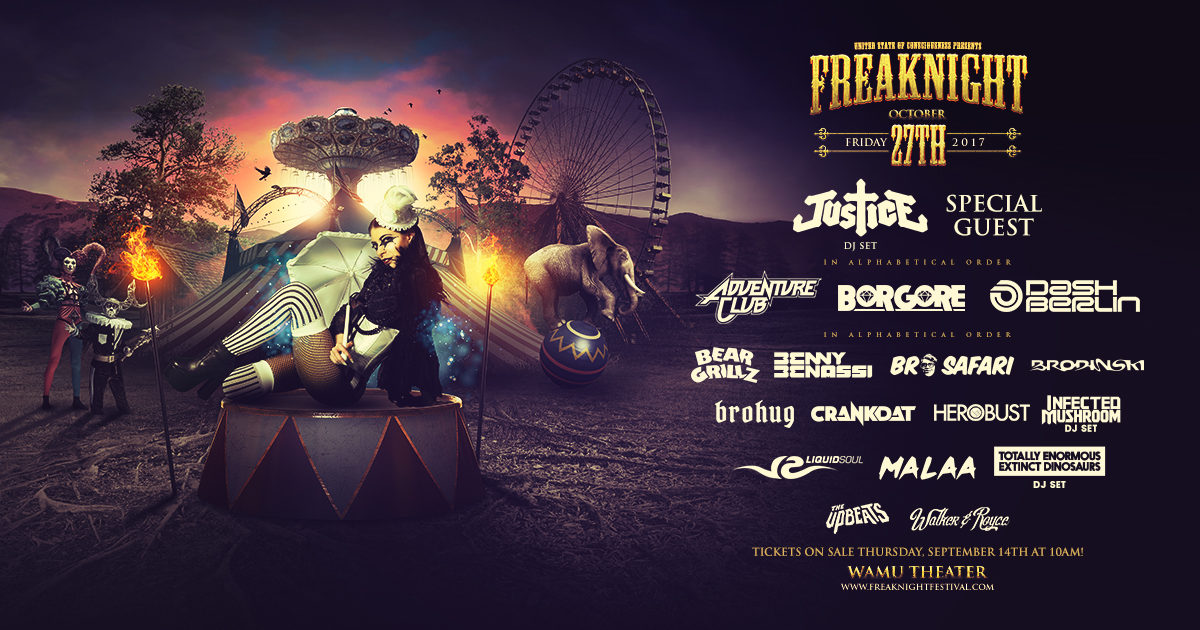