Stacking a lineup like LED Presents did for their #NoXcusesSD event at Spin San Diego meant high expectations.

Could the likes of Croatia Squad, EDX, and Nora en Pure bring the heat and deliver on a Sunday?  Would people show up for a quality #NoXcuses show?  What would the vibe be like at #NoXcusesSD?

If you guessed – Yes, they’ll deliver, people will show up and fun will be the vibe, then you’d be only marginally correct.  If you guess they’d bring pure fire and light the night with positive energy, you’d hit the nail on the head.

Check out our past chats with EDX and Nora En Pure to get a better feel for who they are as artists!

So, what worked so well?

For one – the crowd.

It was apparent as soon as I arrived this crowd was fully into the style of Progressive House the Helvetic Nerds bring so well.  Whether it was rocking bass drops from Croatia Squad, the Deep House to Progressive melodies from EDX, or Tech House thrown into the groove from Nora en Pure, the crowd was ready to release and groove.

To be sure, that’s exactly what I did too!  In fact, I’m not sure the last show in my hometown where I danced quite so much with a smile plastered nonstop on my face.  I know I danced as hard at Dreamstate Las Vegas during EDC week, but the vibe at both events was full of exactly what I’ve been chasing this year.  In short, there were no excuses at #NoXcusesSD not to be dancing somewhere in the building!

Everyone who showed up at the event was ready to bring their energy and leave it all on the dance floor.  Leave it we did – in between drinks and laughter, I partook in more dance circles in the front of the dance floor with more groups than I can recall.  They all formed the way they ought to – organically and open to all to be part of.

For another – the DJs deftly moved between styles while still being themselves.

Let’s settle on the below as objective evidence of the styles that blended through the night:

More than the tracks above though, the overwhelming emotions came from the positive energy through countless moments of set creativity.  Exploring a few moments yields the below thoughts:

So, what could LED Presents do to improve the experience at #NoXcusesSD?

First, work with the venue on ventilation.

It’s possible they didn’t expect the turnout but the main room was hotter than any other show I’ve ever attended at the venue, and over the years, I lost count of how many I’ve attended at Spin.  I’m sure the “day to night” motif helped create the challenge for heat mitigation, but there should be a better answer than “enjoy the sauna.”  After all, this whole show was called NoXcuses. 🙂

Second, ensure a better social media engagement with timely information before the event.

There were a number of folks I talked to afterward that had not heard about the event.  To me, that’s sad – as the night part was an amazing experience personally, and I am bummed I missed the daytime section due to personal conflicts.  That said, the vibe and energy were definitely aspects of the most fun I’ve had at the club in for a while!  It’d be great to let people know earlier about the event  As well, many people had no clue that the day party started so early.  Maybe attempt to get the time slots out sooner so people know what to expect.

Lastly, improve the presence of the media team.

While the photographers were roaming, I had to hunt to find the images chosen to capture the night on social media feeds.  I never saw a promotion that photos had been released to view.  People want to enjoy the experience during the night, then laugh at the memories offered by the staff that supports a show afterward.  Embrace their art and share it!  The same of course is true of the DJs – and I was happy to see the headline talent interact on Twitter and Facebook with their fans both prior to and after the show.  Promoters should take note as well and interact as appropriate.

There’s no shortage of opportunities for the format to be very successful with the correct venue in the mix.  SPIN San Diego and LED Presents delivered on their promise for #NoXcusesSD.  The talent triumphantly illuminated the crowd, who left their sweat and spirit on the dance floor, and found smiles to walk into their week with.  Bravo team, bravo talent, and most of all, bravo fans for an amazing night in San Diego.  We have no excuses not to be excited for the next day-to-night offering from LED Presents at SPIN San Diego! 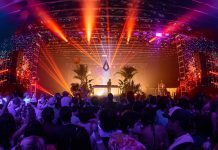 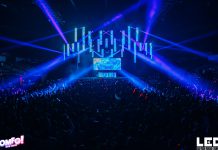 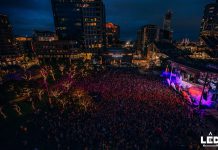