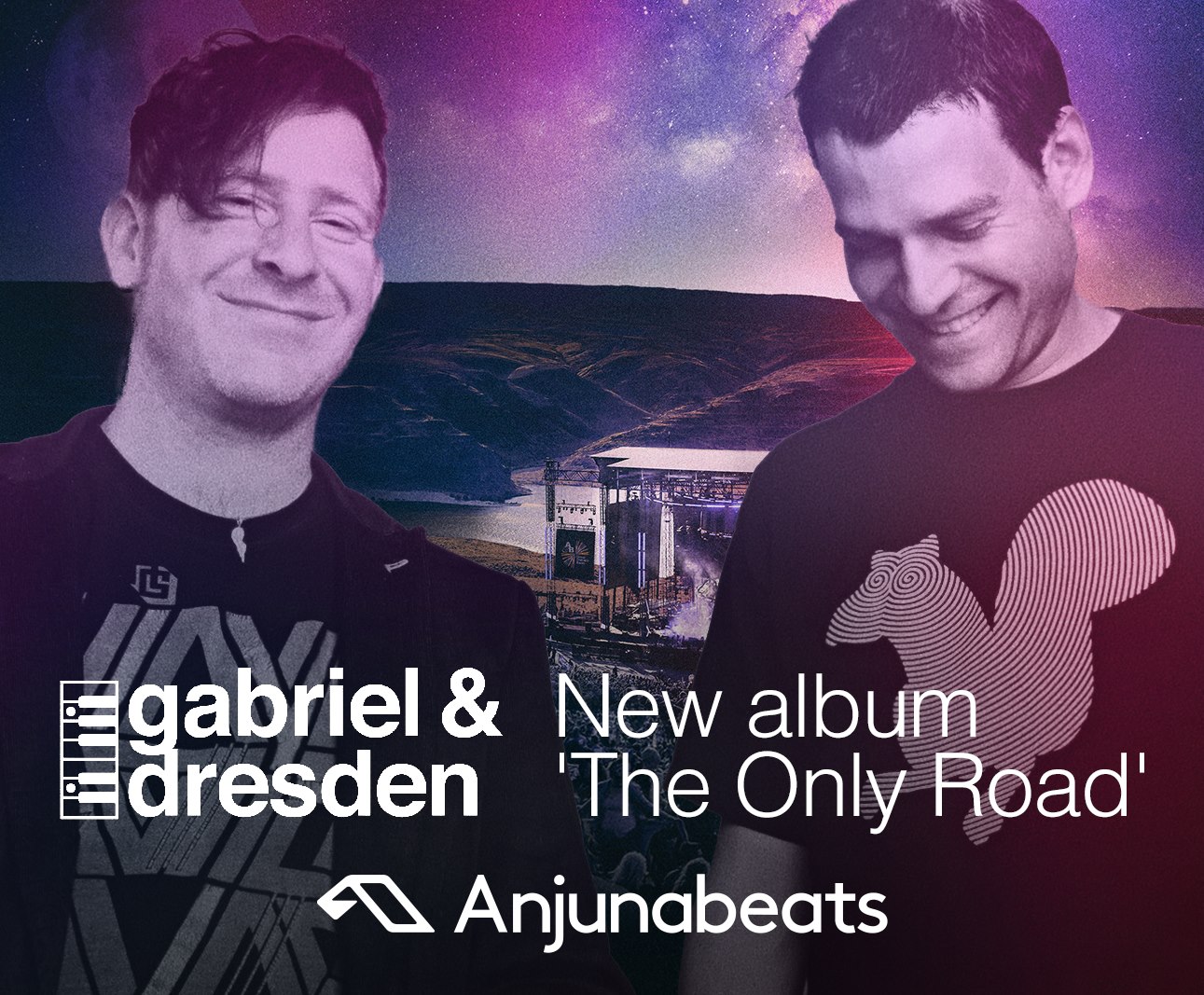 Gabriel & Dresden make their Anjunabeats debut with their new studio album The Only Road!

The name Gabriel & Dresden should be familiar with many trance fans. Their rise to fame in the early 2000s came from their intricate progressive trance productions. Melody, groove, song structure, and powerful lyrics were the driving elements for their success. Their remix of Above & Beyond’s “No One On Earth” is as one of the greatest trance songs of all time. Over the years, however, the group decided to split up and focus on their solo careers. Along with them, a significant portion of the trance sound disappeared into the abyss of unspirited music productions.

Which is why I was ecstatic last year when the group announced they’ll work on a new studio album. As I read through the Kickstarter page detailing their vision for the album, I knew I had to support them. Today’s trance lacks originality, complex emotions, and risk taking. Copy paste is the order of the day. A return to the core elements of trance music is long needed. Having the privilege to hear some of the album tracks being made only reinforced my belief in the project. This is indeed what progressive trance should be all about.

Unfortunately, the promised release date of May 2017 passed. I realised that we must all wait a little bit more until this music is shared with everyone. And that’s because, during the ABGT250 Live broadcast, Tony McGuiness gave us the best news possible. Gabriel & Dresden’s The Only Road will release on Anjunabeats! And so, the label that released their most important song to date, “No One On Earth”, becomes the home for their album. Call it a full circle of sorts.

The album’s first single, “This Love Kills Me”, will see a release in the near future. Alongside “White Walls”, both tracks saw a premiere during the ABGT250 broadcast. As all of us are waiting for news of the album release date, let’s join and give a warm welcome back to some of the best producers in the trance world, Gabriel & Dresden!

Stream Above & Beyond feat. Zoe Johnston – No One On Earth (Gabriel & Dresden Remix) on YouTube: