On Saturday, September 9th , get ready for a night of trance with Mark Sixma, KhoMa and Johnny Yono at Avalon Hollywood!

Mark Sixma returns to Avalon in September to bring the best in progressive trance! When we last saw Sixma, he had just released Elements, a full album done in his M6 style. Since that time he has been jet-setting to festivals such as Creamfields, Electronic Family, Trancemission, and Dreams Music Festival.

Sixma is quite prolific in his work and has released numerous singles since he last visited the Los Angeles club scene. One very important recent track he released is “United As One”. With this song, Sixma wanted to send a message about keeping humanity united and not divided. What makes this even more important is that its release kicked off Sixma’s collaboration with Unicef Netherlands. Sixma will be donating all of the proceeds from the track to Unicef and plans to continue engaging in more charitable work.

Mark Sixma is an amazingly dynamic artist who has been part of the trance scene for over 10 years. Armed with a background in music theory and classical piano, it’s no surprise that Sixma delved into the world of electronic music. He saw massive amounts of success with one of his first releases, “Destination 6“, and since then Sixma’s career has been on fire. Mark Sixma has typically more of an uplifting trance and progressive sound while M6 brings a higher bpm tech-trance sound.

Get ready for Mark Sixma’s set at Avalon Hollywood with this exclusive mix:

During his last Avalon journey, Sixma focused on his M6 sound’s hard pounding style. It will be interesting to hear what type of sounds he will be bringing this time!

Mark Sixma will be joined by Colombian trance phenom Khomha. Find out more about his “KhoMatizing” style HERE! Los Angeles local DJ Jonny Yono will also be opening the mainstage.

Win a meet and greet with Mark Sixma along with a pair of tickets to the show! 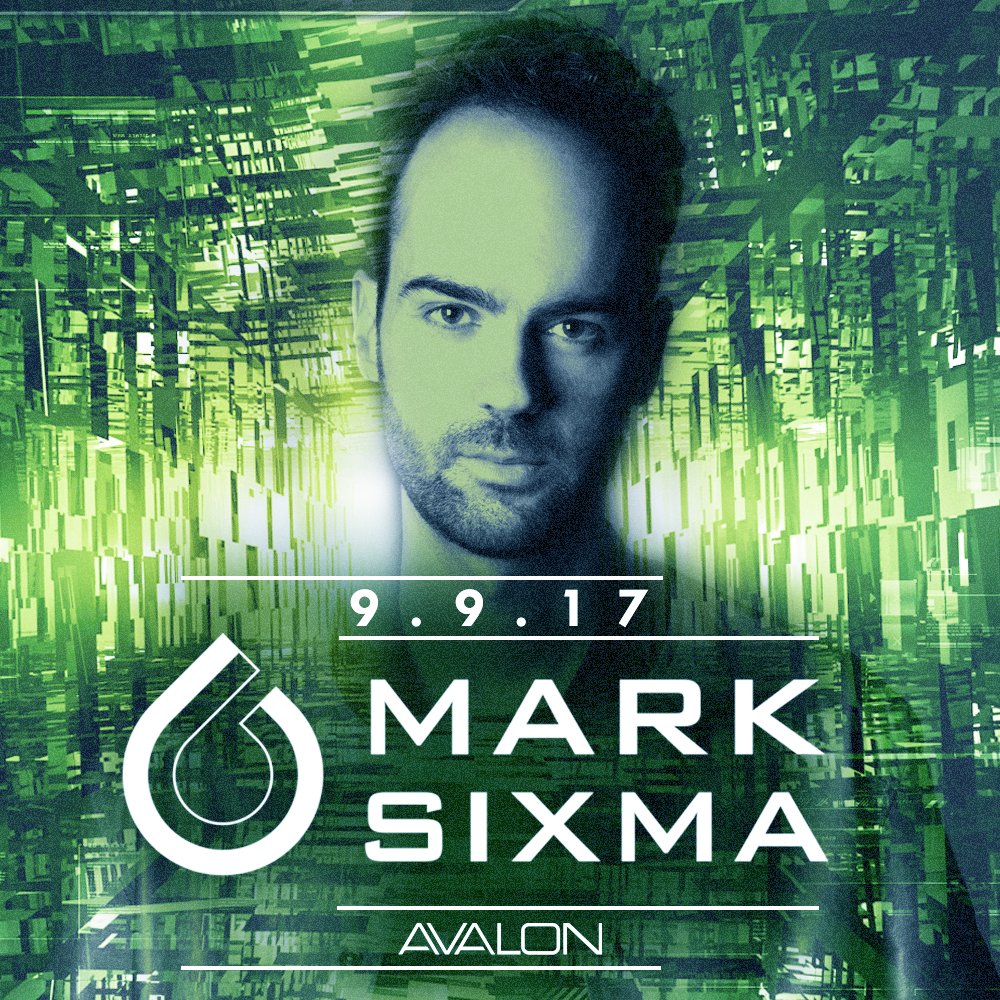