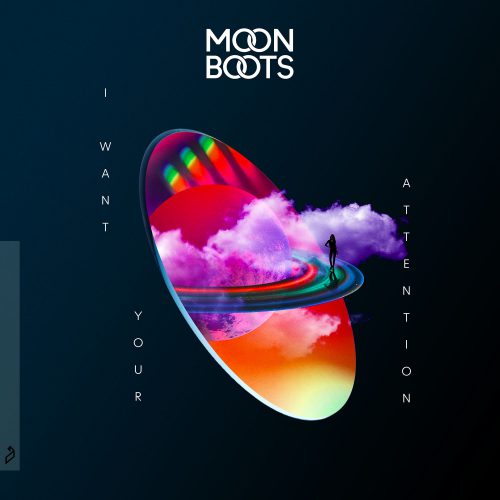 After releasing multiple other tracks off his forthcoming debut LP, Moon Boots has given us the final single for your listening pleasure. Titled “I Want Your Attention” the track draws you in just as intended with its sexy beat. Featuring vocals from Australian Singer Fiora, this infectious tune further proves that Moon Boots is ready to dominate the house music scene going forward. The song speaks for itself in terms of quality, so listen in and get ready for the release of First Landing on August 4! 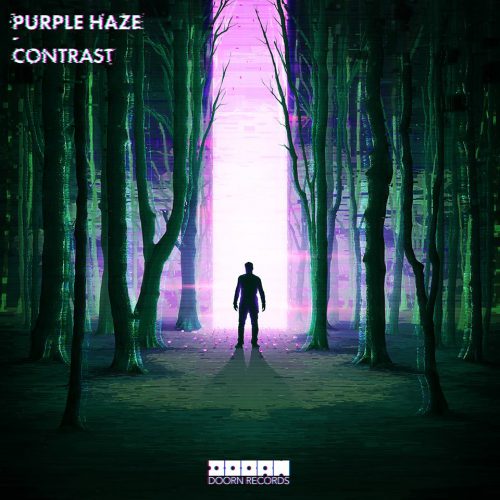 What Began With “Neiloj” Has Been Followed Up With “Contrast”, The Latest Offering From Sander van Doorn’s Purple Haze Project

It’s time to take the beats deep down into the depths of the underground. What began as Sander van Doorn’s way to explore the techier side of life, “Contrast” will go down in history as his second offering since taking to the stage as Purple Haze this past season at events that included Electric Daisy Carnival Las Vegas and Ultra Music Festival.

As the sweet techno kick floods your brain waves, the melody flows like water, balancing hard with soft and dark with light.  Sander could not have come up with a better name as “Contrast” offers up just that. A stunning blend of crisp driving beats and layers of brilliant atmospheric swells. This tune is impossible to ignore as the intensity continues to build throughout, keeping the listener locked in with creative details and twists around every turn.

This is just a small tantalizing taste of what’s to come on the debut Purple Haze album that is set to hit the airwaves at the end of September, giving us just enough to keep the anticipation at peak levels. If you want to hear more of what’s to come on this groundbreaking record, catch one of the upcoming Purple Haze shows at Tomorrowland in Belgium, on July 21, or at Dreamstate Mexico, on August 19. For all of his upcoming Purple Haze appearances, Sander van Doorn promises a guaranteed audio-visual sensory overload that you simply don’t want to miss! 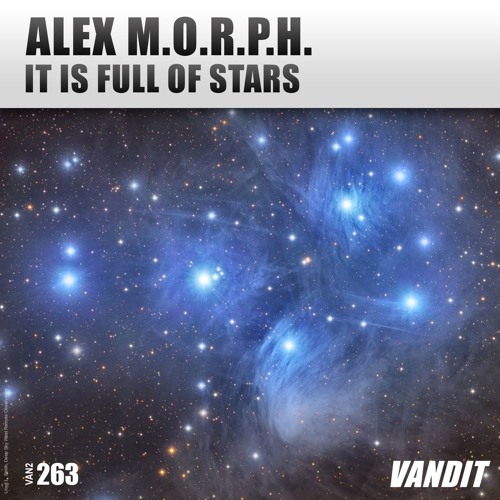 Take A Journey To The Great Beyond With Alex M.O.R.P.H. – “It Is Full Of Stars”

“It Is Full Of Stars” is the first new track to come out of Alex M.O.R.P.H.’s studio since the electrifying release of 2016’s ‘Not All Superheroes Wear Capes’. Building on the new era of M.O.R.P.H.-ism, when Alex says “It Is Full Of Stars”, he is truly not kidding! Extending VANDIT’s current run of intergalactic themed musical delicacies including Project 8 pres. Shane Kinsella’s “Serenity”, Chris Bekker’s “Miles Away”, and Leroy Moreno’s “Serenity”, this brand new Alex M.O.R.P.H. offering places its focus directly on the skies above.

Alex has always had the innate ability to channel equal parts creativity, artistry, and authenticity into all that he does, and on “It Is Full Of Stars”, he takes his talents to new levels. With an ethereal vision, he has developed a new cosmic stunner that translates perfectly on the dance floor!

Close your eyes and prepare to be set adrift as you travel past massive planets and intergalactic stars that burn brightly in the night sky! The hypnotic vocals are set off in the distance, resounding like sirens above the driving percussion as the melody elevates the mind, body, and spirit to new heights uncharted. This is a track that you are going to want to put on repeat! 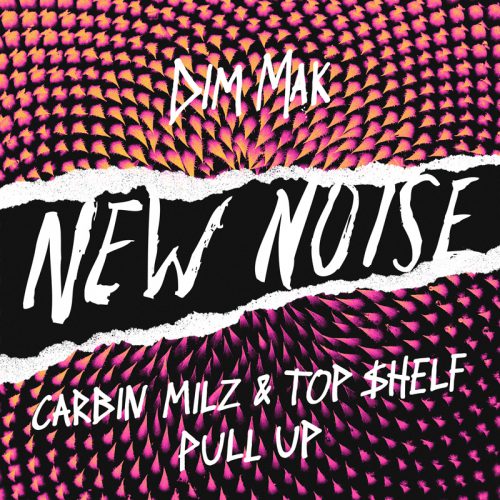 Carbin, Milz, and Top $helf are newcomers to the dance music scene. However, they have all made an impressive name for themselves respectively in a short period of time. Carbin has been supported by the likes of Adventure Club and Excision. Milz gained notoriety through his trap rework of “The Hum,” by Dimitri Vegas and Like Mike and Ummet Ozcan. Finally, Top $helf has had numerous songs go over 100k+ plays on SoundCloud. On their newest track, “Pull Up,” all three producers talents shine through, you have to check it out! 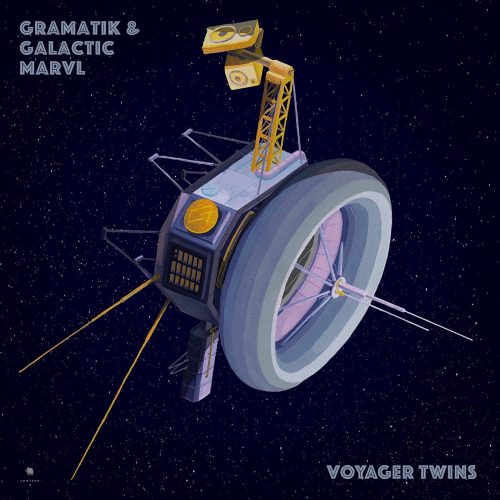 Gramatik definitely shows a crazier side with this one, and I’m absolutely loving it. Released on Gramatik’s label Lowtemp Records, “Voyager Twins” seamlessly combines Gramatik’s jazzy style with some insane heavy dubstep. The track starts off with some funky keyboard and guitar, progressing into a bass drop that will get you headbanging wherever you are. Gramatik’s integration of live instruments is always killer, and “Voyager Twins” is no exception! If you’re a fan of GRiZ’s bass-heavy tracks, you definitely have to give this one a listen. I’m loving this new sound from Gramatik, hoping for similar tracks to come! 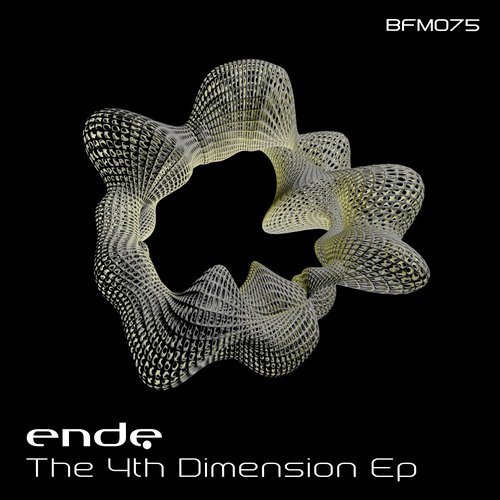 Ende has Minimal Techno down to an exact science, and his latest release “The 4th Dimension” really shows it.  The producer from Palma de Mallorca has banged out quality new music almost monthly, all with a consistent “trapped inside a black hole” aesthetic that’s sure to get minimal fans to the dance floor.  “The 4th Dimension” takes you on a ride through throbbing bass lines and crunchy percussion while far off synths seem to fly past you and fade away into darkness.  In addition to being Ende and performing fantastic hybrid live/DJ sets, Daniel Gelabert runs the BFractal Music record label through which he releases most of his music.  If you dig it, watch out for Ende’s new music, because it’s a guarantee there will be more to come! 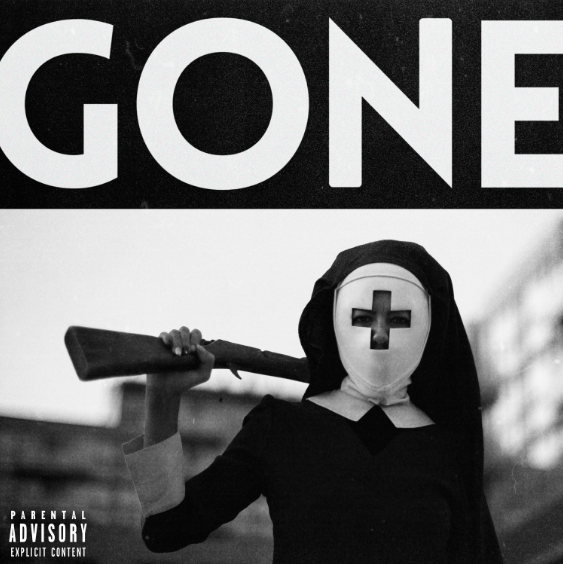 LA+CH, pronounced Latch, is a Toronto-based producer that is set to take over the scene. Set for an official release on September 22 via his EP None, he has unleashed this fresh track for your ears this week. “Gone” features some unique vocals and a sexy bassline that is perfect for those summer pool parties and day club vibes. The track has already gained loads of support from tastemakers and other artists in the scene, so make sure to listen in below and get on the LA+CH train! 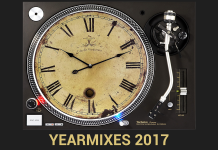 Revisit the Best Tunes of 2017 with These Yearmixes 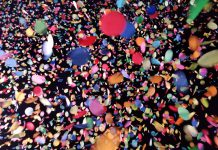