The company has announced it would be laying off 2% of their staff overall, which includes the shut down of Thump.

Today, the electronic music focused website Thump has shuttered its doors for good. In their push for more video-related content, VICE Media is laying off around 60 members of their staff in Europe and North America as part of their new direction. This move also includes the opening of offices in Dubai and Mumbai with an increase in their international staff too.

After launching in 2013, Vice Media’s Thump became a well-received site in the electronic music community as they provided insight and a unique take on issues that presented themselves over the years. They tackled a variety of issues, some better than others, but always brought with them a sense of journalism that isn’t too common in this scene today. The content that you’d normally find on Thump or their other focused brands will now be found intermixed on their main website, so all hope is not lost for their quality take on the scene.

Announced via an exclusive on Variety, this came as a shock to many in the electronic music scene including us here at EDM Identity.

The closure of Thump was confirmed via a tweet from their Editor, Michelle Lhooq:

I’ll be the first to admit that quality journalism is not something you see every day in the electronic music blogosphere. While I didn’t read everything they published, nor did I agree at times, they were still a site that I had lots of respect for and was one of the reasons EDM Identity is here today. The loss of this site is a sad day for the electronic music community, and hopefully, they continue to provide quality content through Vice’s main news site.

Connect with Vice on Social Media: 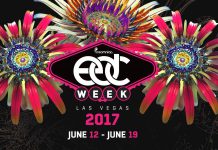