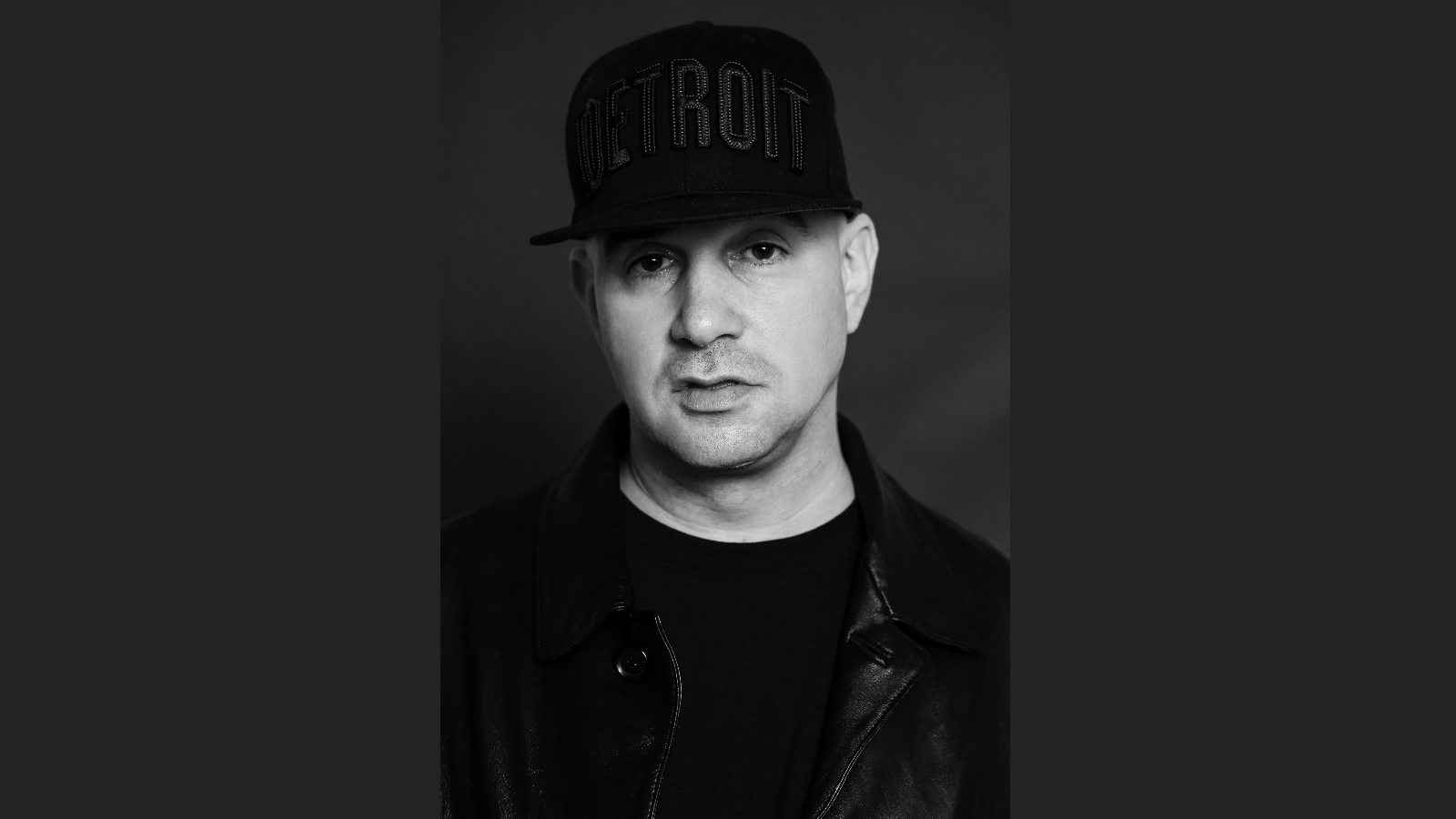 When you talk about the rave scene, there are a few names that constantly get brought up as true legends. These are the ravers and artists who were the original movers and shakers of the scene, the architects of what is now the rave community, and they are revered for their massive contributions to this day. Whether they were the first to throw parties in their city, the early adopters of new beats that laid the groundwork for genres to come, or created a mantra that the community should live by, each and every one of them is crucial to the point we have reached as a scene. One of those architects is the legendary DJ Frankie Bones who aside from creating P.L.U.R. back in the early 90’s has filled a wide variety of shoes over the past three decades.

Last year, Frankie renewed his Bonesbreaks series that was an influential part of the early scene for many ravers, but that was just the beginning. Since then, he has released BANG001 with a limited edition run of vinyl and is taking preorders for BANG002 now, and his label Bangin’ Music has been pumping out massive tunes too. Recently at Movement Music Festival in Detroit, and with all the amazing news coming from him and his label, we could both hear and feel the momentum building around this legend. Listen below to “I FEEL LOVE” which tells the story of vinyl below, and read on for our chat with Frankie Bones as we discuss the format, the New York scene, and more.

Listen to “I FEEL LOVE” (The Frankie Bones 2017 Brooklyn Warehouse Remix) on YouTube:

Vinyl has seen a comeback recently, but only a decade ago it was almost completely phased out. What do you feel has led to the renewed interest in the format?

What happened was the disappearance of brick & mortar record stores in the United States in the early 2000’s. Being based in Manhattan especially was not easy for record shops after 9-11-2001. 90% of the places you would go to buy records had gone out of business after surviving for decades. We opened Groove Records in 1990 and then Sonic Groove in 1995, which finally closed on October 27, 2004. The file sharing thing would be the nail in the coffin after 2005, but vinyl never stopped being produced, it just became a niche’ market.

I never stopped buying, trading or selling vinyl. It has remained a way of life for me. It’s not really a DJ thing anymore, it’s a record collector thing, and people who collect records are still buying to this very day, myself included. You can’t compare the sound quality that comes with vinyl. It’s warm, it crackles, you can tell it’s imperfect. Digital is convenient but sounds flat in comparison. I think people are looking for something real again.

With a successful release of BANG001 and the pre-orders of BANG002 in full swing, what has been the response from fans so far about these limited vinyl releases?

My wife Melissa and I started Bangin Music with the intention to be a digital label like all labels are today. We are both very passionate about the history of the music and as we began releasing new material to the digital market, we felt something was missing from the equation. It quickly became important to us to press vinyl because we wanted to keep the old-school aspect alive and also have real, tangible pieces of music to authenticate what we were doing. Many of my fans go back to the 1990’s and are still collecting records and buying them from me, so we knew we had a good customer base to start.

We decided to do 300 limited edition vinyl pressings with unique colors for each release. Not one record looks the same, each one is slightly different. Our friends, family, and fans have been extremely supportive so far, I think they can see the level of dedication and passion we have for what we are doing with this. You can’t get rich from selling vinyl, but like any other business, if you are dedicated to doing it, it can be a successful venture. It definitely adds a special realness and authenticity to being a music producer and record label in 2017.

What are some of your favorite picks from your own record collection?

Having been a DJ for a long time, what was your experience with the changes in DJing technology over time?

The more things change, the more they stay the same. Every single device which came after the standard Technics SL-1200 Turntable and a Pioneer DJM-600 just made it more affordable and easy to become a DJ. When social networking put everyone on the planet on the same grid, DJ culture exploded worldwide and people who couldn’t get the records now had access to the internet, to the files, to everything.

It’s evolution. The new technology gave everyone the ability to do it. Unlimited resources to play music however you like. You still have to organically grow your fan base. I was 20 years ahead of everyone in 1990. I saw it coming in 2007. In 2010 people could do whatever I did, so I had to adapt.

If you could give one piece of advice to aspiring producers or DJs, what would it be?

Stay true to yourself and be humble. You are only as good as the closest people around you, so find the good ones, cut off the negative ones, and you will find your way.

How often do you find yourself playing wax at events, and what’s your ideal set of gear to perform with?

The USB stick has become ideal for me because I can take my current record collection, record wav. files and have crates of vinyl ready to go right on my key chain. Ideal is the industry standard. Industry Standard is a Pioneer Nexus System CDJ-2000’s and a Pioneer DJM-900. There is nothing to set up, you walk onto a stage, plug in your USB stick and perform without any issues or delays. Professional Grade. No Laptops. No Serato. No production/studio gear. Just tracks…and skill to mix them.

Movement Music Festival recently gave techno and house music lovers a weekend of a lifetime, what was your favorite moment from the event?

Detroit is very passionate about their Techno. Techno is the future. It always has been. In 1989, my song “Call It Techno” goes “It started in Detroit, but I had to exploit, the way I hear it”. I exploited it by importing UK rave to the United States in 1990, and the Detroit-Brooklyn connection has been one since those days. It’s like “Brooklyn’s In The House”, and we have a long history to share with people.

P.L.U.R started as P.L.U.M in 1990. In 1993, the Movement was coast to coast and when bad elements came into the scene, the Movement was created, so Respect became the fourth pillar of P.L.U.R. So in retrospect Movement as a festival is the real core of it all. They made 2017 one for the record books.

New York has seen its fair share of canceled festivals this year, with EDC New York ending its run and Mysteryland USA canceling. Why does it seem to be difficult to keep festivals afloat in that state?

This was because Robert Sillerman from SFX came into out culture in 2012 and proclaimed he would invest a billion dollars into Electronic Dance Music. He then bought into a monopoly of companies which included ID&T who owned Mysteryland in Europe. SFX as a parent company was a good idea on paper. But many of the companies he bought out did not have the means to run these large events and turn a profit which burned up 666 million dollars of profits, so Sillerman pulled out and left SFX bankrupt.

Pasquale Rotella had not bought into the SFX scheme and ran Insomniac properly. Rotella is a raver. An original U.S. raver from the original West Coast scene, so being an original, he felt EDC was meant to be in Las Vegas. He told me himself, “Bones, I’m not comfortable doing festivals that end at midnight”. He wants EDC to be special. To see the sunrise and then close at 8 A.M. for a proper rave experience.

What makes the scene in New York different from other areas of the country or world?

When Rave Culture started in America in 1990, it came from the U.K. and landed on both coasts at the exact same time. Being that I was exported from London to Los Angeles, I was able to Americanize Rave Culture from being a part of the L.A. Warehouse scene in 1990. What made NYC different is that all the music was on vinyl, and all the music coming from Europe came to America on vinyl and landed at JFK Airport to wind up in four different record distributors.

Watts Music was our family. They had every single label in Europe sending them product and we knew all the record labels. You didn’t have the internet back then, but you had a fax machine. Then we started doing fanzines like Heather Heart’s “Under One Sky”. We networked the entire country in 1990 out of NY.

For electronic music lovers who may be in areas without a strong local scene, do you have any tips to help them grow a community?

If you go deeper into the true meaning of P.L.U.R., it’s all been written in the history. Peace + Love + Unity + Respect is what you need. That is all.

Finally, what is in store for fans of Frankie Bones in the rest of the year?

I’m doing so many different projects right now which means you’ll be seeing a lot more from me very soon. I can’t mention any names yet, but I am currently working on music for some of the leading techno labels. We are continuing to build Bangin Music’s catalog and will start featuring other artists on our label within the next couple of weeks.

We will continue to press vinyl…we are really only getting started with that. For the past 25 years, we’ve been saying “See you in 2017.” …and here we are! Stay tuned.