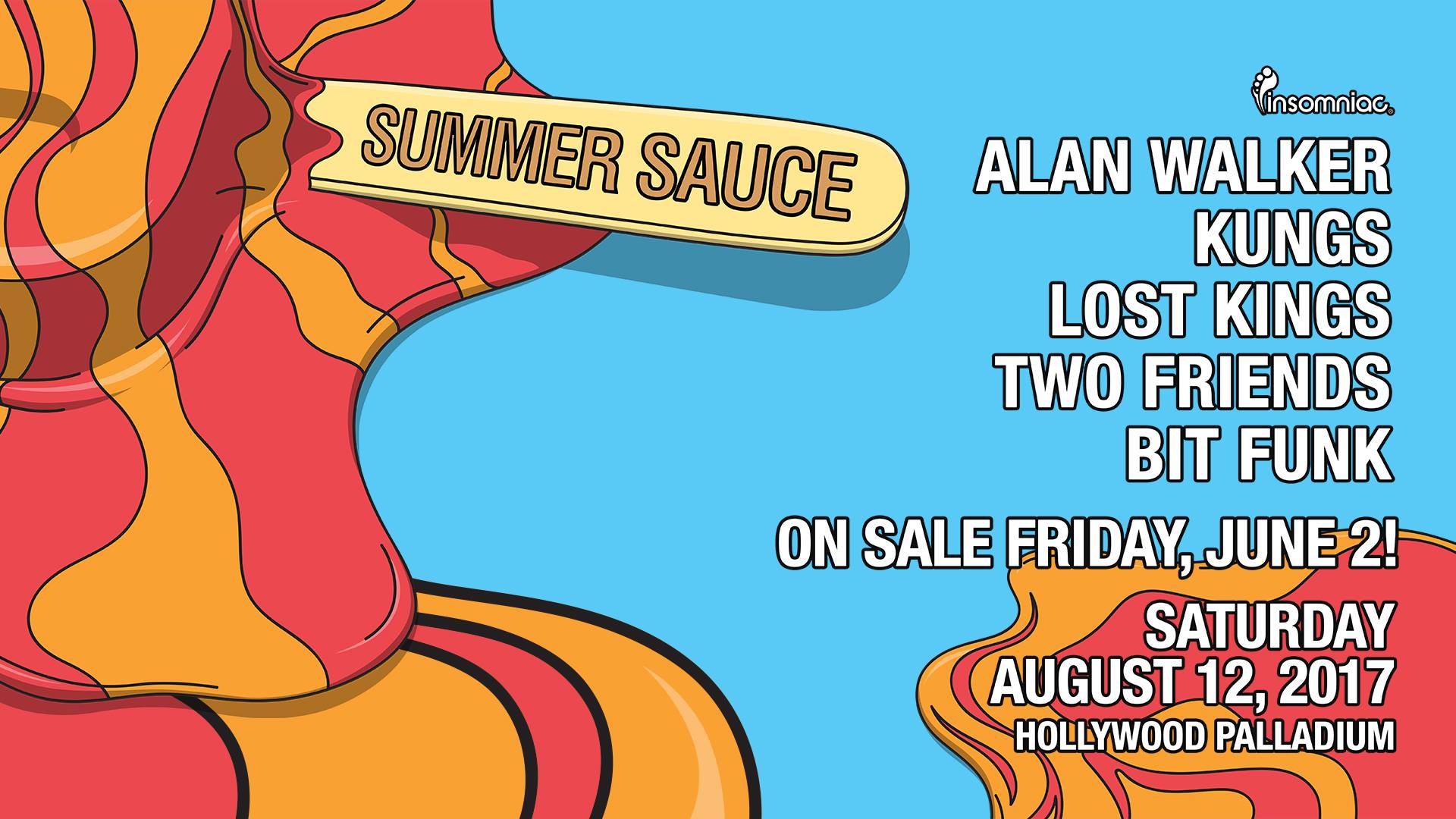 Hopefully you haven’t been making too many plans this summer, as the Insomniac Team has been making some serious moves with fresh events this year. Announced today, Insomniac has revealed its latest event series that has been dubbed Summer Sauce, Set to take place at the Hollywood Palladium on Saturday, August 12, 2017, this new event series is set to focus on the more pop-centric side of the electronic music world.

Fans will be treated to the summer soundtrack from artists like Alan Walker, Bit Funk, Kungs, Lost Kings, and Two Friends. It is the perfect after party for your daytime BBQ and beach adventures, as you can dance the night away to some quality house tunes. In true Insomniac fashion, they will be turning the Palladium into an island destination we can only dream about being at while stuck at work. 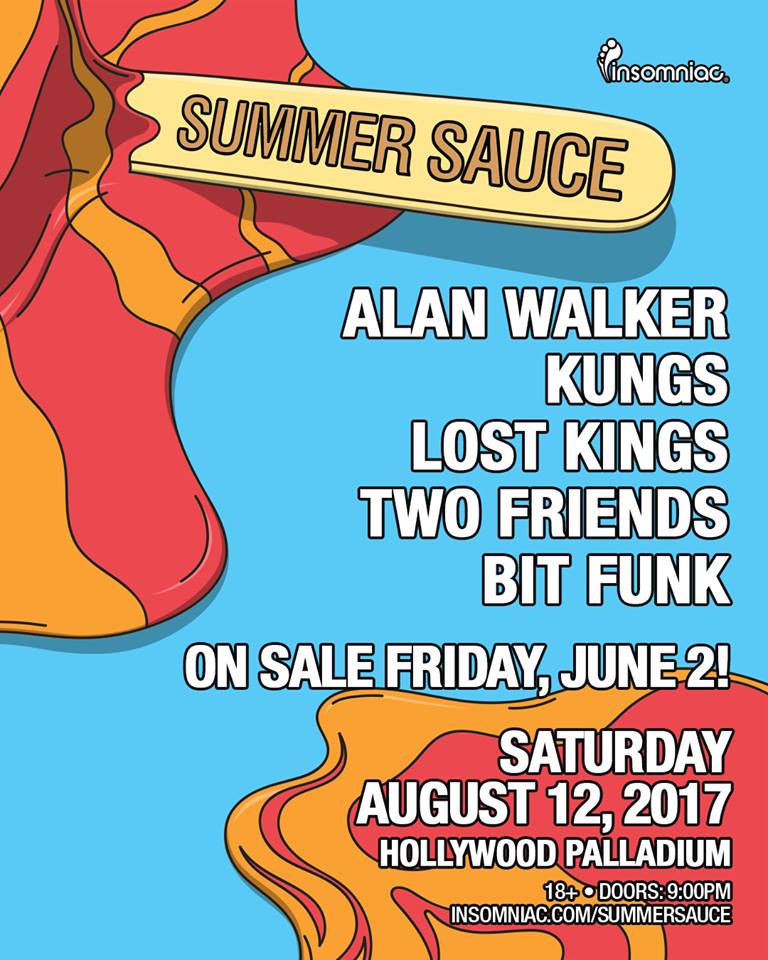 The company was founded by Pasquale Rotella, and has been based in Los Angeles since it was formed in 1993.