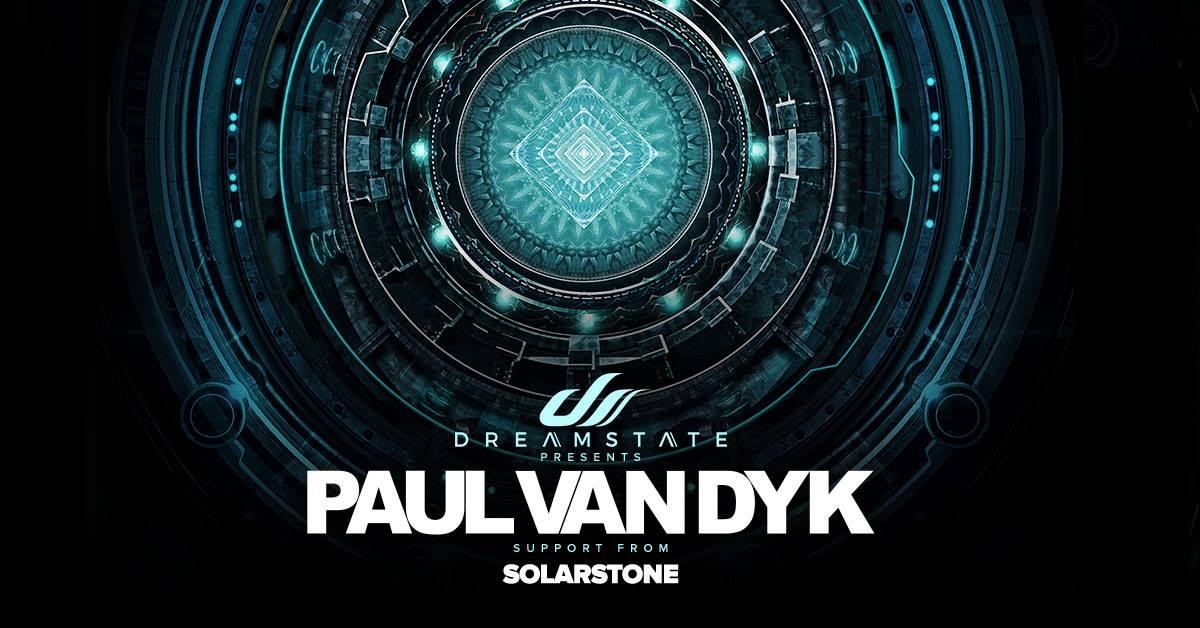 Insomniac Events’ Dreamstate kicked off their inaugural festival in November 2015, providing for fans a blend of exceptional trance music and the spectacular festival experience with which Insomniac has become inextricably associated. Less than two years later, Dreamstate announced Dreamstate Presents, their first club tour, featuring the legendary Paul van Dyk with support from an incredible roster of trance DJs on stops throughout the country spanning twelve cities in one month. As the tour continues on, it is set to bring the Dreamstate experience to fans in cities who have longed for the experience since its beginning.

San Diego is no stranger to Trance events with massive growth in the city over the last two years. Seeing Paul return to the town will be a joy, as he’s played there over the years at a variety of venues that include: SPIN Nightclub, 4th & B, Bassmnt, and On Broadway.  While many of the venues are gone to the years of old, this time he will touch down in a surprising choice: the House of Blues.  Located in the heart of the Gaslamp area of downtown San Diego, it will afford quite the opportunity for fans of the legend.

German-born trance pioneer Paul van Dyk has been a dominant force in the scene since he started mixing in 1988. His reputation precedes him – he won a Grammy Award for his work on The Dark Knight soundtrack and was nominated for another for Best Dance/Electronic album for 2003’s Reflections. He was named World’s Number One DJ in 2005 and 2006 and number one by Mixmag in 2005. He’s also an incredibly prolific producer; to date, he has released seven studio albums and twenty-nine singles and sold over three million albums worldwide The mark he has made on the electronic music world is indisputable.

Perhaps the most incredible thing about Paul van Dyk is that after all this time, he is still going strong. His recently released single “Touched by Heaven” has the makings of a trance anthem, and was inspired by life, a topic that’s been heavily on his mind since his accident last year. The Dreamstate Presents tour will be his first official major tour since the accident, and we cannot wait to see what tricks he has up his sleeve.

Solarstone also joins the fray on this particular tour stop!

If that wasn’t enough of a draw though, fans can expect quite the jewel of an opening set with Mr. Pure Trance himself – Richard Mowatt – aka Solarstone.  Hot off the release of his new album .—- (pronounced One – which we reviewed here), Solarstone will undoubtedly be laying down a solid, if slightly more mellow, Progressive House sound for the night.  It should also be of note as it is his only stop on the tour, so I’m sure he will craft something unique for attendees.  For long time fans of the DJ, it should not come as a surprise though — he’s quite well known for his “Progressive Selections” almost as much as Pure Trance.

See what I mean by checking out the latest Pure Trance Radio episode below:

Enter to win a Meet & Greet with Solarstone and signed copy of his latest album:

Win a Meet & Greet with Solarstone!