Zero Hero is back to bringing devoted fans that industrial x hard dance fusion that’s been they’re known for.

Back in 2013, happy hardcore megastar Darren Styles and multi-genre heavyweight Michael Stonebank decided to team and create an amazing amalgamation of sounds. From this synthesis, Zero Hero was born. Though their style has evolved from their initial tracks in 2013, to their 2016 re-introduction “Back Again” to their latest release, Zero Hero has continued to deliver hard-driving uptempo beats. As there were massive gaps between joint releases, there were doubts that Zero Hero would reappear anytime soon. With Stonebank and Styles each manning their own successful solo careers, the future of Zero Hero was uncertain in fans’ eyes. However, when both members landed on Monstercat’s label, the continuation of their collaborative brainchild was sure to happen. Now, they are back with their latest release to date, “Bass Drop”!

If you’ve listened to Darren Style’s 2017 mini mix, the latest Zero Hero track should not come as a surprise. Ever since I saw Styles in LA, I’ve been obsessively replaying the mix; once “Bass Drop” was released I was automatically in tune with that familiar set of hard beats. This latest track employs hardcore techniques as previous Zero Hero tracks but also appears to include similar beats and triplets to those heard in many psytrance tracks. Listen to it below on YouTube!

What are your thoughts on the new Zero Hero track? Let us know in the comments below!

Darren Mew, aka Darren Styles, has DJ’d and produced for over 20 years. He began his career in 1994 and was deeply inspired by the rave sound of the early nineties. He has a history in the breakbeat hardcore scene when he played as part of DJ Force & The Evolution and later as part of Force & Styles. Force & Styles had numerous hits and were also the first UK Hardcore act to do the Essential mix for Pete Tong on Radio 1. Styles even dabbled in trance, as part of Styles and Breeze, before getting deep into the Happy Hardcore scene. In 2013 Darren was the first UK Hardcore artist to play EDC Las Vegas on the Basscon Stage.

Born and raised in Peterborough, England, 29-year-old  Michael Stonebank, aka Stonebank, is DJ and producer that has been in the music game for numerous years. Depending on the genre he aligns with at the time, Stonebank has performed under multiple names including Modulate and Rocketpimp. He has produced within a wide variety of genres including complextro, electro house, drum and bass, and hardcore. His sound has been described as one that walks the line between melodic and aggressive, offering an element of unpredictability to his productions. 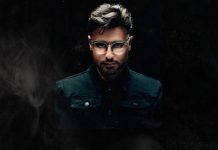 MUZZ Shows Path to ‘The Promised Land’ on Debut Album 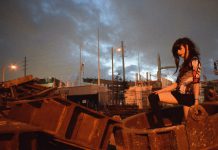 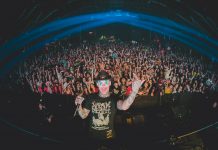