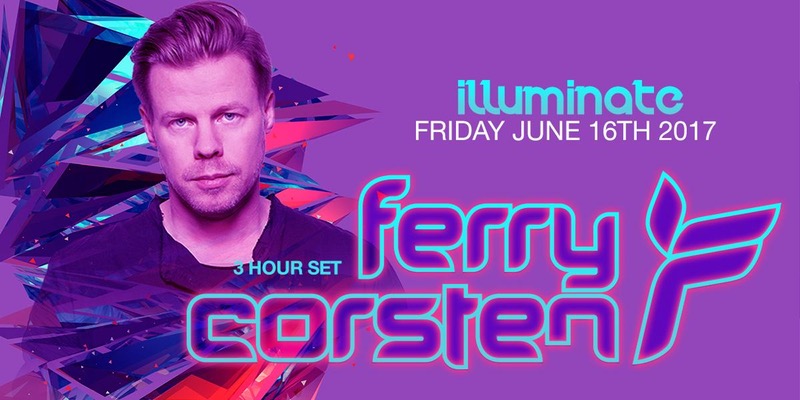 After a freak winter storm that swept in and wreaked havoc on the city of Atlanta this past January, ultimately causing the cancellation of the much anticipated Weekend One event featuring Ferry Corsten, we are proud to announce that tickets for the rescheduled date are on sale now!

Ferry Corsten fans were left stunned and thoroughly upset when an ice storm that loomed over the south dumped its load directly over what was set to be the location for Weekend One, a new year celebration set to take flight just a short week after the ball dropped, bringing in 2017. Ferry Corsten was booked for a 3 hour extended set at Atlanta’s premier hot spot, Opera Nightclub. Sadly, this event would be postponed after icy conditions forced the city to shut down, as many metropolitan communities in the south are not prepared or equipped to deal with this type of natural anomaly. But, Ferry Corsten, not wanting to further disappoint his dedicated and passionate fans, promised to reschedule the event for a later date and since then we have all been waiting patiently for Ferry Corsten to make his way over to the “Athens Of The South”.

Well, the wait is almost over trance family! I am thrilled to announce that Ferry Corsten will be gracing the stage at Opera Nightclub on June 16, 2017, for a night of trance that you won’t soon forget, with tickets officially on sale now! Just as Weekend One promised a 3 hour extended set, so will the rescheduled event, giving trance addicts all that they have craved for and more! This will be an Illuminate event presented by Liquified, boasting the largest weekly 18+ electronic dance party in the southeast. Featuring world-class electro, house, and dubstep acts on their dazzling LED light production and top-of-the-line sound system, Illuminate invites you to come join them every Friday night to ILLUMINATE your nightlife experience! All previous ticket buyers from the originally scheduled show will be valid. But, if you haven’t purchased your tickets yet, click on the link below and grab them before they are gone!

Ferry has had quite the exciting 2016 with live performances all over the globe both solo and B2B with Markus Schulz as New World Punx. But above all, his Gouryella project being the hands down talk of the town has put him on the map as a man who is truly changing the game and bringing back that classic trance vibe. To make this a night to remember, Ferry will be taking over the decks for an extended 3 hour set at one of the hottest night spots in the beautiful city of Atlanta, Georgia. I can say from experience that Opera Nightclub always has their guests at the forefront of their mind and go above and beyond to make every event more special than the last. So what are you waiting for? Check out all the details below and then grab your ticket for an evening of great vibes, amazing people, delicious drinks, and breathtaking beats. I will see you on the dance floor! 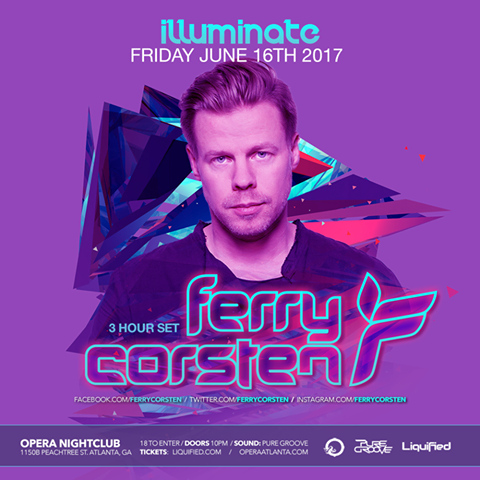