The Beyond Wonderland Mexico lineup just got even better with some fresh additions!

Reeling off the massively successful Beyond Wonderland here in Southern California, Insomniac Events unleashed the full lineup for their first edition of the event south of the border! While the initial lineup was already stacked with some quality names like Zedd, Jamie Jones, and Mat Zo, these new additions are just icing on top of the cake. The team behind EDC Mexico has led the charge for this event, which was the largest dance music festival in the country’s history. The event will also feature an exclusive version of Boombox Art Car and of course plenty of art installations while the Cheshire Woods stage will bring the quality house and techno beats for headliners to dance the night away to. The 20 new additions to the Beyond Wonderland Mexico lineup include artists ranging from Billy Kenny and Jordan Suckley, to some fresh local talent like Guztavo MX B2B RICKBER SERRANO and Cesar Lugo. Look below for the full lineup now!

The debut of Beyond Wonderland Mexico is set for May 6 and will be held at the Mundo de Adversas in Monterrey. Tickets for this brand new experience are now on sale, here! 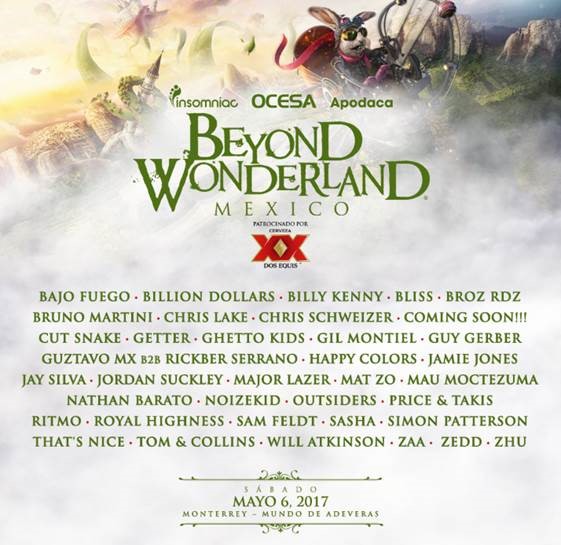