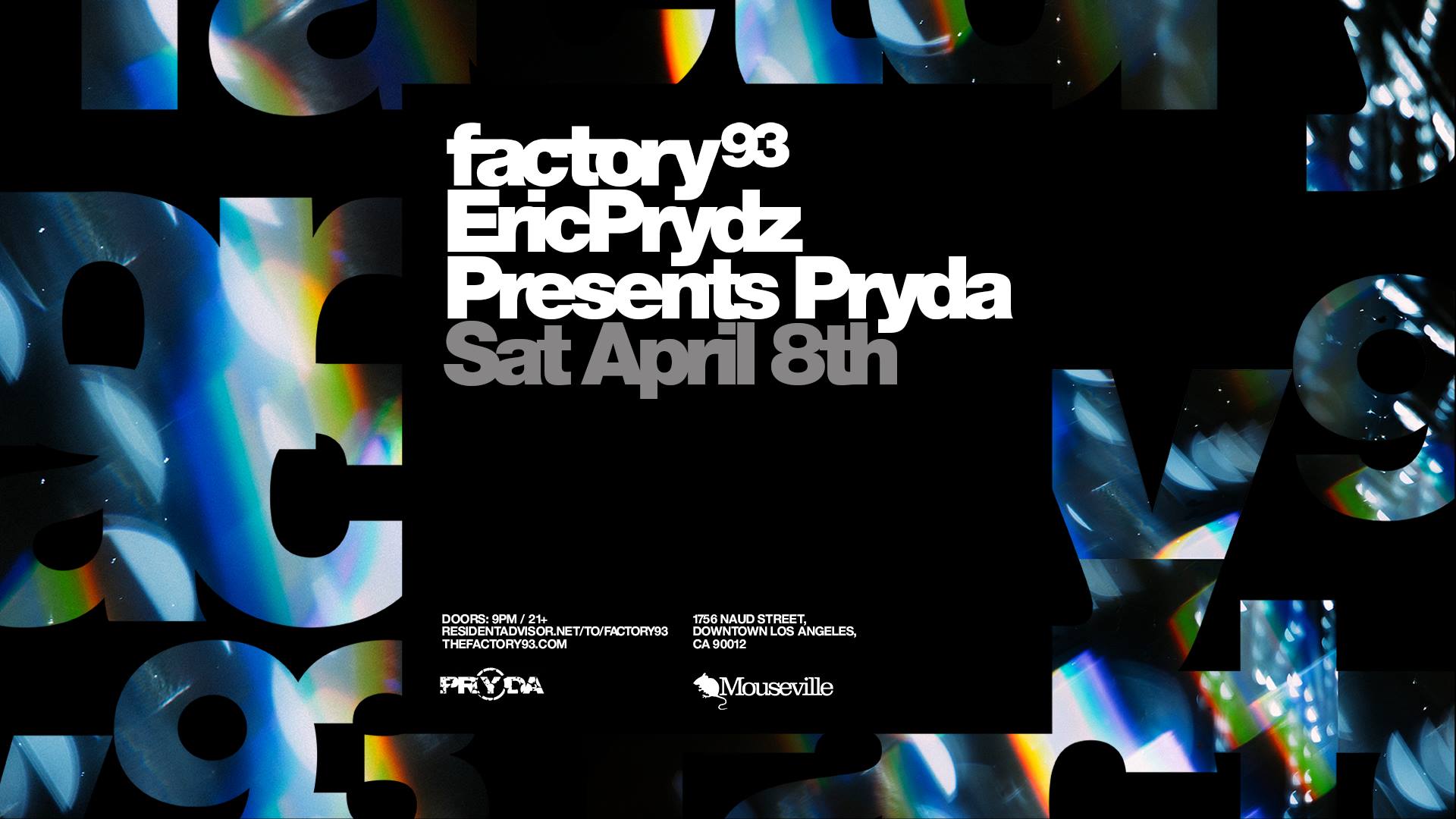 Save the date, because this is an edition of Factory 93 that you most definitely won’t want to miss!

When Factory 93 was originally announced last year, I created a short list of artists that I hoped would eventually play the event. New and old, the list was dotted with names from the house, techno, and tech house scene that I’ve grown to love over the years. After attending the first edition of Factory 93 back in May of last year, the event has steadily increased in both quality of artists spinning, as well as the frequency of the events occurring. While I missed out on the 10 Years of Diynamic edition and New Year’s Eve party with Get Real in December, there was no stopping me from attending the MoodRAW party in January. Check out my full review of the event, but briefly, I’ll say that the modifications that were made to the setup were much appreciated.

Now, it is time to focus on the upcoming edition of Factory 93 in April, featuring legendary artist Eric Prydz. The event itself was announced earlier this month, with very little information outside of the date he would be playing. Taking over the warehouse on Saturday, April 8th, Prydz will be bringing his best work and giving us a Pryda night in Downtown LA. Dubbed ‘Eric Prydz Presents Pryda‘, much like his compilation album of the same title that was released back in 2012, Pryda fans already know how amazing this evening will be.

Tickets go on sale Friday, January 27th at 12pm PT. They will go fast so make sure you’re ready on the dot!

The very first Insomniac event series began in 1993, aptly named “Insomniac.” Every Friday in Los Angeles, hundreds of people would come together to celebrate the culture and its enthralling music. Factory 93 channels the energy of Insomniac’s earliest gatherings for incredible experiences – centered by a true appreciation and understanding of the origins of the underground. Insomniac will continue to offer fans the opportunity to travel back in time to its storied roots and experience all that the 90’s underground music scene had to offer.