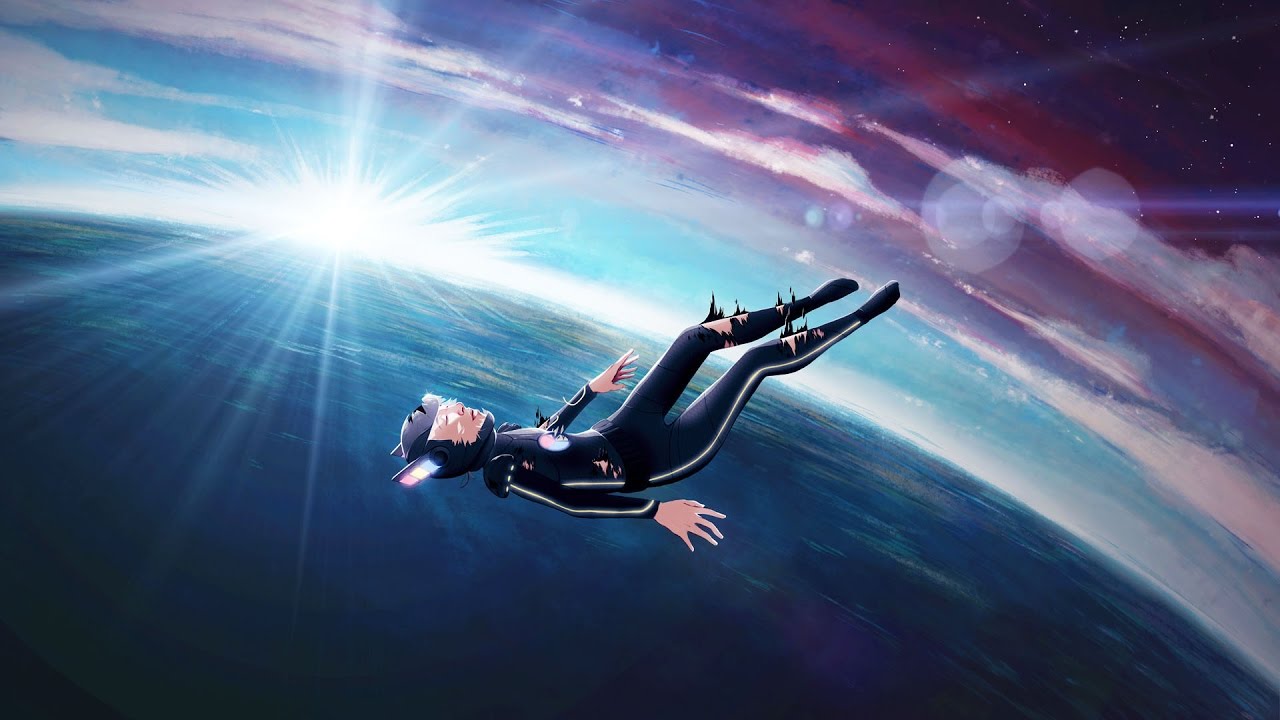 Pogo, the Australian producer known for his wizardry of sampling, is back again with another album of masterful crafting.

The 28-year-old from South Africa returns with a new world of music to get lost in with his latest long play, Weightless.  Released right before New Year’s Eve on Bandcamp and Youtube, let’s dive in and see what his offerings are this time. Scroll to the end for the full album stream on YouTube!

From the onset, Weightless represents both the uplifting nature of Nick’s music, while providing a sense of urgent energy.

There’s a dabbing of all sorts of sources in “Giving,” many of which feel intimately familiar, and the calm backdrop he utilizes instantly grabs the ear with a hopeful attitude.  “Cupboard Shaker” pulls up the funk and hip-hop vibes, infecting the mind with the air of futures untold.

“There You Are” touched down on his YouTube channel three weeks ago as of this review, and it still sounds the most easily accessed track I’ve heard him produce in a long time.  That’s not to say it’s a bad track, though, far from it actually.  It’s a beautiful track that speaks of open love and warmth and provides a lackadaisical attitude to move forward into the year with ripe with opportunities.

“Data and Picard” screams the nerdy side of the producer without straying from his established style.  It is exactly what made Pogo famous years ago with “Wishery” and yet it feels evolved beyond the original formula.  No surprise – “Wishery” is six years old now.  There’s a touch of the beauty of teen producers that gained popularity over the last few years, but in a way, it also is a bit too cluttered.  The vocals feel like they are driving the tempo, and do not allow the song to breathe.

“Watching You” on the other hand captivates for its simple opening on the piano.  Strings and a mellow beat drive the track behind the piano.  There’s something cinematic about the production – in a way, it feels like a smooth driving song or the passing of a sunset and the open road.  In a word – serenity.

“Born” is a throwback to hip-hop and funk in the early years.  There’s an underlying tone of jazz in the beat and bass line, while the samples offer both humor and nostalgia.  “Trumpular” is very much a period piece produced over the last year – and unsurprisingly samples Trump.  There’s a warmth to the background that drives the track stunningly, but it feels so conflicted with the president-elect’s vocal samples here.  Is it a political track – no, but it does feel rather “flash in the pan.”

There’s a video game appeal in “Smack & Snack” that is apparent – but there is also this old school Drum-and-Bass track that seems ripe for consumption.  The break work here is what grabbed me the most, and really showcased how simplicity can represent some of the best beauty in a track.

Percussion takes the forefront in “Hoo Ba Ba Kanda” with its clap lines, shakers, and infusing warm bass line.  There is a touch of Breaks in the track, and some old school Funk.  “Jungle Dash” sprinkles in Drum & Bass with some more classic Disney samples.  It reminds me of “Wishery,” but in a different genre and with greater refinement.

Winding down the album’s back five tracks is “Dream Reaper,” which flows wonderfully out of the melodic vibe of the prior track.  Retriggered flute patterns in the introduction and a Techno beat bed bring a new mood to the album. “Don’t Wish” returns the House vibes to the album – and while the sample manipulation may feel a bit at odds harmonically, the track’s vibe is soft and warms the soul.  “Final Drive” flows softly out of the ether, providing a reflective piece that evokes a sense of peace – maybe it is the vocal line, “Tomorrow, go for a drive, “bonding with the funky guitar bassline.

The penultimate track on the album “Closure” brings the best section of the album to… well… closure.  Deep bass elements join a production that feels more in line with someone like Bop than I’d expect here.  It’s a simpler piece than most of what’s on the rest of Weightless, but very stunning in how reserved it is.  The only drawback for me is that my favorite track on the album is only about two and a half minutes in length.

Closing is the Milky Mix of “In My Chair,”  It’s robust percussion offers a driving end to the album overall, and it has some of the most fluid effects work that doesn’t involve sampling compared to much of the rest of the album.

Pogo is one of the most unique producers out there – and the album continues to establish his unique style of sampling and remapped sound bite productions.

Weightless is not groundbreaking or superbly gorgeous, but it does have a unique style in a sea full of mediocrity and cookie cutter albums.  Perhaps ironically, the album’s best stuff is the more experimental and diverse sounding tracks near the end, where he lays the foundation of calm and moody, instead of chaotic sample triggers from numerous sources.  There’s plenty to love here, and plenty to watch what becomes of this producer over the next few years.

Buy your copy of Weightless on Bandcamp and support the independent artists out there.

Connect with Pogo on Social Media: