Tchami has announced a 32-date, North American tour beginning in February of 2017!

Having a reputation for being one of the most sensational artists of his generation, in 2016 Tchami really lived up to that standard. From releasing his EP ‘After Life‘ to his amazing Coachella performance where he had a live choir, his success has continued to flourish. Now after releasing “Prophecy”, which is an amazing collaboration with the mysterious Malaa, Tchami has set the state for the colossal Prophecy Tour that is hitting 32 cities all over North America. Additionally, fellow Frenchman, Mercer will be joining him throughout every stop on the tour.

The church stage will return with a massive upgrade for the tour!

If you got a chance to the stunning church stage on his last tour then you are in for a fantastic upgrade. He’s rebooted his production and various dates on the tour will feature the live choir that he debuted at Coachella. With this new tour and his growing record label Confession consistently releasing hit records, Tchami is setting his sights on 2017 and the continued growth of his Future House empire.

Pick up your tickets for the ‘Prophecy’ Tour HERE. 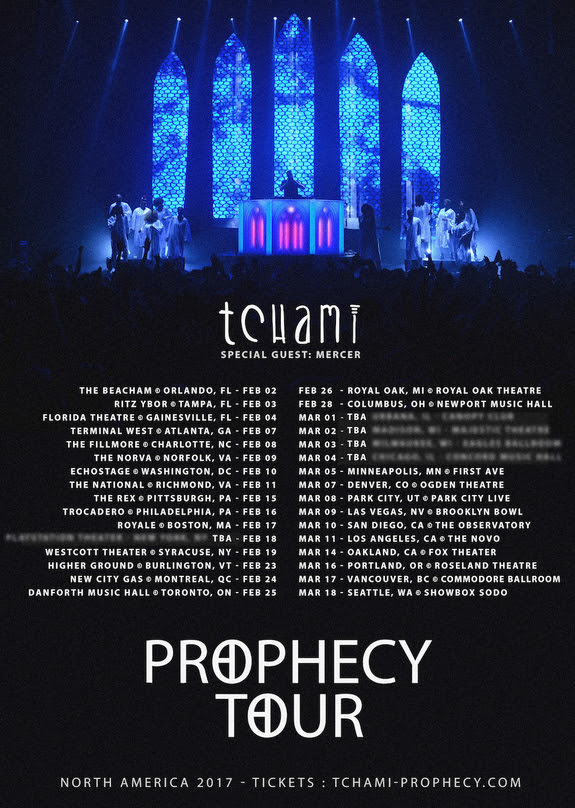 Martin Bresso, known by his stage name Tchami, is a French house music producer from Paris. Tchami most commonly produces “future house” music, and came into widespread recognition after releasing a remix of “Go Deep” by Janet Jackson. Tchami has done several supporting tours with successful electronic music artists such as Skrillex, Diplo, and DJ Snake. Tchami acquired the stage name that was given to him while in Africa, and is also attributed to a number of remixes and collaborations with DJ Snake, AlunaGeorge, Kaleem Taylor, Oliver $ and Jimi Jules, Mercer, Martin Garrix, Candyland, Jack Ü, and AC Slater. The original single “Promesses” attained a peak position of number 7 on the UK Charts.