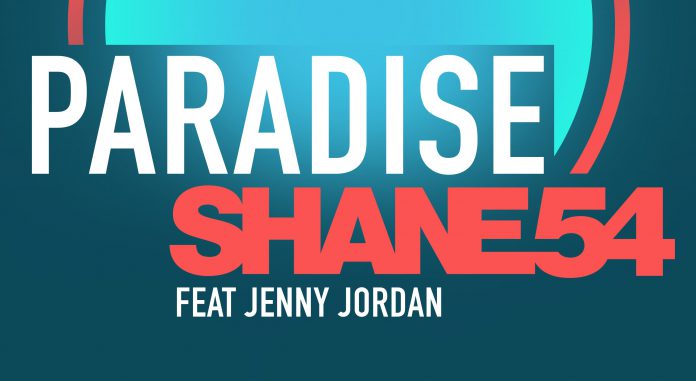 Shane54 has brought us to “Paradise” with his latest release, and will be debuting as a solo act tonight at ExchangeLA!

It has been a whirlwind career for the Hungarian Trance/Progressive-Trance DJ & producer duo Myon & Shane 54 but all good things must come to an end. As the winds of change are constantly churning and evolving the dance music scene, sometimes these winds of change hit home near and dear with the artists we love. Myon & Shane54 also created one of the most highly regarded weekly radio shows focused on broadcasting dance music, formerly titled “International Departures”.  Today, Shane54 has taken the reigns on that radio show and it is now called “International Departures W/ Shane54”. We were all very sad and stunned to hear the news about the split but I am proud to announce that Shane54 is back in the saddle and has come packing a debut solo track called, “Paradise” as well as a debut solo performance tonight at the iconic Exchange LA, opening for BT and Late Night Alumni!

Check out our interview with Shane54 HERE!

Let’s start by getting to know the fresh new track. “Paradise”, out now on Nettwerk Music Group, features the vocals of songbird Jenny Jordan and I would be lying if I didn’t say it is an extremely uplifting and gorgeous expression of who Shane54 is an artist! The track leads in with heavenly vocals that reach a peak, forcing your hands to the air. Suddenly, the track dives into a power packed drop that rivals most drops that I have heard to date. In the latter half of the track, the drop is paired with the vocals leading the song out with a grand crescendo. As I listen to the track I am instantly drawn to its energy and message. It’s about running off to am uncharted paradise with the one you love most. Prediction: This will be a track that festival and club masses will be inspired to sing along with, rocking the dance floor with one united voice. “Paradise” is an uninhibited explosion of passion just waiting to be released through the big speakers. This one is going to be a hit!

“Insomniac invites you to explore a world of synesthetic rhythm where anything is possible, uncovering the mysteries within the music and within ourselves. Rediscover a sanctuary of sonic unity and awaken your senses every Friday at Exchange LA”, says Insomniac about the weekly club event.

Shane54 will be joining the ranks with BT, Late Night Alumni, and Spencer Hardwick for a night of musical transcendence only this group can deliver. The event will be a pivotal marker for Shane54’s career as he will be taking the stage for the first time without Myon as a true solo artist. This is going to be a night to go down in history and if you take into consideration the power dripping off of Shane54’s debut track, “Paradise”, this is a set that you are not going to want to miss out on! This begins the next chapter in Shane54’s life so make sure to grab your ticket and come out and support all of the amazing talent!

Check out the event page on Facebook for up to date information.