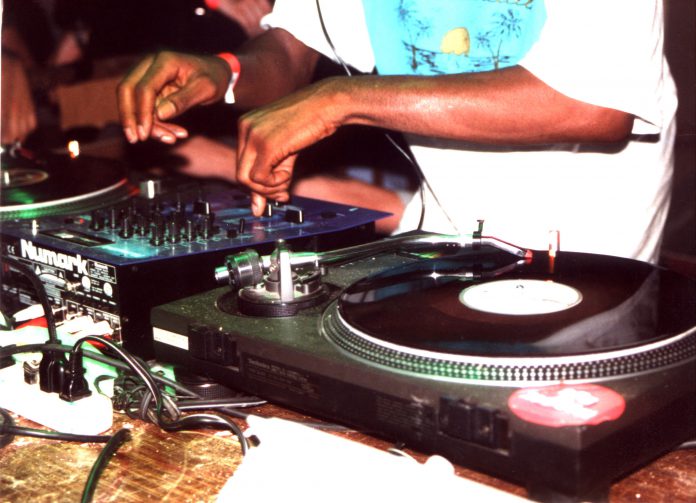 In the era of digital deejaying, laptops, and USB sticks, most of the origins of DJ culture seem buried in the history books.

While every DJ whose mixed for longer than ten years will fondly recall the following name and model, Technics SL-1200mk2, many modern DJs never had the pleasure of vinyl manipulation, and instead are resolved to sample based scratching technology in the modern CDJ or DJ controller. There is one organization that still embraces the art of the scratch thought as a performance, the DMC!

If you are a fan of A-Trak, you’ve likely heard that he was crowned the youngest ever DMC World Champion.  What does that mean though?  DMC, or Disco Music Club, is a late British music label that in 1985 began a competition of DJs.  Here DJs flaunted their talents, and the format of a competition evolved into today’s beat juggling, scratching and other forms of turntable manipulation, summarily called “turntablism.”  For A-Trak… well, he did the feat at the ripe age of fifteen years old in 1997.  I’ve taken the liberty of posting it below. Mind blown!

While A-Trak shows his skills at the age of fifteen, you may wonder why it matters for the modern DJ…

One reason I’ll quickly share comes from Laidback Luke — knowing the art of turntablism opens creative doors in the back of a DJ’s head during a performance, and allows for greater freedom and a bit more risk taking in transition and style.  Think of it this way – the 30-second mark near the end of track suddenly becomes a lot less scary when a DJ has the skills to scratch and drop a new track in when the moment is ripe.

Here’s an example of a more recent A-Trak clip manipulating music in a modern sphere and having some party fun with it.  Yes, it’s Deadmau5… and a routine with Ghosts & Stuff… but the last 3rd of the routine is a gem and shows exactly how beat juggling and well-timed scratches can really create a new atmosphere with the familiar.  Jump to the 1:28 mark to see what I mean.

Back on track though — let’s face it.  This championship is focused on a specific style for sure but that has no modicum of worry for the genre of a DJ.  Instead, one ought to realize how universal the skills honed in the competition can be behind the booth in the toolbox of a DJ.

In the modern DJ booth, manipulation at this level is extremely uncommon.  Rarely are sets so summarily cut up, chopped into feverish samples, and juggled in seemingly random patterns.  This shouldn’t be a surprise though – DMC World Championships only grant a six-minute window to each contestant, where they must show why they should be crowned the number one.

I stumbled over a routine by this year’s champion in my Facebook feed – a DJ from Japan known as DJ Yuto (pronounced you too).  In it, the young Japanese man really showcases a wide variety of manipulation using all tools at his disposal.  His laptop rocks the track selection, foregoing the old school vinyl manipulation A-Trak showed above.  He’s got samples loaded and ready to go at a finger’s press. He hash behind the back cross-fader throws in his pocket, and he even manipulates echoes, fades, and assorted digital effects effortlessly in his routine.  He even recreates a Swedish House Mafia melody in his set.

What instantly hit me listening to his set wasn’t the technical wizardry of it… but the fact that he blends style so well into the performance.  There’s plenty of creative effects use, and extremely well-timed track juggling.  It’s invigorating… not because the digital tool set is stale, but because showmanship and ease of use have made so many DJs either lazy or sets stale.  This isn’t to say DJs should go out and beat juggle every song.  Lord knows, as a DJ myself, I certainly don’t.  But wouldn’t it be refreshing to hear some cut up melodies blended into the fray to throw a curveball at the right time?  Sure, some DJs are great at that still – the now 40-year-old Laidback Luke, A-Trak, TJR., and even Fatboy Slim (in his more creative, less festival focused sets).

Here’s the problem I’ve often found in the current stream of DJs in the booth — they don’t imbue their set with passion and art.

Instead, a large majority of DJs get in the booth, armed with some top 40 Beatport sellers and a few classic to spice a set up, and then jump around like a fool.  They don’t get the manipulation of music, that they are a tastemaker beyond their own studio tracks, that they can cultivate the tide of creativity and blend styles and sounds that are familiar to the unfamiliar, or vice versa.

That’s why DMC World Championships are still important to the modern DJ.  Congrats need to go out to each winner – regardless of whether you dig their sound or not.  They’re honing a craft, working on the knife’s edge of what’s possible in a short window, and impacting how technology and music blend into a performance.  I put Madeon’s hit “pop culture” mashup in the same category as what these guys do.  Sure, it’s a different tool – but it broke the boundary and showed the beauty of what’s possible.  This is the fresh burst of air, the beauty of the deep, and the great wide ocean before us – so I implore DJs to take chances with the spark of creativity.  Break a rule.  In a recent episode of Otographic Arts, Japanese Trance DJ Nhato suddenly dropped this awesome breaks remix in his hour-long mix. I wish I could quick link it, but Mixcloud doesn’t allow that.  Check out the whole episode, and in the second hour, you’ll hear what I mean.  Take the chance, and behold the wonder of diversity.

What are your thoughts on turntablism? Do you have a favorite artist that incorporates the skills of the old school? Let us know in the comments! 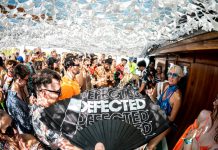 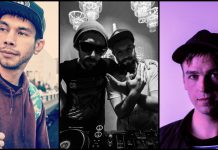 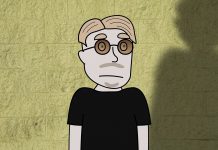 Noizu Gives Us The Lowdown on “DANCE”, Beyond SoCal, & More!