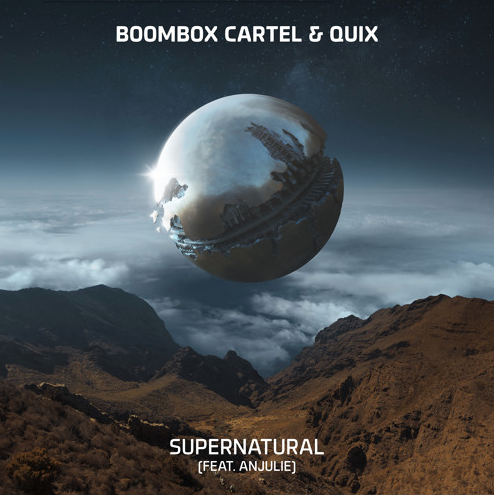 Boombox Cartel and QUIX join forces on “Supernatural,” the trap anthem everyone has been waiting for.

Boombox Cartel can do no wrong. Their intrinsic and incredible production skills have launched them to the top of the electronic dance music scene. If you haven’t heard of them specifically, you have definitely heard one or two of their songs played out by your favorite DJ. The duo is comprised of Jorge Medina and Americo Garcia and they have been making music together for a few years. It’s only recently that their unique trap sound has been noticed and got them a record label deal with Mad Decent. However, they have definitely found the formula to create some of the best music around.

Jonathan Schnell, or better known as QUIX, has collaborated with a plethora of artists in a short period of time. Seemingly, everyone wants to work with him and for good reason too. This young New Zealand producer has crafted a great sound for himself and has done remixes for Slander & NGHTMRE, Troyboi, Jaykode, and Party Thieves.

The release of this new collaboration between Boombox Cartel and QUIX is a longtime coming. Fans and blog writers alike have been clamoring as to when this song was set to release due to the frequency it would appear in DJ sets and mixes and absolutely tear the scene apart. Thus, when it finally did release, everyone went wild.

Listen to Supernatural (feat. Anjulie) by Boombox Cartel and QUIX:

“Supernatural” brings together the talents of all three of these young and insanely talented dudes. The song starts off with a pretty soundscape paired with the lush vocals of Anjulie. This provides a stark contrast to the first drop of the song – a completely chaotic, but outstanding set of metallic synths and filthy bass. The second drop of the song is more of a future bass style that gives listeners a breather.