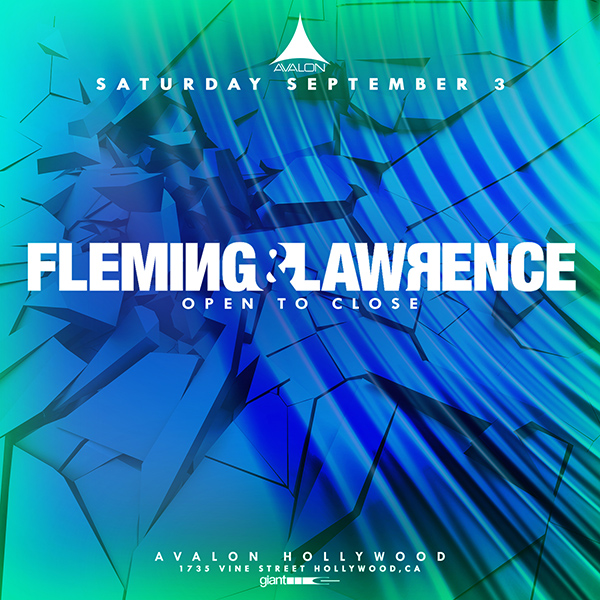 On Saturday September 3rd, Avalon Hollywood will be playing host to psytrance legends John “00” Fleming and Christopher Lawrence, together forming Fleming & Lawrence. The duo will take the crowd on an 8-hour journey through deep, hard, psy and underground trance.

John “00” Fleming is a British producer and DJ whose career spans over 20 years. He is a pioneer in the field and is known for being passionate about his craft and outspoken about the scene. While some may change their sound to target the masses, Fleming has stayed true to what his fans call “the J00F” sound. This style is difficult to describe as it takes on multiple different forms; generally, it is deep, hard, and aggressive while infuses the underground and psy sounds. Fleming is fearless behind the decks and stays perfectly in tune with his crowd.

Want to hear more about John ’00’ Fleming? Check out his interview from earlier this year here!

Christopher Lawrence is one of the most well respected DJs in the dance world. He hails from the United States and is a purveyor of a more underground and progressive psytrance style. He made his journey from self-promoted warehouse parties in San Francisco, to being invited to play clubs in California and soon-after, around the world. Hearing him play has been described as a spiritual experience as his tracks are hypnotic, psychedelic, and simultaneously deep and dark.

Listen to one of Christopher Lawrence’s latest tracks:

Together, Fleming & Lawrence have almost 50 years of collective experience in the music world. They have each received numerous awards, played major festivals including Luminosity Festival and the Electric Daisy Carnival, and have played numerous clubs around the world all while consistently producing high quality music and noteworthy sets. I have heard nothing but positive reviews of their all night sets and look forward to finally experiencing one for myself.

Win a Pair of Tickets to Fleming & Lawrence at Avalon Hollywood