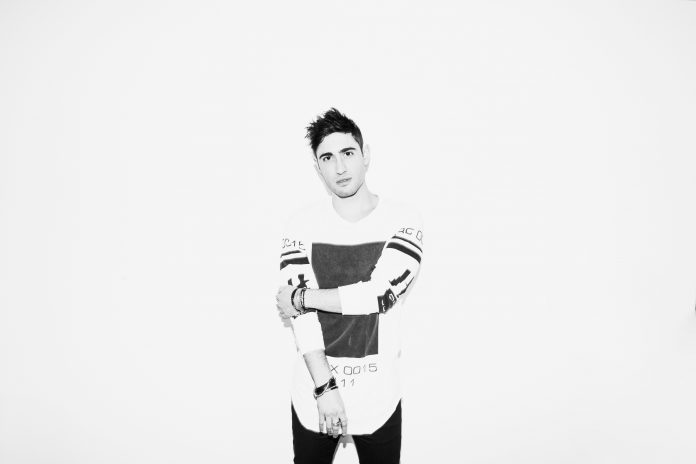 Las Vegas resident from the age of 13, 3LAU (Justin Blau) has been on his share of festival lineups this year. Fresh off the main stage at Digital Dreams, Sunset Music Festival, and more, it is clear that he’s taking the dance music world by storm. That world may have been very different place – known as “The DJ who turned down Wall Street”, Justin’s love of music drove him to give up a career in the financial world to pursue his love of music. In case you haven’t had a chance to check out one of his sets this summer, you’ll be able to catch him next month at Ile Soniq in Montreal, Electric Zoo in NYC, and Nocturnal Wonderland in San Bernardino.

We got a chance to catch up with Justin before Digital Dreams in Toronto to find out more about his beginning, his future, and what drives his success.

How do you compare the electronic music scene in the United States versus Toronto?

I’ve always said that Canadian crowds know more than any other crowds, especially Toronto more-so than anywhere else, and Montreal as well. I feel like dance music’s been big here for a little bit longer than it’s been big in the US, and so the crowds are more educated up here and it’s fucking awesome.

How does living in Las Vegas affect your view of the electronic scene?

You know, I get that question a lot, and it actually doesn’t do anything.

Not really. Vegas kind of operates independently from the rest of the world in dance music, it’s like the Disney World of dance music. I kind of live in Vegas, I live really far away from everything and it’s really nice. I get to zone out, I get to be creative, and I feel removed, if not more removed than a part of the party. So yeah, so that’s usually not the expected answer to that question.

Who are the artists that helped you get to where you currently are?

Ooh, I would say like Hardwell and Tiesto have both played pretty big roles in my career, you know, Tiesto signing one of my first records and just being a big influence of mine. Hardwell also signing my first record ever and helping me out a lot when I was nobody, getting me out there, and putting me on shows with him and stuff. It’s been an honor to know people like Calvin, and to know people like Zedd, Anton’s done a lot for me, I’ve played a lot of shows with him on his tour, I’ve played three, I think, or two stops on his most recent Colors tour. I played Staples Center with him in LA, it was incredible. But that’s what’s so cool about being a DJ, it’s like most of us, we’re all friends and we all play each other’s music, and it’s a very unique kind of style. Were you ever nervous about doing mashups, and did you ever feel like you got any flack for doing them?

Oh, I get so much flack! Everybody hated me when I started! But they are an art form and I think the proof is in the numbers more than anything else, I mean the most recent mashup I did has 20 million plays on SoundCloud, not even Spotify, and you can’t deny that it’s not just easy to do. If it was, everybody would have a 20 million play mashup. I think mashing stuff up is a quicker art form but it’s still an art form, I love doing it and I still do it. It’s how I play all my sets, but I got flack for it all the time back in the day. It was actually a big motivator for me to learn the production side of things because I got so much hate. I was really pissed off and was like “fuck this, I can do this” and that’s usually every part of my career. Every step that I take has always been about doing something cooler, better, and different. For the past six years, I’ve tried to do that every single year.

What’s your favorite song you’ve released to date, and why?

Definitely my most recent one “Is it Love“, and the Arty remix is incredible as well. It’s because it’s the most “me” and because I didn’t try to do anything with it. I just made it, it was what it was, we released it, and it’s been doing incredibly well. So my future music is kind of the same. I used to make music to play live, and now I just make music that I want to make, and it’s more fun and more rewarding. The music’s better because it’s truly me, and it’s very exciting.

That’s the goal! When do you find that you are most creative?

At night. At night at home when no one else is around.

Why did you turn down Wall Street to be a DJ?

Because I love music!

Because you love music?

Perfect segue into my last question! What about the music do you love the most?

That’s a good question! What about the music do I like the most… you know, I love the excitement when you hear something new and it just pulls at your heartstrings and you’re like “what the fuck is this?” That moment of discovery is like one of the happiest moments that I have in life. It just happened yesterday, I was at BarChef and the new Red Hot Chili Peppers album just came out a couple of days ago. I heard a song, I didn’t know that it was the Chili Peppers, I just heard the intro, the vocal didn’t come in yet, and I’m like “Holy shit, what is this?” I looked, and it was the new Chili Pepper album, and I thought to myself, “That’s why they’re so big, because they do it every fucking time,” and that’s what I strive for with my music. I strive to be around forever, and to make things that are truly timeless.

Connect with 3LAU on Social Media: