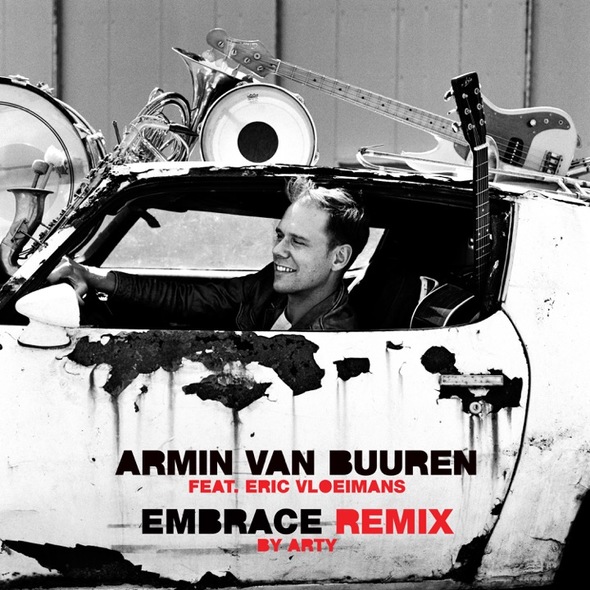 Armin van Buuren’s newest ‘Embrace’ album is full of beautiful tracks that combine orchestral progression, incredible lyrics, and notes of the trance legend’s signature genius. One of my absolute favorite pieces on this album is its title track, ‘Embrace’, that introduces innovative trumpet melodies and carries the listener on a stimulating and emotionally intense journey of sound. Now, seven months after the album’s initial October 2015 release, Russian DJ and Producer, Arty, has come out with an incredible remix that will have you hooked immediately!

Arty, known for his progressive house/progressive trance style, has brought Armin’s ‘Embrace’ back into the limelight with innovative new technique. His remix will have you bouncing with uptempo beats, added bass, and progressive style all while still respecting the beauty and melody of the original piece. He takes the song from an album intro to a main stage festival hit complete with depth and dimension. I love the way that incorporates all the elements of ‘Embrace’ while truly showcasing Arty’s style and talent. I’m positive we’ll be hearing this rendition all over the place!

You can purchase the track here.

It’s no wonder that Arty has created such an awesome remix! He’s been rocking the trance scene since 2009 when he came out with incredible compositions like ‘Bliss‘ and ‘Rebound‘. He’s performed on some of the biggest stages in the world such as ASOT 500, EDC, and Tomorrowland all while delivering a BBC Radio 1 Essential Mix that wowed listeners all over the globe. Better yet, he’s even collaborated with Armin van Buuren before on the hit ‘Nehalennia‘, which saw its release hit Armin’s own Armind label. Arty is powering through 2016 with full steam ahead…I can’t wait to see what he releases next!