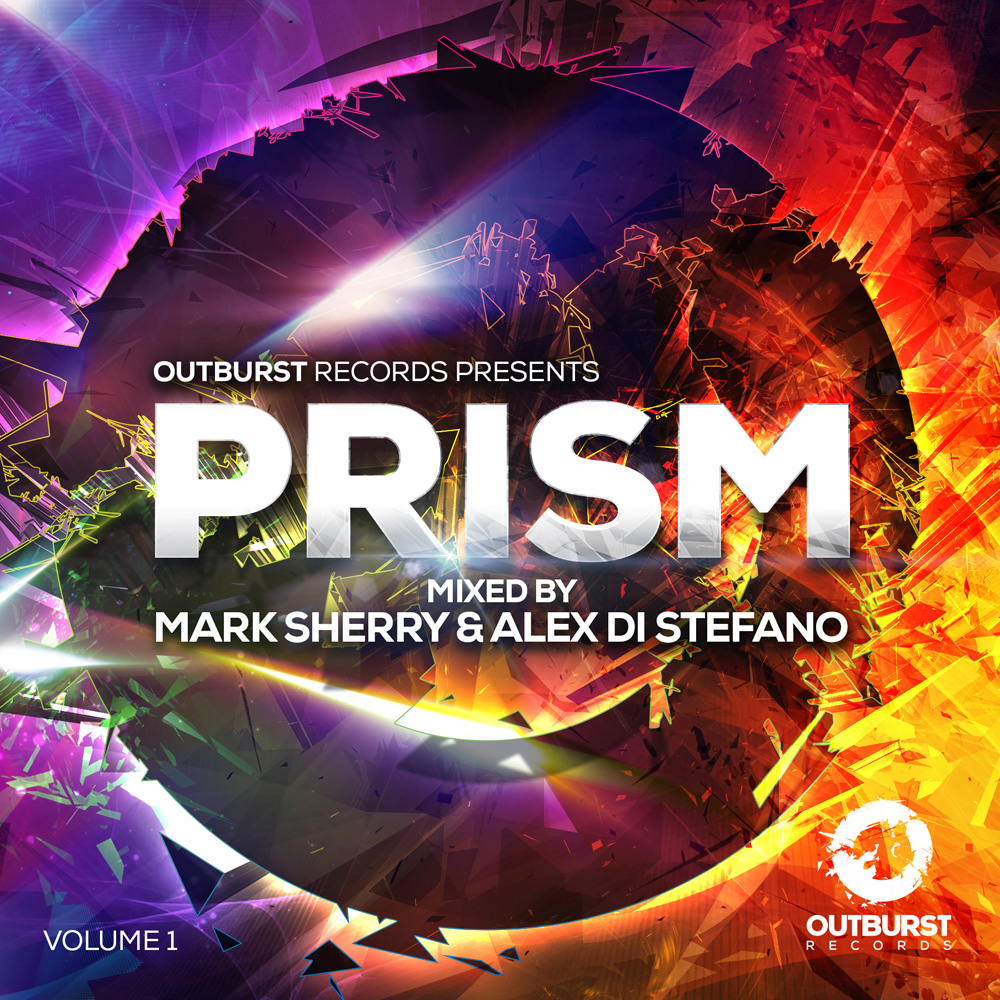 Mark Sherry‘s own Outburst Records has had a seriously busy and successful run and it does not show any signs of slowing down. Not only helping to re-establish Mark Sherry’s place among the most influential producers in the business, but also by its ability to establish new artists, release singles that top the charts, and define its own unique sound and brand. This month marks yet another milestone for this incredible record label as ‘Prism Vol. 1‘ takes to the airwaves on June 24, mixed by none other than Mark Sherry himself alongside Alex Di Stefano! This marks Alex’s first ever compilation record and what a hell of a way to start!

So let’s talk about the music. The 1st disk includes mixes from Mark Sherry. Some of the tracks he has chosen are Solarstone’s “Lost Hearts“, Project 8’s “Injector“, Bryan Kearney & Will Atkinson’s “The Game Changer“, and Joint Operations Centre’s “Dexathol“.  This should give you an idea of how incredible this compilation CD truly is! That’s just the beginning! Disk 2, mixed by Alex Di Stefano gives us tracks that include Max Graham’s “Amnesia (Alex Di Stefano Remix)“, Sean Tyas’s “Unleash (Alex Di Stefano Remix)“, Will Atkinson’s “Subconscious“, and Ferry Corsten’s “Beautiful (Aly & Fila Remix)“! Need I say more? Let’s let Mark Sherry give you some details about his upcoming release:

’Outburst pres. Prism’ is the first in a series of releases that aims to encapsulate the most literal meaning of tech-trance: techno meets trance. My guest mixer for this debut edition is Alex Di Stefano – a name that has literally exploded onto the trance scene in recent times. It is a real pleasure for me to have him on this album. I think he is one of the most talented forward-thinking producers out there at the moment.

Check out the latest episodes of Outburst Radio on SoundCloud:

So who is ready for some killer tech trance insanity? Pre-order your copy of Outburst Presents ‘Prism Vol. 1’ here!

In my opinion and from personal experience, trance addicts need to keep their eyes set firmly on these dance music heavy weights as they continue to rock the scene with game changing releases and spectacular live shows. In fact, Mark Sherry will be heading to Soundbar Chicago for Damaged Night on July 16th. You can also check out Alex Di Stefano as well as Mark Sherry as they take the stage on July 18th at Exchange LA for Ben Nicky’s Head F**k 50. Happy trancing!