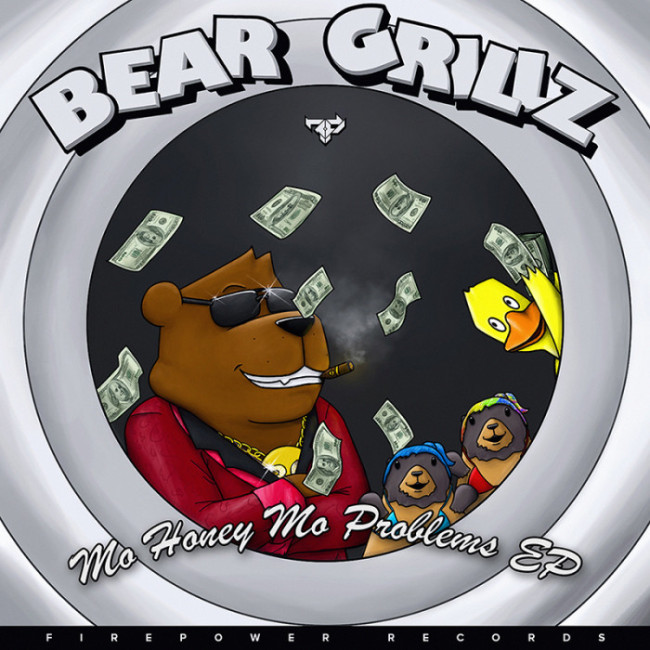 Bear Grillz has left his paw print on the electronic music scene with his unique stage presence and productions combining the best elements of big room and dubstep. The first track, named “Fuck Bitches Get Honey”, will get the crowd pumping with its catchy lyrics and floor breaking buzzsaw synth and dubstep beat structure that Bear Grillz is known for. A common theme in the EP is the emphasis on melody, which is a welcomed addition to Bear Grillz’ discography. “Every Day”, the second track, shines through with its funk elements and is more laid back than his usual releases. Don’t be fooled though, the track interweaves between the softer melodies to rage induced headbanging territory in mere seconds.

A welcomed surprise is the track “Going Down (Under)” because of its Australian theme and hardstyle structure. While it does explore uncharted musical lands that we haven’t heard before from Bear Grillz, it quickly returns to his dubstep roots. This is a track you’ll want to hear live – whether you live down under or across the pond. Finally, the last track of the EP is “Back On Top” with his beloved vocal sampling and dubstep roots. The buildup pumps you up until the drop slays the dance floor.

We can’t wait to hear Bear Grillz play these tracks live at the 515 Alive Festival in Des Moines, IA on July 22nd. More information and tickets can be found here.