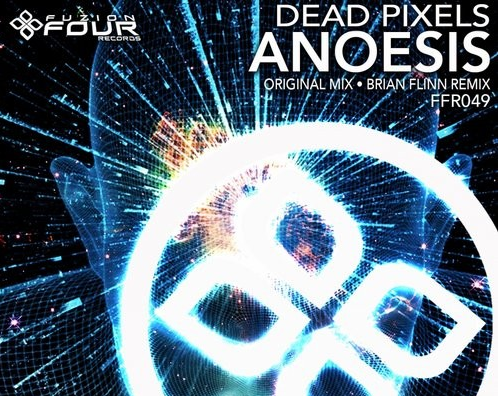 If you love trance, then you’ll love Brian Flinn’s new remix of the Dead Pixels original, Anoesis which was released yesterday on Fuzion Four records. Flinn puts his amazing touch on the track, producing a truly high quality sound that has already received support from huge names such as: Paul Van Dyk, Kenneth Thomas, Manuel Le Saux, Sean Tyas, Ahmed Romel, and more. Anoesis is the perfect blend of uplifting and tech trance and is sure to get you grooving!

Flinn not only has produced a ton of amazing original tracks like Ultra Violet and Dark Skies Over Kansas, but has also co-produced epic tracks such as Vanaheim with Standerwick.

If you’re interested in checking out Flinn live, he will be playing this month in St. Louis, MO at Upstairs Lounge on April 29th for Off the Grid Presents: Brian Flinn. Tickets for the event can be purchased here.

Brian Flinn’s Anoesis remix can be purchased here on Beatport.

Fast becoming a top contender in Electronic Dance Music, Brian Flinn has had his sights on one goal and that’s to charge ahead full steam, never looking back as he churns out production after production and remix after remix. Spending every waking moment he can making the next big tune that will not only captivate and inspire but also render his fans speechless as they fall victim to his groundbreaking drops that has been dubbed by his most loyal followers as “Armageddon Drops”. In a day where there are literally thousands of producers in the dance music industry, it takes serious ambition and drive to push the envelope and create sounds that stand out from the rest — sounds that resonate with not only fans, but also with the top DJ/Producers in the industry who will shed the all important lime light needed to get noticed. Brian Flinn has managed to find that sound, and it has caught the ears and support of the top taste makers of the industry, landing releases on top labels such as Night Vision[Spinnin], Discover, D.Max Recordings as well as his own label Solid Black Recordings. His work has landed support from the most notable names in the industry including Armin Van Buuren, Markus Schulz, Gareth Emery, Simon Patterson, Sean Tyas, Talla 2xlc, Aly& Fila, Tom Colontonio, Paul Webster, Neil Scarborough, Ashley Wallbridge, Lisa Lashes, Paul Oakenfold, Bryan Kearny and more. Brian Flinn has showed no signs of slowing down, and his sounds will only get better and better and with focus on something far greater than himself to see him through each production. Don’t be surprised if he lands himself in the same group of iconic names currently in support of him.