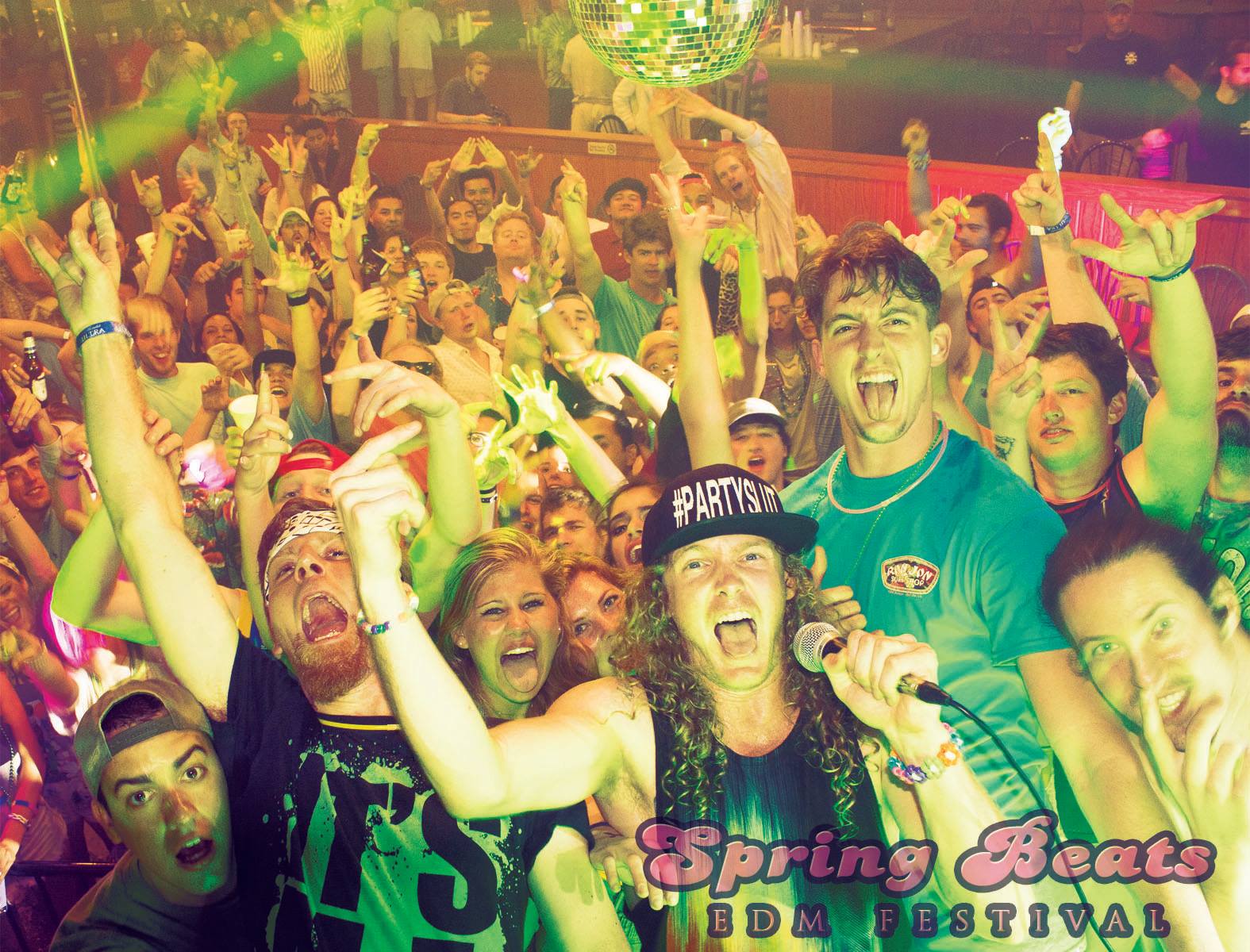 The little beach town of Orange Beach, Alabama was turned inside out last week as thousands of “ready to party” spring breakers flooded in with energy and intensity. With the current ban on Spring Break in Panama City, Destin, and other popular Florida beach destinations, Orange Beach prepared itself for a spring break unlike any they have experienced to date. Wanting to deliver the best spring break experience to the impending flood of free-spirited young adults was high on the agenda for Trapezoid Entertainment and Future Astronaut Co. So they put together a 3-day EDM event that would change the game for the little beach town that my close friends and I call home.

Spring Beats Music Festival began as a 3-day event boasting a lineup that consisted of a combination of 18 of the very best EDM DJ’s both local and out-of-town. Live Bait was chosen as the venue, a large nightclub with multiple bar areas to keep attendees satisfied and well taken care of. Tickets were set at a reasonable $15 pre-sale for a single day pass, $18 at the door, and $30 for the full 3 day experience. Production was of the utmost importance and with the drive to make the biggest impact possible, Trapezoid and Future Astronaut partnered up with Encore Productions & Events LLC and Weekend Warrior Krew who provided a state of the art laser light show combined with mind-blowing special effects that included CO2 cannons and LED video panel walls. Reef Havoc and multiple other vendors came through and set up shop to provide the Spring Beats merchandise and everything ranging from clothing to jewelry. The final touch was provided by a local shuttle service who picked up attendees anywhere on the island to get them back and forth from the party quickly and safely.  With all the details falling into place, the party was set to take flight. Beginning on Thursday the 17th, the party was set to continue through Saturday the 19th. After a huge response and one of the best weekends of dance music to ever hit the city, the party was extended through the rest of the week with some of the scheduled DJ’s coming back for a double dose of craziness! I was present for the main event and my experience was nothing but good vibes. I actually found myself dancing harder than I have in quite some time. Here was a list of DJ’s who took me on a musical journey through the weekend: Spring Beats was an event that was birthed and constructed by a few passionate local DJ’s, producers, and promoters who poured their heart and soul’s into making this the best EDM spring break event ever seen in our little beach town. When I entered the venue on the first evening I was glowing with excitement when I saw the festival quality LED walls and lighting! And as the hours passed it only got better! Lasers were revealed, strobes melted my brain, and the lights danced with high intensity as the top quality sound system rocked the venue with power. It was extremely impressive and it blew my expectations 10 fold. There were moments that the lighting was so impressive that I felt like I was at a major festival in a major city. Kudos to the guys for stepping the game up and bringing that kind of energy to the beach! Now, as with most major events and festivals there will be a few technical difficulties. On the first day, as the kinks were being ironed out, the sound cut out for just a few moments. But being the pros that they are, the MC or DJ jumped on the mic and kept the crowd hype while they quickly aided the situation and got the music pumping once again. True professionals. So as far as production goes, I give these guys a well deserved. Now onto the party and the people!

With a bass heavy tone, a “traptastic” atmosphere, a little hint of free styling, an EDM soaked pulse, and some dirty dubstep that pounded through the airwaves, Spring Beats brought the fire. Even as each night began the energy was still very much present and alive. Each DJ that took to the stage played like their lives depended on it and made choices to pull the crowd in and lock them down on the dance floor where the magic happened all weekend. The crowd was hype every night, cheering, and dancing, and literally communicating back and forth with the DJ’s as each set took shape. The vibes were on point and the DJ’s did a spectacular job playing to the crowd yet keeping each set specific to their taste and style. It was wonderful to see the energy that these spring breakers had and the passion that was present for EDM music and the scene in general. I was brought back to my earlier days and felt right at home as I danced and mingled with the attendees. In the thick of the night some very confident ladies would line up on the stage, shake their booties, show off their dance moves, and get down and dirty to the filthy bass. This brought each night full circle and as the dance floor gyrated I smiled with satisfaction and jumped right in with the masses ready to let go and party.

Spring Beats Music Festival was an incredible success. Spring break on the Gulf has been redefined with Trapezoid Entertainment and Future Astronaut Co. at the forefront of the change. There is so much more to come from these guys as festival season takes shape so make sure to stay locked on their Facebook pages as more epic parties will be revealed.