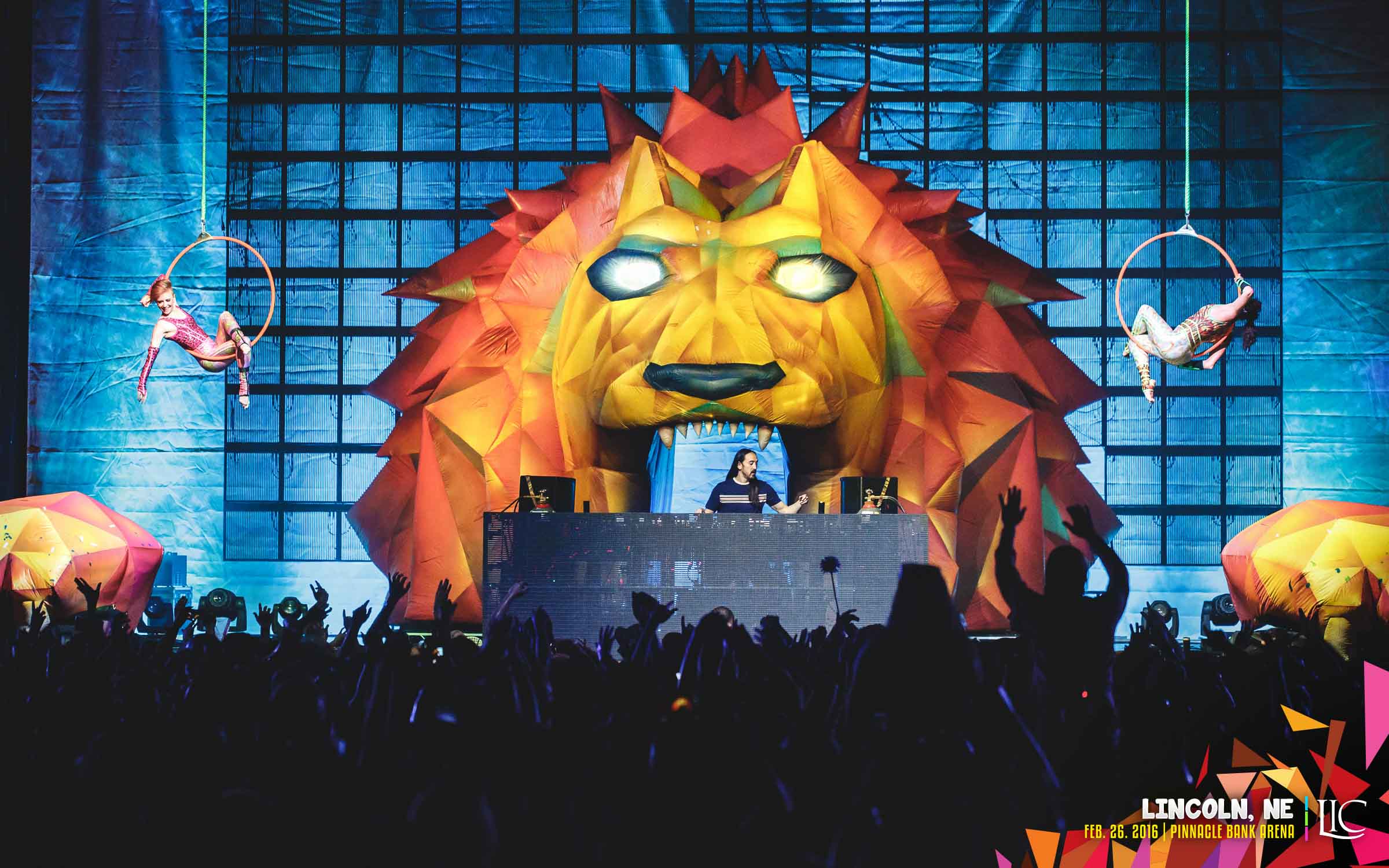 Pinnacle Bank Arena was the gathering point in Lincoln, Nebraska for the Life In Color party featuring Steve Aoki and K Theory on February 26th, 2016.

Confetti, paint, music, and performers kept the crowd partying until 2am in the Nebraska college town. The openers, K Theory, played an assortment of hip hop and trap music that instantly made me a fan of the duo. A highlight of their set was the remix of Eiffel 65 – Blue (Da Ba Dee). Their set lasted slightly over an hour, while common for an opener, made me want to catch a longer set of theirs. If you haven’t already, be sure to catch their free track we featured earlier this year. 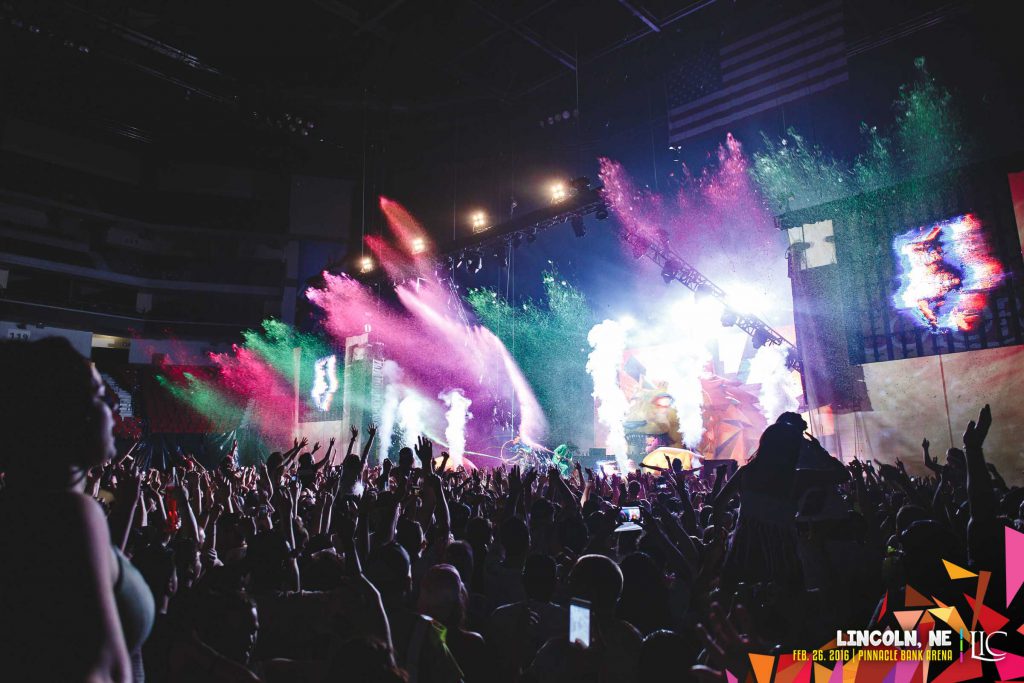 At one point the stage lights shined bright and the MC asked everyone to take a few steps back because people were being crushed at the front. Once everyone stepped back, the party and music continued. Our group didn’t have an issue with the crowd pushing forward because we tend to stay at the back of the room. Standing in the back, in my opinion, gives more room to dance and the stage theatrics give better visuals. 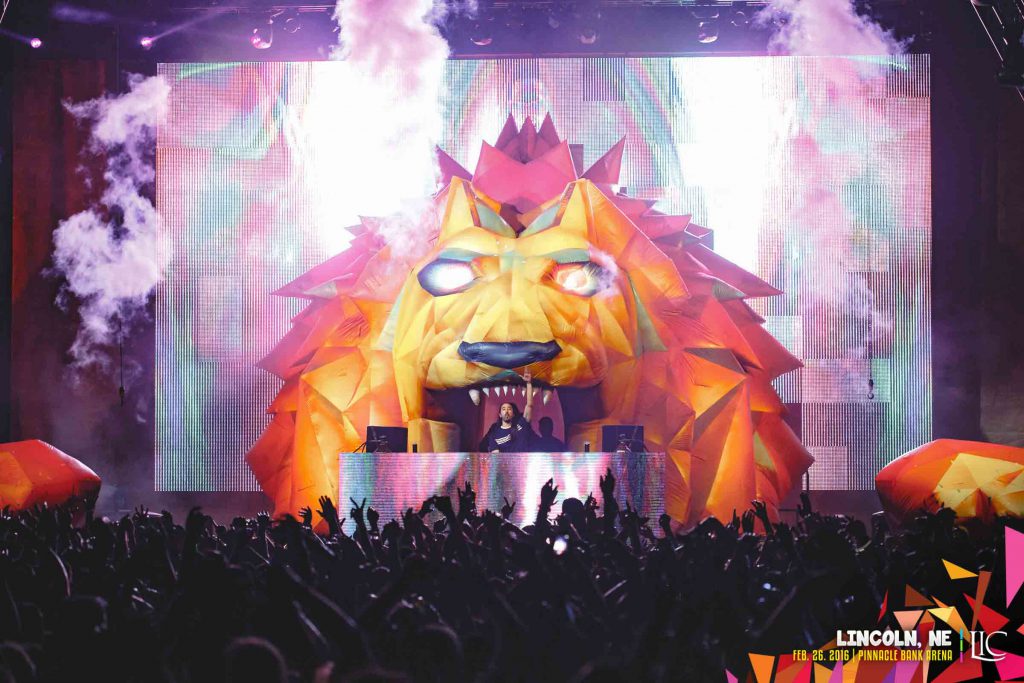 A crowd of over 5,000 paint-ready fans chanted Aoki as the paint cannons were blasted to mark Aoki’s arrival. Once he stepped up to the DJ decks, the crowd truly became part of the Neon Future. He played some of his classic hits, like “Boneless”, while playing current favorites and a couple of unknown tracks as well. I was sad that Steve Aoki only performed for an hour and fifteen minutes. He went on stage at 12:30 AM and finished his set after an encore at 1:50 AM. Certain parts of Steve Aoki’s set seemed to be prerecorded, I just assumed they had to be, because certain portions of the performance like famous cake throwing that Aoki rose to fame doing at his shows.

The crowd had energy flowing through it the entire night. What started as a sea of concert goers donning white shorts and shirts ended as a neon paint covered mosaic of electronic music lovers.

I have been to plenty of shows and concerts before, but never one like this. This show was so much fun and the atmosphere was incredible. It will definitely not be the last time I got to a show like this. Plus watching people get caked was really awesome.

The event appeals to crowds that are new to electronic dance music and the college age crowd. While crowds weren’t as friendly as you would find at an underground rave, I was still able to connect with the crowd and have a good time. Overall, it was a fun night that I won’t forget any time soon with the great party music and atmosphere. You can find the rest of the tour dates and purchase tickets to upcoming shows here! 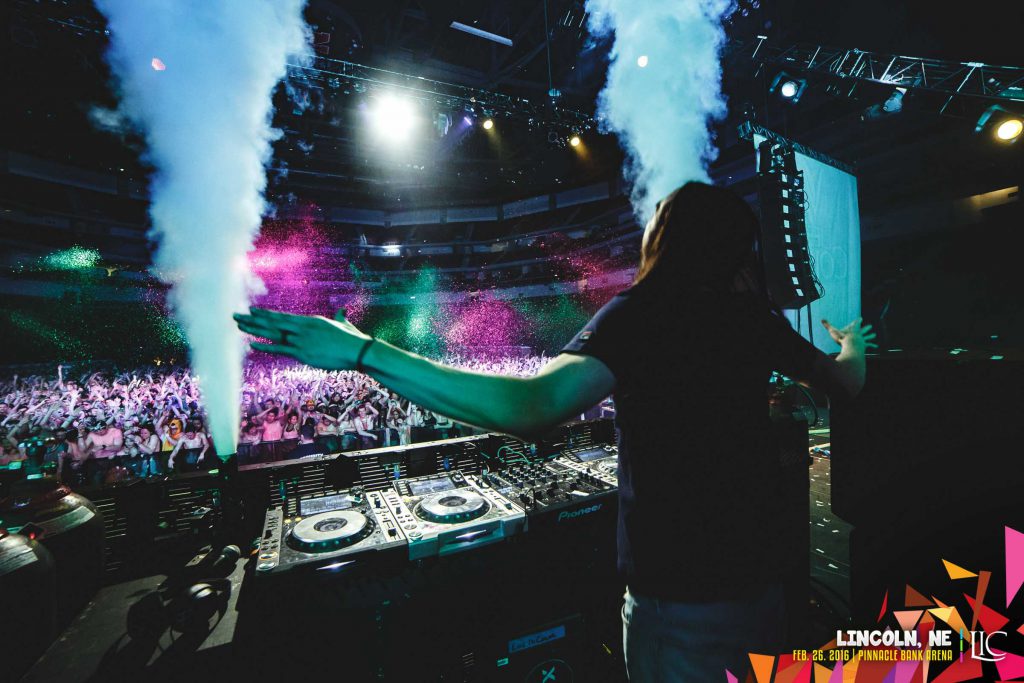