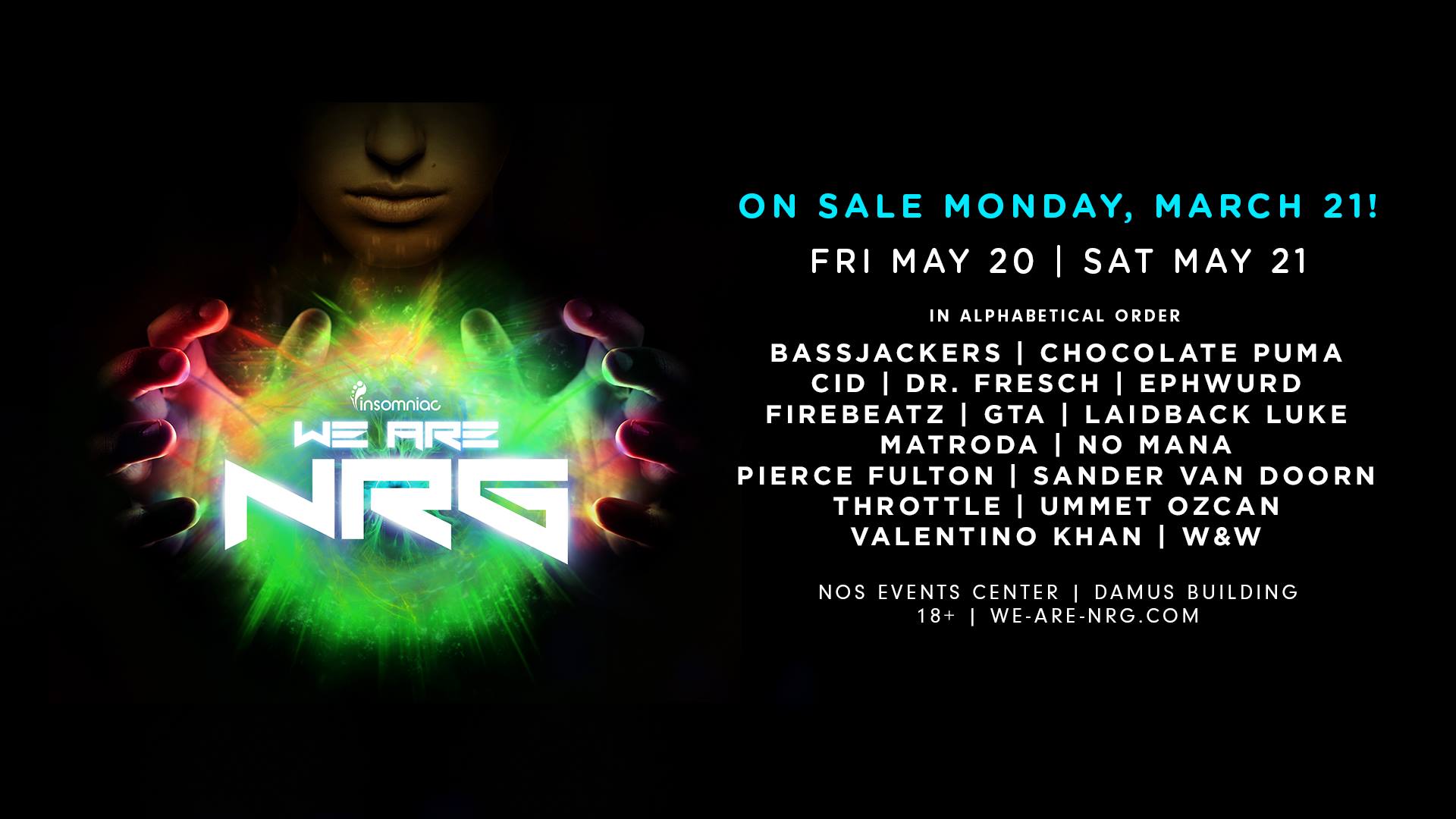 Today, Insomniac Events has announced the return of We Are NRG! The event, which is stocked full of artists who will make your booty move to the beat, is slated for May 20th and 21st! We Are NRG is actually one of Insomniac’s older brand names, which was revitalized recently to showcase the sounds of energetic music that will keep you going all night. After a brief stint in Long Beach, the event will be returning to the NOS Events Center and will be held inside the ever popular Damus Building.

The lineup this year does not disappoint, featuring the best in electro, house and trance. Artists who are playing include Sander van Doorn, W&W, Ummet Ozcan, Bassjackers, Laidback Luke, Valentino Khan, No Mana, Ephwurd, and CID Music. More artists can be found below. Who: Bassjackers, Chocolate Puma, CID, Dr. Fresch, Ephwurd, Firebeatz, GTA, Laidback Luke, Matroda, No Mana, Pierce Fulton, Sander Van Doorn, Throttle, Ummet Ozcan, Valentino Khan, W&W
What: We Are NRG 2016
Where: Damus Building @ The NOS Events Center
When: May 20th & 21st
Why: Because we all need some more NRG in our lives.

Tickets go on sale Monday, March 21st and can be purchased HERE!