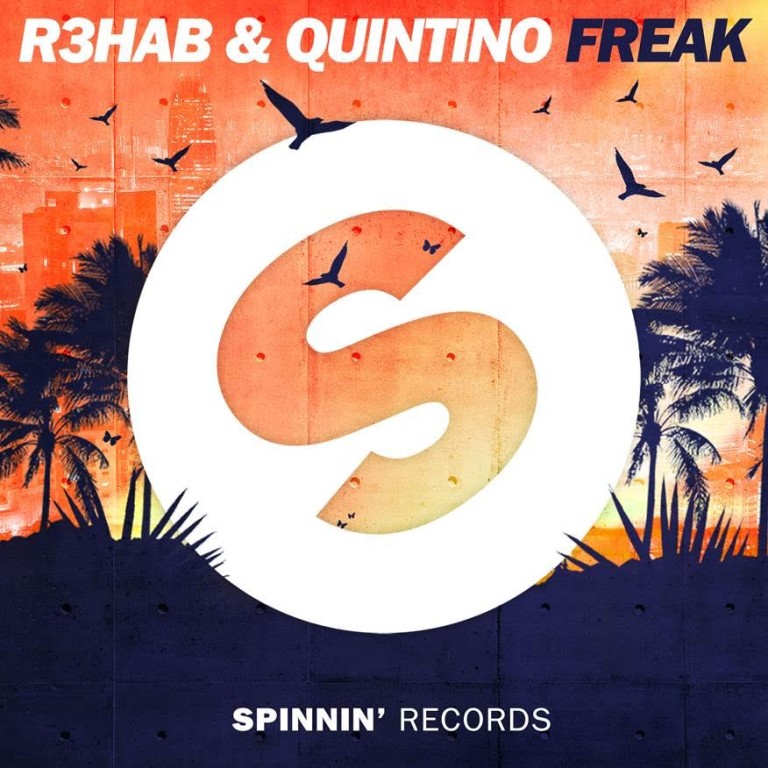 R3HAB is no stranger to collaboration and music. In fact he is touted as one of the most notable remixers of all time, having worked with the likes of Taylor Swift, Beyoncé, Calvin Harris and John Legend. He has the popularity and talent which has garnered him a spot headlining at some of the world’s largest music festivals and clubs. Quintino is the rising star in the music industry. Over the last two years he has really begun to find his own sound and audience. Just last year he climbed 6 spots in DJ Mag Top 100, had 2 million views of his electro version of ‘Devotion’ and has just recently achieved 100K subscribers on YouTube. He arguably began the current Big Room House trend with his prior collaboration with Sandro Silva, “Epic”.

Together they have joined forces to release their new single “Freak”. This instant summer classic is sure to make you smile. The catchy chords and slight nod to tropical sounds with classic R&B vocals is sure to attract the crowds and happy vibes. Get ready to find your freak on the dance floor.